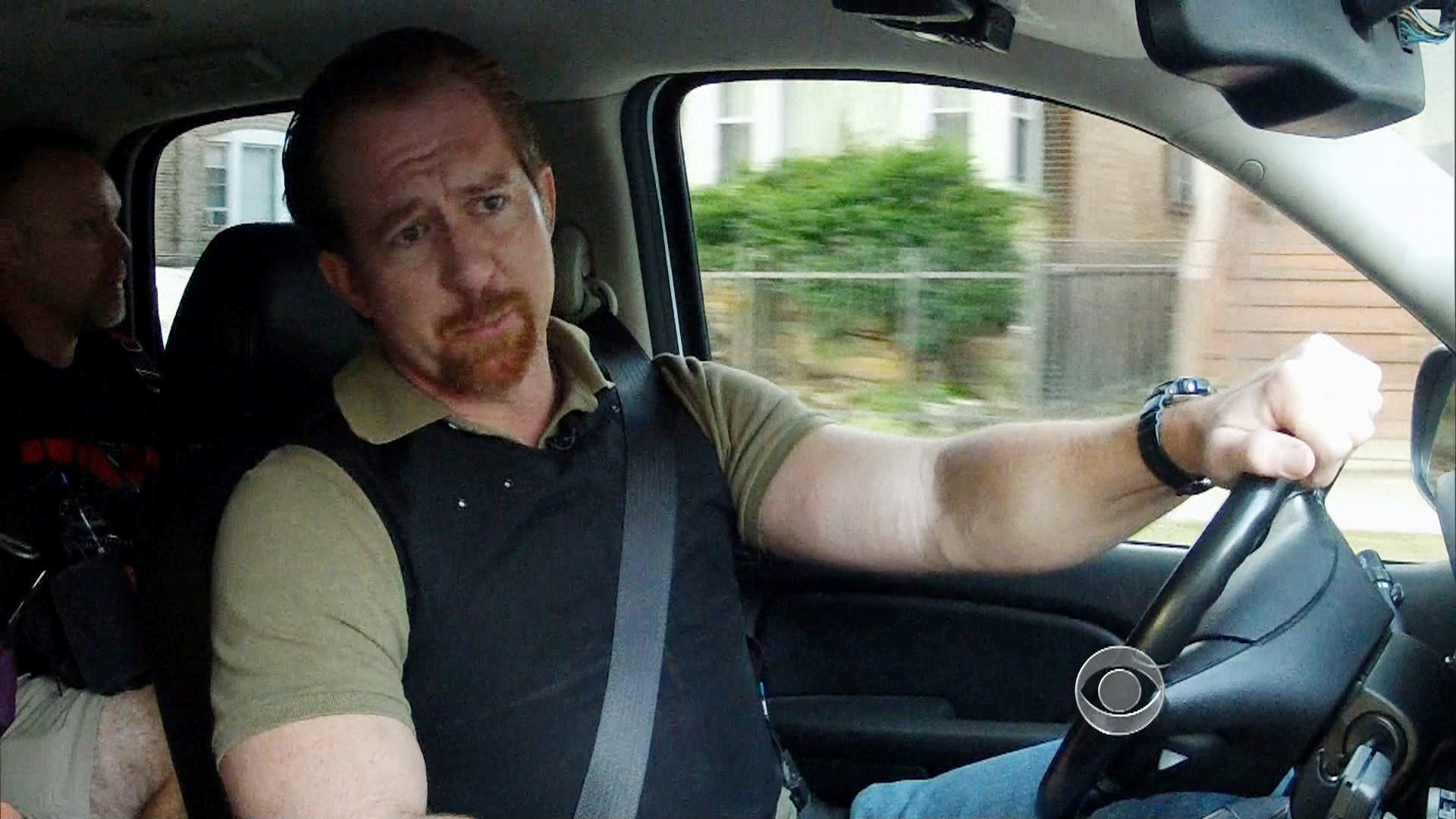 (CBS News) CHICAGO - Chicago is in the grips of a deadly gang war. At least 275 people have been killed in the city so far this year and many more have been shot, many of them innocent bystanders to the gang violence. Among the latest victims were 12- and 13-year-old girls shot Tuesday night. They survived.

Sgt. Matt Little leads one of the teams in Chicago's Gang Enforcement Unit. There are about 200 such officers in the city-- versus 100,000 gang members.

"Almost all the violence we're seeing now is from the gangs," Little said. "When there's a shooting we'll respond to the shooting. We'll figure out where we believe the most likely area for retaliation is and we'll work that area trying to both prevent retaliation and possibly build a case on offenders."

CBS News rode along with Little's team as dusk fell on poor neighborhoods of vacant lots and high anxiety.

"The gangs have lost their hierarchy, so to speak, and without a chain of command, there's really nobody keeping things in check," Little said. The leaders are mostly in prison -- or dead. Those left are young, reckless, and often terrible shots.

"Instead of a bullet with somebody's name on it, we have a bullet that reads 'To whom it may concern,'" Little said. The result is a spate of shootings that have killed or wounded young children, even toddlers.

The victims include 7-year old Heaven Sutton, at left, shot to death selling candy outside her house. Ten-year old Kitanna Peterson, at left, was playing by a fire hydrant when she was shot last week. A stray bullet went through her wrist and abdomen.

The police are also establishing a data base gleaned from interviews with the gang members themselves -- on their whereabouts, grudges or habits -- to anticipate trouble before it erupts. Some businesses that serve as hideouts will also be shuttered.

Little responds to a man with a gun call. In just two hours, we witnessed repeated stops, searches and arrests.

"They are smart enough and savvy enough to have people run interference, to have plausible stories, to have a whole system of things they can bring up to try to interfere with us doing our jobs," Little said. "They know we're out there and that has an effect on what they're willing to do."

He sees the same people "all the time."

Sgt. Little is a decorated veteran of Iraq and Afghanistan. He said that parts of Chicago are comparable to what he saw in combat.

It's "tribal warfare," he said, "and as it continues to build unless we manage to interdict it, and manage to stop it long enough for the blood to stop boiling, the heat to die down."

Chicago Mayor Rahm Emanuel on how to stem the violence: