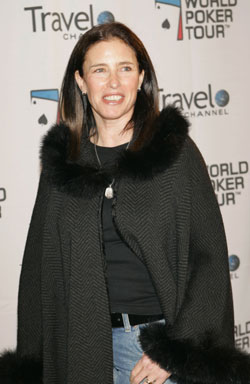 The New York Mets are closing in on the first-place Braves. But they aren't scoreboard watching yet.

Mike Piazza and Robin Ventura hit back-to-back homers in the first inning to lead the New York Mets to a 7-3 win over the Montreal Expos on Wednesday night.

The win pulled the Mets to within two games of Atlanta in the NL East. The Braves lost 2-0 at Florida.

"After the game, you can do that," Ventura said. "But any time you start looking at the scoreboard, it takes away from what you're doing and who you're playing and you can find yourself vulnerable to getting beat."

Rick Reed, who hit an RBI double and won his fifth straight decision for the Mets, agreed that it's too early to be checking scores.

"We've still got a ways to go," Reed said. "We've got a lot of baseball to play. I don't think that starts until September. I think that's like an unwritten rule. If you're in it, you scoreboard-watch in September. Or admit it."

"I think I'm just blessed," Henderson said. "You get excited if you go out and win the ballgame. I'm just happy to be in that class and to get that opportunity."

Reed (8-3) allowed three runs two earned and 10 hits in six innings as the Mets won for the 10th time in their last 15 games.

"I got groundballs when I needed them, some of them just found holes," Reed said. "I was pretty much happy with the way I kept the ball down."

John Olerud drew a two-out walk in the first and Piazza followed with his 20th homer of the season off Dan Smith (1-5). Ventura then drove Smith's next pitch into the right-field stands for his 17th homer as the Mets homered in consecutive at-bats for the fifth time this season.

"Mike and Robin killed those two balls and, not that we loosened up at all, but it allowed Ricto have a little delay and make a couple of mistakes and get away with it," Mets manager Bobby Valentine said. "But a win's a win and we got it tonight."

Guerrero's RBI single in the bottom half of the first cut the lead to 3-1.

The Mets chased Smith with three straight hits to lead off the second, including Reed's RBI double which made it 4-1.

Smith lasted just 1 1-3 innings, allowing four runs on five hits. He is 0-5 in his last seven starts since winning his major league debut with a three-hit, seven-inning outing against the Boston Red Sox on June 8.

"He didn't have it," Expos manager Felipe Alou said. "He's been sick for a few days. I think he was throwing the ball pretty good. He just had no command, especially with his fastball. I had to take him out after (Reed) got the hit."

J.D. Smart relieved Smith and picked off Reed at second base before Rickey Henderson, who has 999 career RBIs, hit a two-out double.

Smart retired the next 10 batters before Edgardo Alfonzo and Olerud hit consecutive doubles with two outs in the fifth to put the Mets ahead 5-1.

Montreal drew to within two when White led off the sixth with his 11th homer and Guerrero followed with his 20th on Reed's next pitch to make it 5-3.

The Mets added two runs on Alfonzo's second straight double to score Henderson in the seventh and Brian McRae's RBI grounder in the eighth.