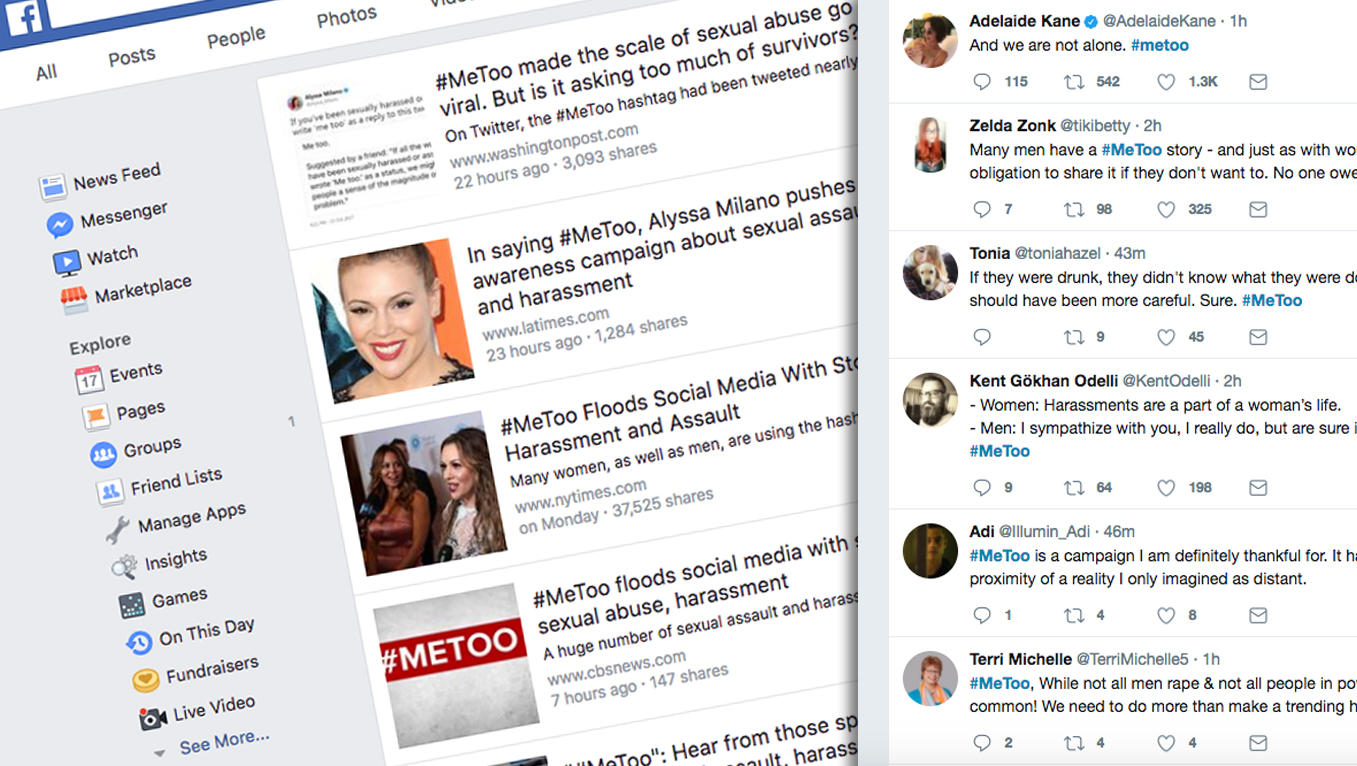 The "Me Too" social media movement, which went viral after actress Alyssa Milano shared it on Twitter, has reached dozens of countries and millions of people. Twitter confirmed to CBS News that over 1.7 million tweets included the hashtag "#MeToo," with 85 countries that had at least 1,000 #MeToo tweets.

The hashtag quickly went viral in the wake of dozens of sexual harassment and assault accusations against Hollywood mogul Harvey Weinstein.

The hot topic is not only on Twitter. Last Tuesday, Facebook released statistics showing that there were more than 12 million posts, comments and reactions regarding "Me Too" in less than 24 hours, by 4.7 million users around the world. As of last Tuesday, Facebook said 45 percent of users in the U.S. have had friends who posted "me too."

On Oct. 15, Milano shared a tweet explaining that if people who have been sexually assaulted or harassed tweet "me too," it might "give people a sense of the magnitude of the problem." Millions responded, including high-profile celebrities like America Ferrera, Rose McGowan, Evan Rachel Wood, Gabrielle Union and more.

The movement was actually created 10 years ago by black female activist Tarana Burke. She told Ebony she came up with it in 2007 to let young women of color who survive sexual assault know that they are not alone.

"It wasn't built to be a viral campaign or a hashtag that is here today and forgotten tomorrow," Burke said. "It was a catchphrase to be used from survivor to survivor to let folks know that they were not alone and that a movement for radical healing was happening and possible."

The allegations against Weinstein have also opened up a wider discussion about sexual assault in Hollywood, prompting many stories to surface about other media power players who allegedly assaulted or harassed women, like Bill O'Reilly, Amazon Studios executive Roy Price and director James Toback, as well as in other industries.