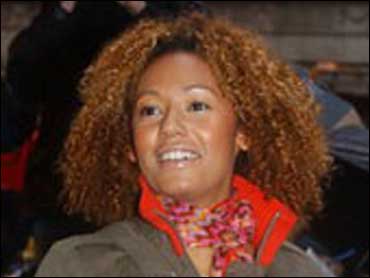 Scary Spice is getting serious about her new daughter's paternity. Although her ex-boyfriend, Oscar-nominated actor Eddie Murphy, said her baby, Angel Iris Murphy Brown, might not be his, the former Spice Girl Melanie Brown insists that is not the case and wants to prove it with a court-ordered paternity test.

"He's not doing a DNA test, and he's not signing the birth certificate," Brown, 31, told People magazine. "So it's going to have to go to court so he can be forced to do it, which is strange since he was the one asking for it."

Controversy first started when Murphy said that he will not know who the father is until the baby is born on a Dutch television show. Murphy has yet to meet the baby. Brown told People that she had her "people" contact "his people and they just had no response to anything."

Brown, who has an 8-year-old daughter from a previous marriage, told People that she loves motherhood and is very happy with her two children. But she said she feels that no woman or child should endure what she and her daughter are currently dealing with.

Brown is so adamant that Murphy, 46, is the father that she included his name on her baby's birth certificate.

"Angel, as she was my little angel through my pregnancy. Iris, as it's my grandma's name, Murphy because he's the dad, and Brown, because I'm the mum!" the statement said.

Brown also told People that a Spice Girls reunion isn't out of the question if the other members are up for it.