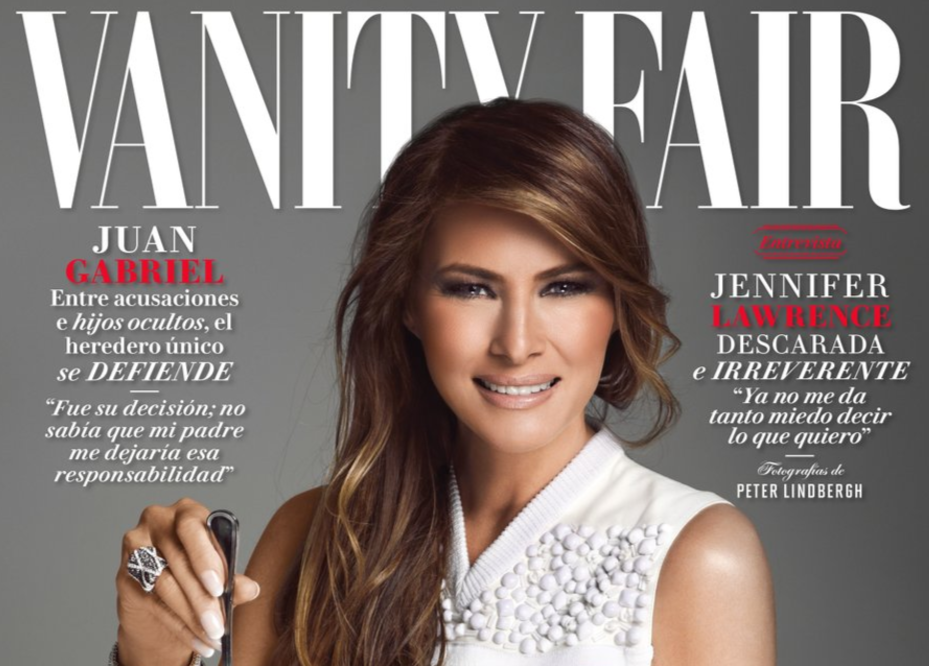 The magazine released their cover, which features Mrs. Trump dressed all in white and twirling a diamond necklace with a fork like a piece of spaghetti, on Twitter Thursday. That was the same day Mexican President Enrique Peña Nieto announced he was canceling his trip to Washington to meet with President Trump after publicly disagreeing with Mr. Trump’s plan to build a wall along the U.S.-Mexico border.

Peña Nieto held a press conference on Wednesday, criticizing Mr. Trump’s executive order on the wall, saying, “I have said time and time again, Mexico will not pay for any wall.” The next morning, Mr. Trump responded, “If Mexico is unwilling to pay for the badly needed wall, then it would be better to cancel the upcoming meeting.” And that’s exactly what the Mexican president then did.

“To add insult to injury for Mexico, Melania is going to appear on cover of Mexican Vanity Fair. #irony,” another tweeted.

The cover story, which was originally published in GQ last year, offers an inside look at Mrs. Trump’s lifestyle and family, and asks whether she will be the nation’s next Jacqueline Kennedy Onassis.

“How does a shy ex-model make her way from Slovenia to, just maybe, the White House?” GQ asked in the story that ran in their April issue in the U.S. “To Melania Trump—and to the people who know her back home—her journey to marrying The Donald is like a fairy tale, or a too-crazy-to-believe rom-com.”

Mrs. Trump was not happy with the portrayal, especially the revelations about a little-known half-brother back in Slovenia. “The article published in GQ today is yet another example of the dishonest media and their disingenuous reporting,” Trump, née Knauss, said in a Facebook post when it first came out.

Vanity Fair Mexico released an advance look at their story on the first lady late Thursday, detailing her photo shoot with Douglas Friedman and promising to reveal “clues” to how she plans to fulfill her role in the White House.