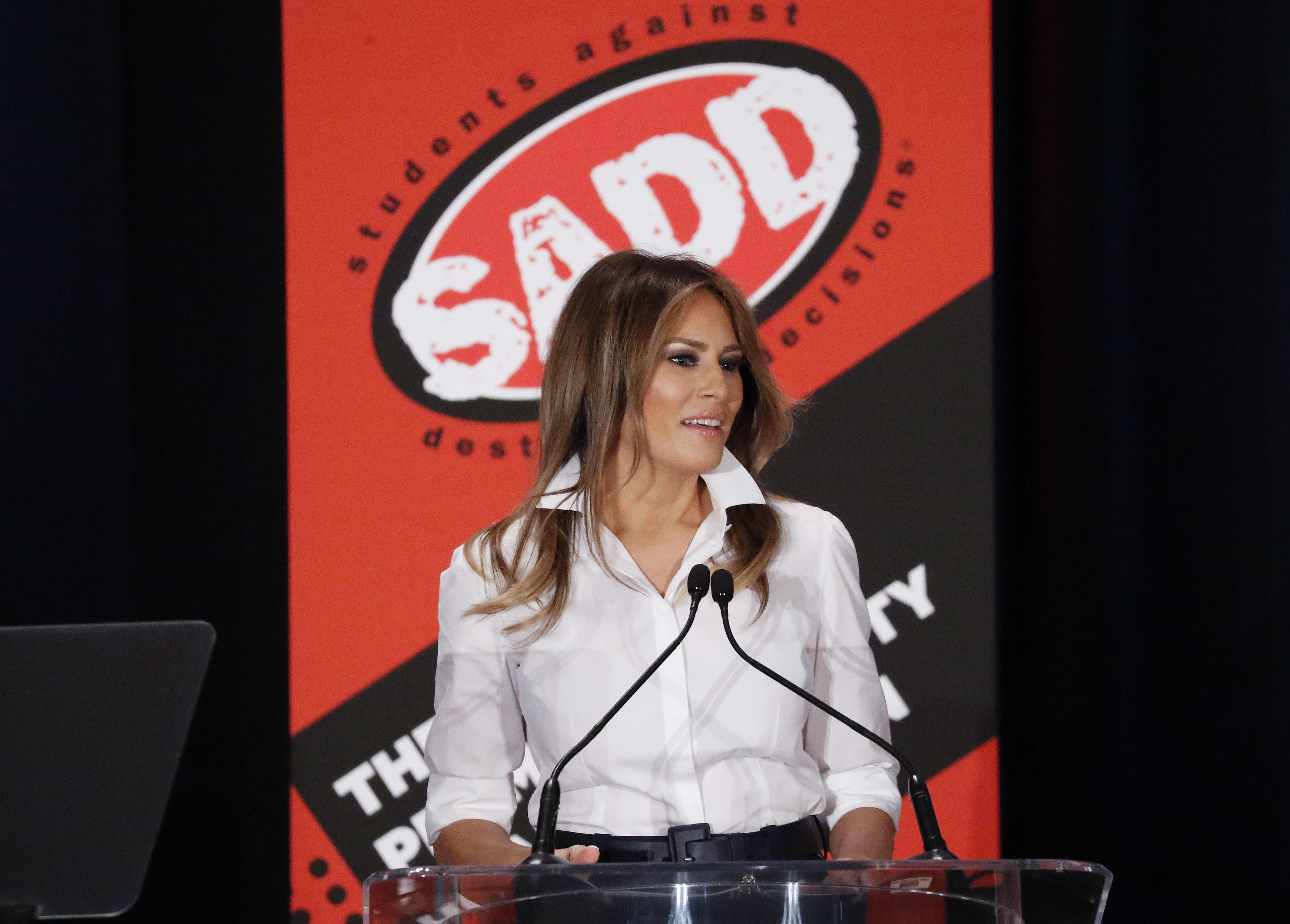 The appearance followed her trip last week to the U.S.-Mexico border to see the effect on children of her husband's "zero-tolerance" policy against illegal immigration.

It also followed her recent announcement of a campaign called "Be Best" that's about adults helping children be their best selves.

"I feel very strongly that it is the job of adults to provide you with the tools you need to become the best you can be in all areas of life," she said during brief remarks to about 450 students and adults attending the conference. "That is why I am here today. I believe in SADD's mission of empowering you to confront the risks and pressures you are challenged with every day."

"Kindness, compassion and positivity are very important traits in life," she continued. "It is far easier to say nothing than it is to speak words of kindness. It is easier to judge quickly than to take time to understand. It is often easier to see a glass half empty rather than half full."

"Nevertheless, you have the power to be the positive force in so many people's lives," added the first lady, who is the mother of 12-year-old Barron. "Show respect to each other. Treat your community like your family, and look out for one another."

SADD was founded in 1981 as Students Against Drunk Driving but changed its name and mission in the late 1990s to focus on prevention of all behaviors and attitudes that are harmful to middle, high school and college students, including substance abuse, traffic safety and bullying.

Trump said she was "inspired" when she first heard about the organization and the conference. The audience erupted into loud squeals and cheers when she was introduced by Dylan Mullins, of Marlboro, New Jersey, who is SADD's National Student of the Year.

Mullins said the first lady's campaign aims to highlight programs and organizations, like SADD, that seek to help young people overcome some of the issues they face every day.

Before she addressed the gathering, which concludes Wednesday, Trump met with the organization's leadership and helped make blankets the group is donating to shelters, said her spokeswoman Stephanie Grisham.

As audience members awaited the appearance, they rocked out in their seats to music by Justin Bieber, Neil Diamond and Journey.

Trump recently made headlines when she visited children who were separated from their families at the border. As she boarded the plane from Joint Base Andrews, she wore a jacket that "I REALLY DON'T CARE, DO U?" and then wore it again back home.

Her spokeswoman said there was "no hidden message" in wearing the jacket, but President Trump tweeted later it was a message to the "Fake News" media.