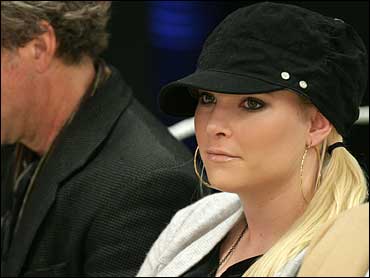 Meghan McCain, daughter of the Republican Party's presumptive presidential nominee, is working on a picture book about her father, Sen. John McCain.

Meghan McCain's children's story, currently untitled, will be published by Simon & Schuster the first week of September, around the time of the Republican national convention.

"I am truly excited about the opportunity to write a children's book about my father, who is not only a fantastic dad, but also a great American," McCain, known for her blog, McCain Blogette, http://www.mccainblogette.com, said in a statement issued Wednesday by her publisher.

"This book will offer children the unique opportunity to see the character building events that happened over his lifetime, experiences that led up to his current bid to become the future president of the United States."

Financial terms for the book were not disclosed. Simon & Schuster said that a portion of its net proceeds would be donated to the Intrepid Fallen Heroes Fund, which helps wounded veterans and military personnel. Meghan McCain has no current plans to make a similar contribution, according to Simon & Schuster spokesman Paul Crichton.

John McCain's wife, Cindy McCain, had agreed earlier this year to write a memoir for Penguin Group (USA), but she changed her mind, citing time limitations, and the deal was canceled.