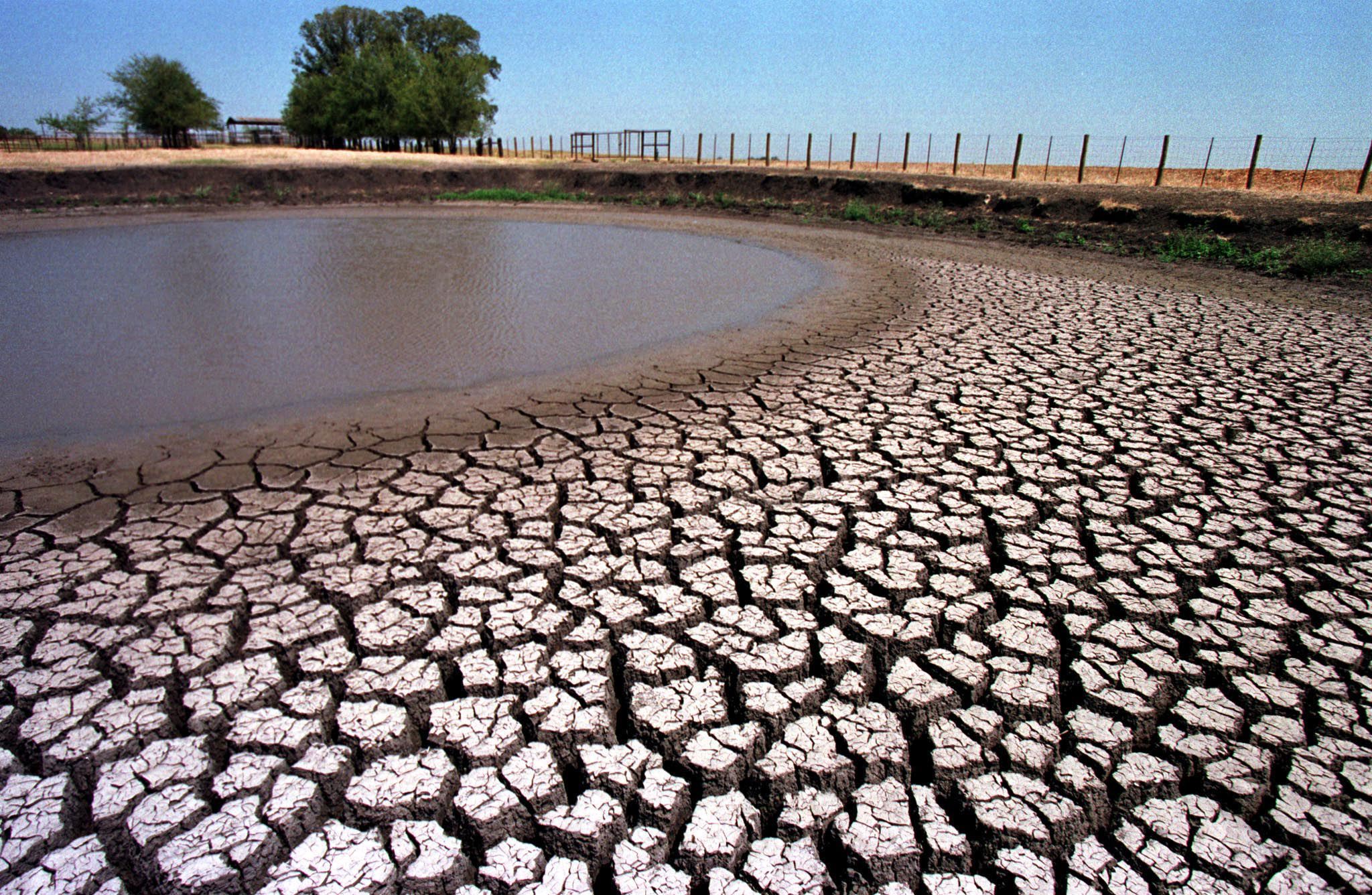 Large sections of the United States will endure "persistent droughts" in the coming decades that will be worse than anything experienced in the past 1,000 years.

Comparing the conditions to the Dust Bowl but lasting several decades, researchers writing in the journal Science Advances warned Thursday that the Southwest and Great Plains will be hit by these "mega-droughts" in the later part of the 21st century. Such events have been linked to the fall of civilizations, including the decline of the Anasazi, or Ancient Pueblo Peoples, in the Colorado Plateau in the late 13th century.

"The story is a bit bleak," said Jason E. Smerdon, a co-author and climate scientist at the Lamont-Doherty Earth Observatory, part of the Earth Institute at Columbia University. "Even when selecting for the worst mega drought-dominated period, the 21st century projections make (those) mega droughts seem like quaint walks through the Garden of Eden."

To come up with these projections, researchers turned to the North American Drought Atlas which recreates the history of drought over the previous 2,005 years, based on hundreds of tree-ring chronologies, gleaned in turn from tens of thousands of tree samples across the United States, Mexico and parts of Canada.

Taking the Atlas data, they then applied three different measures of drought - two soil moisture measurements at varying depths, and a version of the Palmer Drought Severity Index, which gauges precipitation and evaporation and transpiration. After that, the researchers applied 17 different climate models to analyze the future impact of rising average temperatures on the regions and compared two different global warming scenarios - a continued rise in greenhouse gas emissions and one where they are moderated.

The results, according to the study, point to a "remarkably drier future that falls far outside the contemporary experience of natural and human systems in Western North America, conditions that may present a substantial challenge to adaption."

"The surprising thing to us was really how consistent the response was over these regions, nearly regardless of what model we used or what soil moisture metric we looked at," said lead author Benjamin I. Cook of the NASA Goddard Institute for Space Studies and the Lamont-Doherty Earth Observatory. "It all showed this really, really significant drying."

Today, 11 of the past 14 years have been drought years in much of the American West, including California, Nevada, New Mexico and Arizona and across the Southern Plains to Texas and Oklahoma, according to the U.S. DroughtMonitor, a collaboration of U.S. government agencies.

The current drought directly affects more than 64 million people in the Southwest and Southern Plains, according to NASA, and many more are indirectly affected because of the impacts on agricultural regions. As a result, states have imposed water restrictions, aquifers have been drawn down and reservoirs such as Lake Meade and Lake Powell are at historic low levels.

"Changes in precipitation, temperature and drought, and the consequences it has for our society - which is critically dependent on our freshwater resources for food, electricity and industry - are likely to be the most immediate climate impacts we experience as a result of greenhouse gas emissions," said Kevin Anchukaitis, a climate researcher at the Woods Hole Oceanographic Institution. Anchukaitis said the findings "require us to think rather immediately about how we could and would adapt."

The current study on so-called medieval droughts adds to a large body of research linking climate to worsening droughts in parts of the Southwest. The driver, for the most part, is warming in recent decades brought on by increasing greenhouse gas emissions mostly from the burning of fossil fuels and other human activities.

"The results ... are extremely unfavorable for the continuation of agricultural and water resource management as they are currently practiced in the Great Plains and southwestern United States," David Stahle, professor in the Department of Geosciences at the University of Arkansas and director of the Tree-Ring Laboratory and who was not involved in the study, said.

Aiguo Dai, a University associate professor who did not take part in the study but has done studies on past and future droughts across the globe including the United States, said its findings were "fairly convincing" and hopefully will motivate policy makers to take action.

"This provides huge warning sign for society, for the governments to take action to slow down global warming," Dai told CBS News. "If they don't, its likely the Southwest could become unsuitable for agriculture or many other activities."