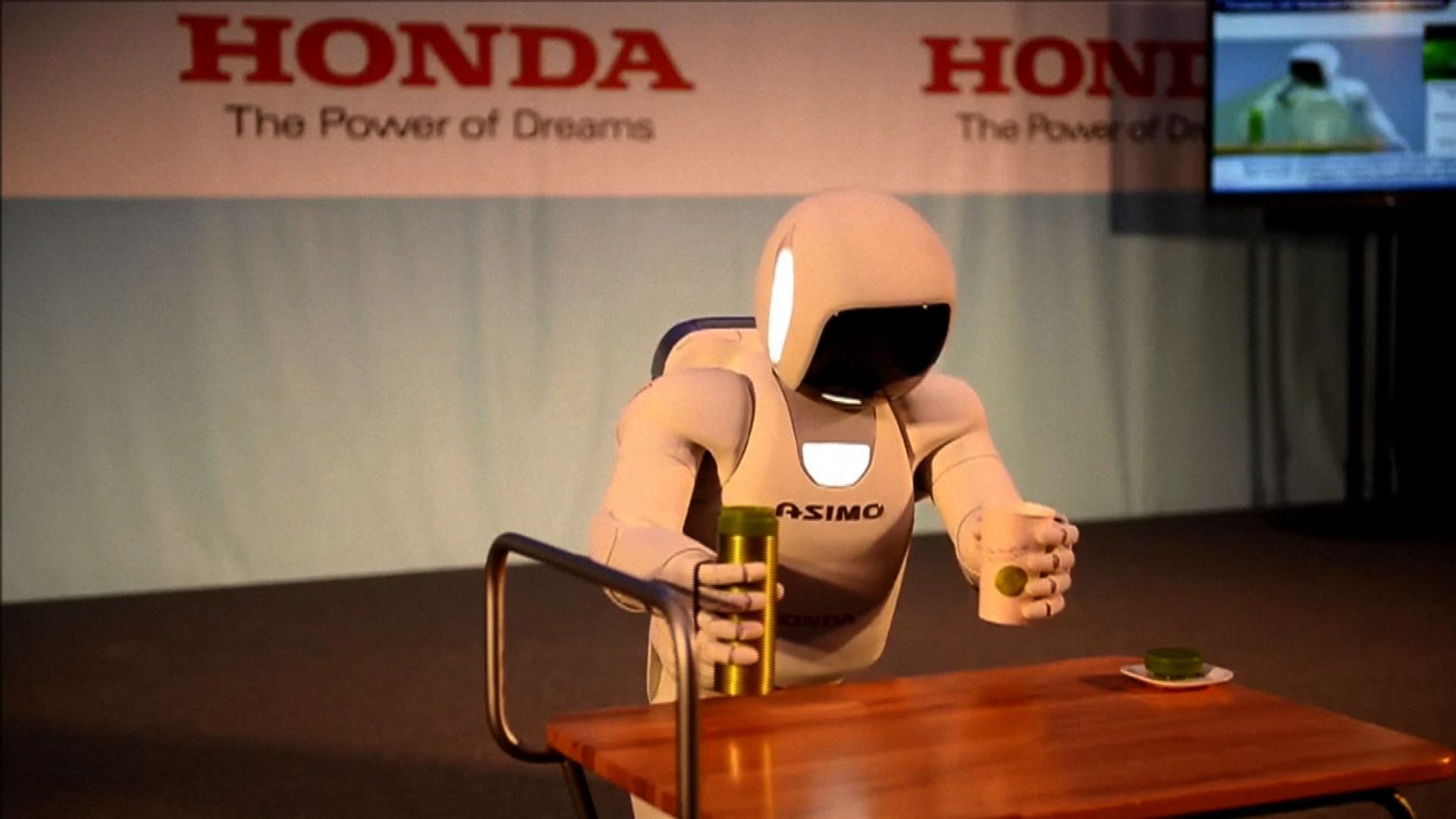 It runs like a human, dances, kicks a soccer ball, cleanly pours a glass of orange juice. At its best moments, Honda's ASIMO humanoid robot is so lifelike that it even might be confused for a human wearing a robot costume.

The auto manufacturer started the ASIMO project in 1986. The name stands for "Advanced Step in Innovative Mobility." This version has come a long way from the earlier, remote-controlled versions. Today, engineers program certain movements, but the sensors adjust to the environment to handle the rest.
ASIMO is 4 feet tall and 115 pounds, has cameras for eyes and five dextrous fingers on each hand, which it uses to communicate in Japanese sign language. The fingers feature sensors that measure pressure and force, and it understands certain phrases and commands.
Taking the stage at the International Auto Show in New York on April 16, ASIMO showed off its ability to open the lid of a container and pour liquid into a cup. It climbed and descended a set of steps, bowed to the audience, and picked up a piece of paper.
Honda told Mashable that the next steps are teaching ASIMO to recognize non-verbal communication, as well as removing the "creepiness" factor. Doing so will require putting ASIMO in more real-world settings.
ASIMO also tires out a bit faster than humans -- its battery needs to be charged after 40 minutes.