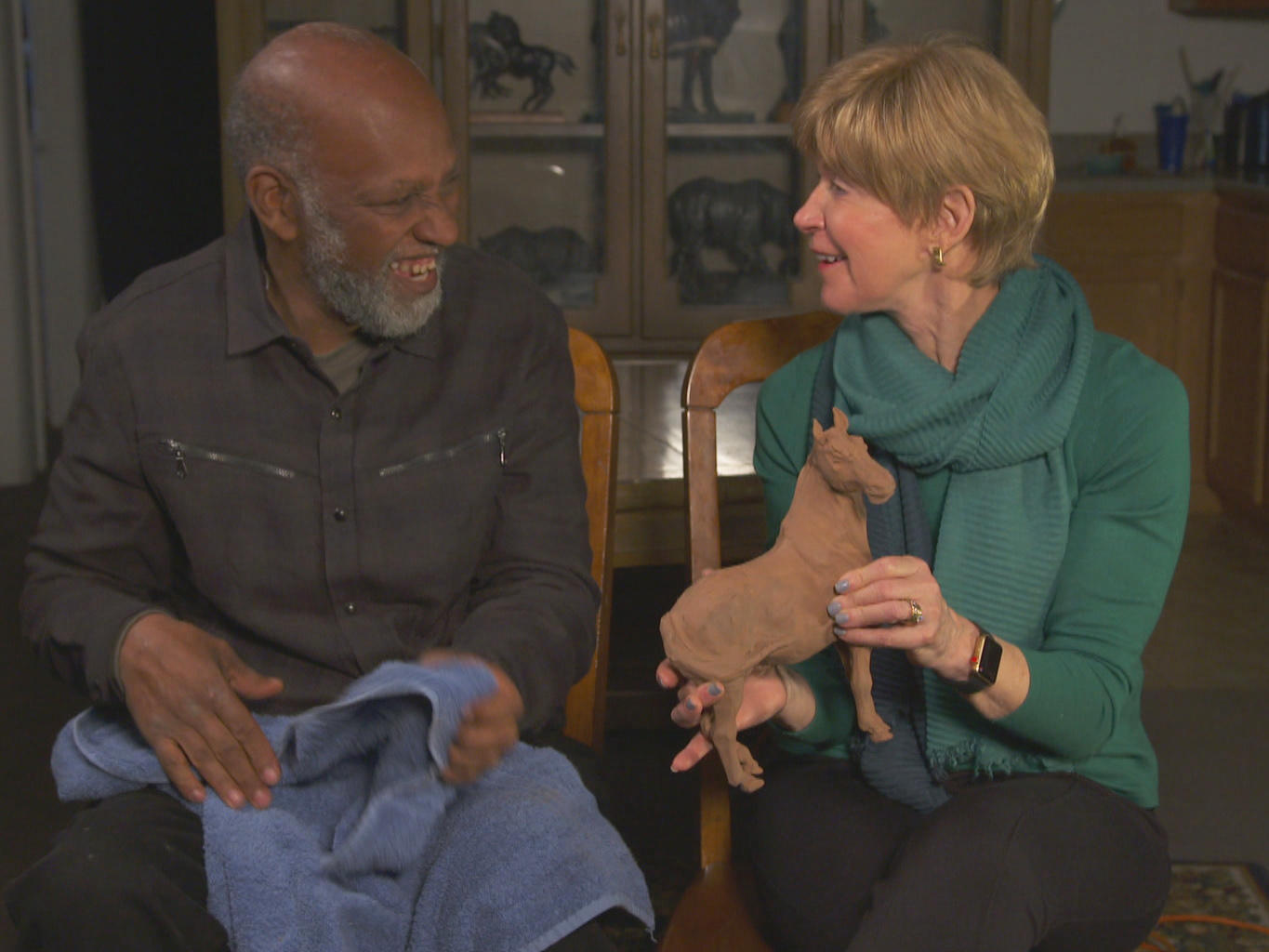 Dustin Hoffman won the Oscar for Best Actor for his portrayal of a savant in the 1988 film "Rainman." Susan Spencer introduces us to several real-life savants:

Alonzo Clemons is able to work part-time at the Y, picking up trash. But a childhood accident left him with a traumatic brain injury. He can't read or write or do math.

And yet, astonishingly, he can sculpt, as naturally as the rest of us breathe.

His meticulous creations fill his Boulder, Colorado, apartment. He's made hundreds of them, all with his bare hands.

Spencer asked, "When you make an animal, what are you thinking about?"

"Running around the pasture," Clemons replied.

He can't explain how he does it, but he loves to show you how. He took a piece of clay and molded a horse, just using his fingers.

Spencer watched him work out every detail, from the mane to the muscles, all with apparent ease.

Psychiatrist Darold Treffert, who is research director of the Treffert Center in Fond du Lac, Wisconsin, and is a leading expert on savants of all ages. He said there is no question Clemons is a savant.

"Savant syndrome is a rare but remarkable condition in which someone with a disability has a striking ability, that stands in stark contrast to overall handicap," he said.

As demonstrated by his horse sculpture, which he completed in an astonishing 15 minutes. "I could take 15 years and I couldn't do that!" Spencer laughed.

Would Clemons be making horses today if he'd never had that accident? "Probably not," said Dr. Treffert.

Nancy Mason has worked as Alonzo's assistant for more than two decades. She said watching the artist at work "is a joy and a blessing in my life."

And in Alonzo's life as well. When asked if he could imagine not doing this, he replied, "I'd be miserable!"

Hotel designer Bill Bensley, delighting in the art of surprise
Thanks for reading CBS NEWS.
Create your free account or log in
for more features.
View CBS News In
CBS News App Open
Chrome Safari Continue
Be the first to know
Get browser notifications for breaking news, live events, and exclusive reporting.