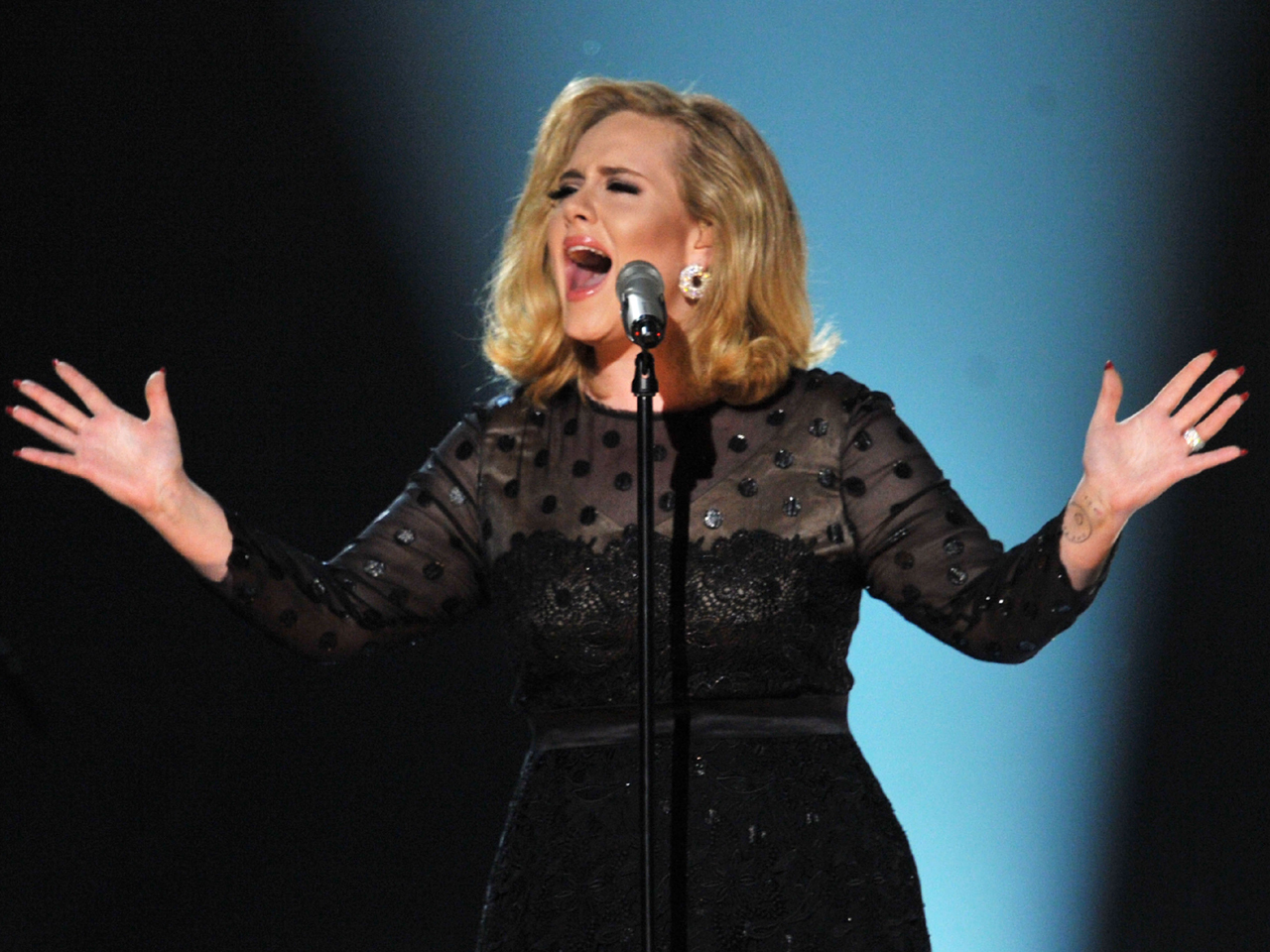 (CBS) Adele's voice won her six Grammy awards last night, including for record, song and album of the year.

But that voice was in trouble last November, when the 23-year-old underwent vocal cord microsurgery to stop recurrent bleeding from a benign polyp, a problem that had caused her to cancel tour dates, Celebrity Circuit reported.

The surgery took place at Massachusetts General Hospital, performed by Dr. Steven Zeitels of the Center for Laryngeal Surgery at the hospital.

"When you have vocal bleeding, you simply can't perform," Zeitels told CBS affiliate WBZ-TV in Boston.

Based on Adele's acapella performance of her hit song "Rolling in the Deep" to 60 Minutes' Anderson Cooper and during last night's Grammy performance, it's safe to say her voice sounds great.

What does the man who helped Adele get to the stage have to say?

"We have generally tried to advance the state-of-the-art of voice surgery over the last 15 years, developing instruments, laser technologies, and the ability to do things that simply weren't done even 10 years ago, with the very famous case of Julie Andrews," Dr. Steven Zeitels, director of the Center for Laryngeal Surgery, told CBS affiliate WBZ-TV in Boston.

Andrews, who lost her singing voice after a botched surgery in 1997, has undergone four procedures with Zeitels since, and currently works with him on a voice restoration foundation. Other famous singers he's treated include Cher, Lionel Ritchie, and Steven Tyler, according to CBS Boston.

Vocal cord polyps are sometimes caused by years of vocal abuse, the American Speech-Language-Hearing Association says. The growths appear as blister-like lesions or bumps on the cord. Symptoms of a polyp include a rough, scratchy voice, a sensation of a lump in the throat, neck pain, vocal fatigue, and a decrease in pitch range.

Zeitels told CBS Los Angeles that he used laser technology called KTP, or greenlight laser to remove the non-cancerous polyp from Adele. For the singer to completely heal, she needed to not talk for two full months after surgery. "It was really hard to get my point across, " Zeitels said.

But the surgeon says Adele's famous case has spread awareness, and is leading others with vocal cord problems to seek help, sometimes for more serious issues.

"They're helping us get the word out, and that is what has been most gratifying recently with Adele's case - the majority of the people who are seeking our help are sick; they have real serious issues going on," Zeitels told WBZ-TV.

He said other serious problems that damage a person's voice - regardless of whether they are a professional singer - include cancer, badly blocked airways, or damage from earlier surgeries.

Zeitels said any time a singer (or singing teacher) performs with vocal cords that are not 100 percent - for example, if the person has the sniffles - the vocal cords might swell and lead to damage over time.