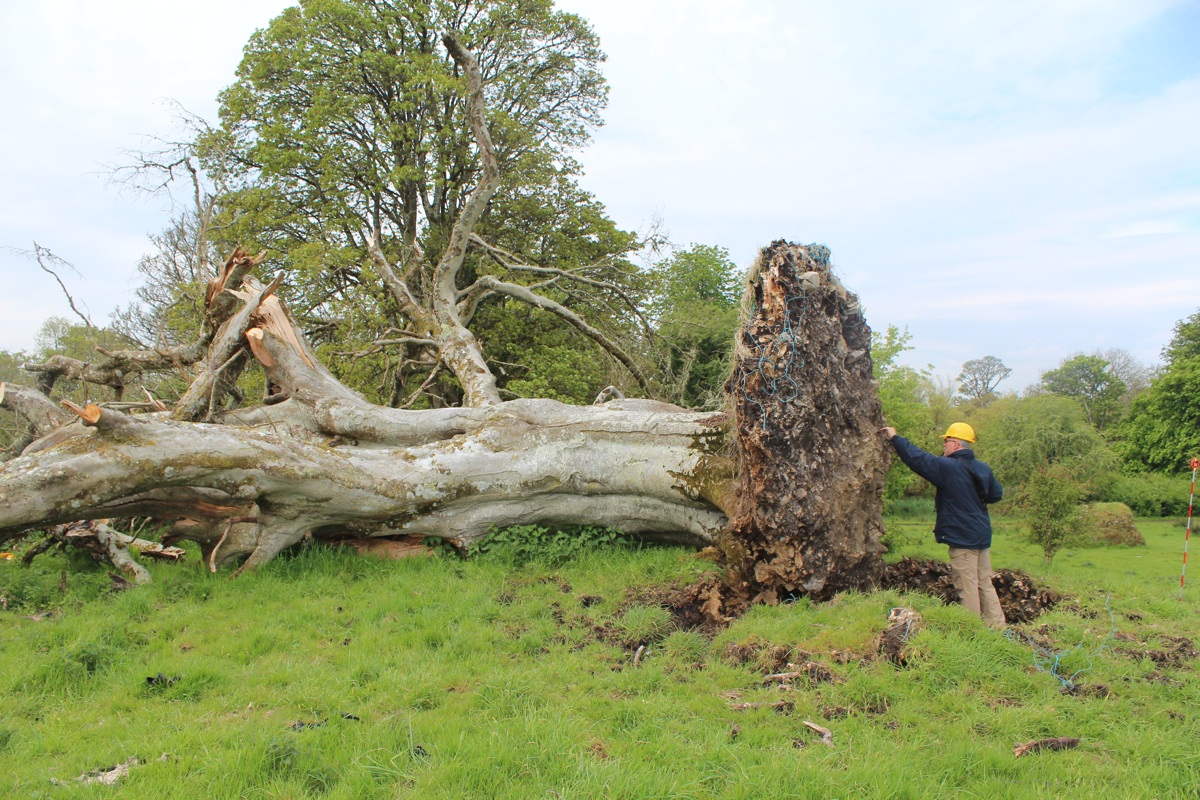 When an old beech tree toppled over during winter storms in Ireland this year, a skeletal surprise was hiding in the gigantic mass of roots pulled from the ground: the remains of a medieval boy.

The 215-year-old tree was uprooted in May in Collooney, a town in the county of Sligo, on the northwest coast of Ireland. Preliminary analyses of the bones by osteoarchaeologist Linda Lynch and others at Sligo-Leitrim Archaeological Services (SLAS), a private consultancy, revealed the remains of a young man who was between 17 and 20 years old when he died.

The researchers also dated the bones by measuring the carbon-14, a naturally occurring radioactive isotope also called radiocarbon. Because this isotope (an element with a different number of neutrons in its nucleus) decays at a regular rate, scientists can tell how old an organic material is by measuring the amount of radiocarbon present. They found that the boy died during the medieval period, between A.D. 1030 and 1200. [See Photos of Medieval Skeleton Entangled in Tree Roots]

And apparently, his death was a violent one, as Lynch found several injuries on the ribs and hand that were likely inflicted by a knife. The entire skeleton was buried, but when the tree was uprooted, it ripped the upper part of the body, which was entangled in the roots, out of the ground.

"The entire skeleton had originally been present, but the upper part was quite damaged by tree-root activity," said archaeologist Marion Dowd, director of SLAS.

The juvenile was given a formal Christian burial, the researchers noted.

More history remains to be uncovered. "We did not encounter any other burials, but 19th-century records state there is a church and graveyard somewhere in the wider vicinity," Dowd told Live Science in an email.

The science team is continuing to investigate the remains. When the analysis is complete, the skeleton will be sent to the National Museum of Ireland, Dublin, "in accordance with archaeological legislation," Dowd said.