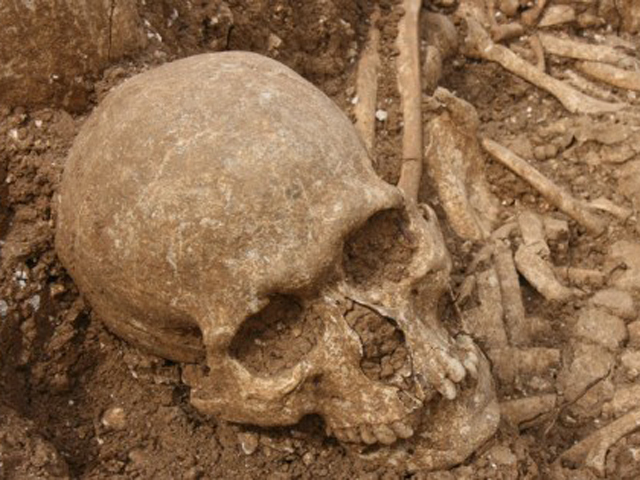 A gruesome mass grave found in southern England may be the final resting place of some of the most feared marauders of the 11th century.

Archeologists say the remains may belong to Viking mercenaries, who were buried in a burial pit in what now is the English town of Dorset. Isotope testing on the men's teeth links their origin to Scandinavia. That's where the easy clues end.

The graveyard, which was discovered accidentally in 2009 while archaeologists were working in the area ahead of the construction of a new road, contains the decapitated bodies of 54 young men. Their heads had been piled up on the far side. So far, however, archeologists have failed to agree conclusively on the identities of the victims or what they were doing when they were apparently murdered.

Dr Britt Baillie of the University of Cambridge suggests that the men were Viking mercenaries who patterned themselves on a band of raiders known as the Jomsvikings, which were led by Harald Bluetooth. (Yes, that Bluetooth, whose name is now famous among Wi-Fi circles.)

"The legends and stories of the Jomsvikings travelled around the medieval world and would almost certainly have been indicative of some of the practices of other bands of mercenaries or may even have been imitated by other groups," Baillie said.

You can read more about this story at the University of Cambridge website.