Medicare patients with serious illnesses pay an astounding amount of out-of-pocket costs for their prescription drugs, according to a recent study by the Kaiser Family Foundation.

Consider patients suffering from hepatitis C who are taking Zepatier. They pay a median annual price of $2,622 out-of-pocket for that medicine. And that's the low end. People suffering from prostate cancer pay $8,181 for Zytiga. And leukemia patients being treated with Idhifa rack up $16,551 a year for their share of that drug's price.

"Prices like that are simply unaffordable for most all Medicare recipients," said Juliette Cubanski, associate director of the Program on Medicare Policy at the Kaiser Family Foundation and the study's co-author.

Drug prices that are already high continue to rise. The KFF analysis revealed that Medicare Part D co-insurance costs for specialty-tier drugs -- expensive brand-name medications prescribed for serious illnesses -- are 12 percent higher in 2019 than they were in 2016.

That's the case even though the so-called doughnut hole was eliminated this year. (The doughnut hole is the point during which Medicare Part D beneficiaries had to pay full drug costs until certain spending limits were met and coverage resumed.)

Specialty-tier drugs now account for over 20 percent of total Part D spending, up from about 7 percent before 2010.

The Kaiser study also looked at patient costs for 14 specialty drugs not covered by some or all Medicare Part D plans. In those cases, patients were often responsible for the drug's full price, leaving them with astronomical annual costs ranging from $26,209 to $145,769, according to the study.

No one thought drugs would get so costly

The number of drugs with annual price tags reaching in the tens of thousands of dollars or higher has increased significantly since Medicare Part D was introduced in 2006, explained Cubanski.

Back then, requesting modest co-insurance payments seemed reasonable. "We didn't even know we would have these drugs when Part D was created," said Cubanski. "And we didn't envision prices would be as high as they are." She explained that her team analyzed 30 high-priced drugs, which in no way is a comprehensive list.

Figuring out just how much Medicare Part D recipients pay out-of-pocket for their drugs is no easy task. It entails deciphering a complicated formula set up by the government and the private insurers that administer Part D plans. First there's a deductible and then various co-insurance payments up to 25 percent to 30 percent for brand-name drugs. Then, once recipients have paid a total out-of-pocket of $5,100, they hit what's called the catastrophic threshold. From that point on they pay 5 percent co-insurance for all medicines.

"At first 5 percent sounds reasonable," said Cubanski. "And for many drugs it is. But 5 percent of thousands of dollars gets unaffordable very quickly."

In addition, there's no limit for out-of-pocket spending once Medicare recipients hit the catastrophic phase. In fact, for many of the specialty-tier drugs included in the study, the majority of out-of-pocket costs will likely be incurred during the catastrophic phase, said Cubanski, noting that half of Medicare beneficiaries have an average annual income of $26,000 or less.

The Kaiser study was released just as the Trump administration announced a proposal that would outlaw drug industry rebates paid to insurers and pharmacy benefit managers for Medicare, Medicaid and perhaps even employer-sponsored coverage. The goal is to have those rebates passed directly to consumers, theoretically lowering the list price of brand-name drugs and out-of-pocket costs.

Whether the new approach would offer substantial relief for patients needing specialty drugs is unclear. Most of these drugs have few competitors, so manufacturers offer little or no rebates, Cubanski explained. And if they do, she pointed out that even a 20 percent or 30 percent break on a $50,000 or $100,000 drug wouldn't reduce the price to an affordable level.

For now, Medicare patients in need of specialty drugs can do little to lower their out-of-pocket costs. Very rarely do alternative medicines exist, and if they do they're also expensive, Cubanski explained. She advises patients to talk with their physicians about drug prices. "Doctors don't always know the cost burden patients are facing," she said. "But when they're made aware, they can sometimes help patients find ways to lower their costs." 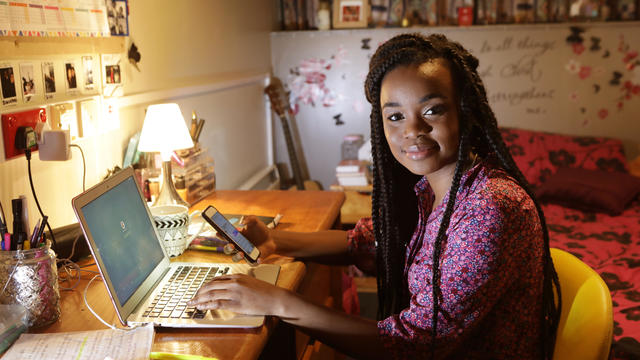 These companies pay interns more than $8,000 a month

Internships at some big companies come with a hefty paycheck as businesses battle to attract young talent.