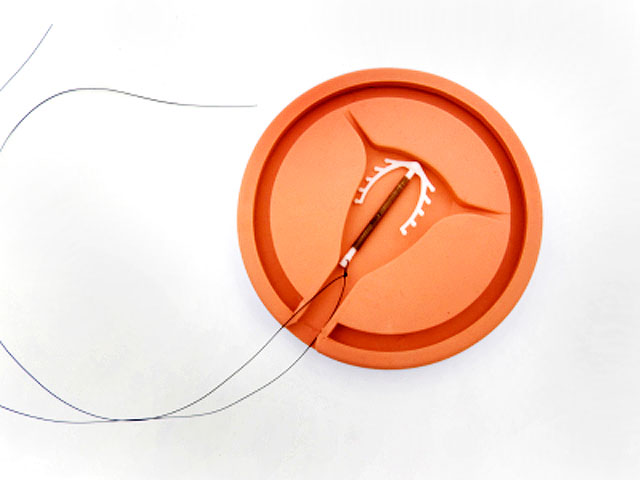 While some may prefer the pill, the long-lasting implants are more effective don't need to be taken daily, making them a "first-line" recommendation for teens from the American College of Obstetricians and Gynecologists said in its updated guidance for teens.

Both types of contraception are more invasive than the pill, requiring a doctor to put them in place. That, and cost, are probably why the pill is still the most popular form of contraception in the U.S.

The group is not recommending against teen girls using the pill if they want to avoid pregnancy. But birth control pills often must be taken at the very same time every day to be most potent. And forgetting to take even one can lead to pregnancy, which is why the pill is sometimes only 91 percent effective.

A recent study in a May issue of the New England Journal of Medicine found that compared to women using IUDs, unplanned pregnancies were 20 times more likely among women taking birth control pills, the patch or ring. For women under 21, the risk for unplanned pregnancy when using the pill, patch or ring doubled that of risk for older women.

An IUD, or intrauterine device, is a small, T-shaped piece of plastic inserted in the uterus that can prevent pregnancy for up to 10 years. An implant is a matchstick-size plastic rod that releases hormones. It is placed under the skin of the upper arm and usually lasts three years.

"If your goal is to prevent a pregnancy, then using an implant or an IUD would be the best way to do this," said Dr. Tina Raine-Bennett, head of the committee that wrote the recommendations.

The organization's previous guidelines, issued in 2007, also encouraged the use of IUDs and implants among teenagers. The new guidelines go further in saying physicians should discuss the two types of birth control with sexually active teens at every doctor visit.

The gynecologists group said condoms should still be used at all times because no other birth control method protects against AIDS and other sexually transmitted diseases.

While it may sound surprising that such invasive contraceptives are being endorsed for teenagers, 43 percent of girls ages 15 to 19 have had sex, a government survey found. Most are using some kind of effective birth control, but only about 5 percent use the long-lasting devices, the gynecologists group said.

In 21 states, all teenagers can get contraceptives without parental permission, according to the Guttmacher Institute, which tracks laws affecting women's health. A few other states allow it under certain circumstances.

The American Academy of Pediatrics has been more cautious and has not endorsed specific birth control methods, but is updating its guidance. Some pediatricians have been reluctant to recommend IUDs for teens, partly because of concerns over infection risks or risks for infertility from older models.

Dr. Paula Braverman, director of community programs in the division of adolescent medicine at Cincinnati Children's Hospital who is involved in updating the academy's position, said the gynecologists' advice does a good job of clarifying misconceptions about IUDs and implants.

An IUD called the Dalkon Shield that was sold in the 1970s was linked to dangerous and sometimes deadly infections. Newer IUDs have been found to be safe, and the gynecologists group said the risk of pelvic infections increases only slightly during the first three weeks after insertion.

The hormonal implant has been updated, too. The newest kind uses just one thin rod; an older type no longer sold in the U.S. used six rods that sometimes didn't stay in place. IUDs and implants can be removed at any time with no lasting effect on fertility, the gynecologists group said.

"The ones on the market today are extremely safe," said Dr. Mary Fournier, an adolescent-medicine specialist at Chicago's Ann & Robert H. Lurie Children's Hospital, who praised the new recommendations. "That is what everybody should be telling their patients."

Risks from using an IUD include menstrual problems, noncancerous cysts, perforation of the uterus in one out of 1,000 women and expulsion of the device from the uterus to the vagina for about two to 10 out of 100 IUDs, according to WebMD.

Raine-Bennett, research director for women's health at Kaiser Permanente in Oakland, Calif., said she gets mixed reactions from her patients about both methods.

"Some of them say, 'Great! Something that I don't have to think about.' Others are, like, 'Hmmm, something in my body?' It really varies," she said.

Doctors need to be sensitive to that and provide detailed information to dispel any myths and allow teens to make informed decisions, Raine-Bennett added.