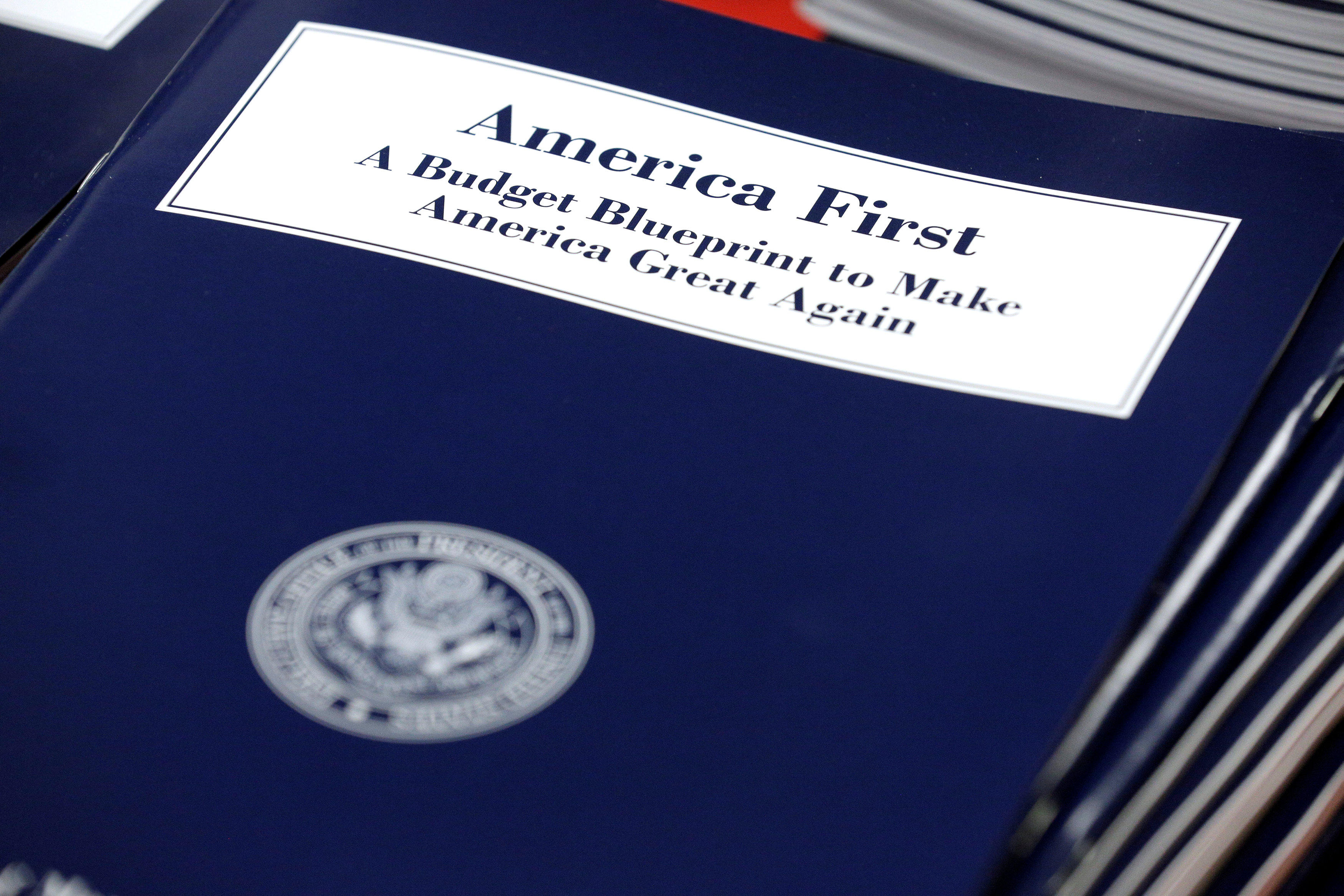 Note: The article below corrects the information about funding for Meals on Wheels

The proposal, which likely can’t get through Congress in its current form, calls for a $54 billion increase in defense spending for fiscal year 2018. To ensure that such a boost doesn’t raise the federal deficit, Mr. Trump calls for an equal amount, or $54 billion, in cuts to non-defense domestic programs. All federal departments except the Departments of Defense, Homeland Security and Veterans Affairs would face steep cuts.

In concert with the president’s goal of putting Americans first, and focusing less on people abroad, the budget calls for the elimination of programs like the Agriculture Department’s McGovern-Dole International Food for Education program, which tries to help support education, child development and food security in low-income, food-deficient countries.

Many of the proposed changes, however, if implemented, would likely affect everyday Americans, too.

The plan calls for a $498 million cut from the Department of Agriculture budget for the Water and Wastewater loan and grant program that aims to provide funding for “clean and reliable drinking water systems, sanitary sewage disposal, sanitary solid waste disposal, and storm water drainage to households and businesses in eligible rural areas,” according to its website. Rural areas and towns with fewer than 10,000 residents are eligible to receive these grants. It might be difficult for lawmakers to swallow such a cut after the Flint water crisis.

Mr. Trump’s budget proposes the elimination of funding for the Community Development Block Grant program (CDBG), which helps fund Meals on Wheels across the country, through the Department of Housing and Urban Development. The budget says that it would save $3 billion. The White House argues that the CDBG program, which has been around since the mid-1970s, “is not well-targeted to the poorest populations and has not demonstrated results.” In addition to providing meals and services to vulnerable communities, the program says it works to ensure affordable housing and to create jobs for people.

Overall, Meals on Wheels gets just about a third of its funding from the federal government, and only part of it is from CDBGs. Most of it comes from the Health and Human Services Department. HHS has also been targeted for cuts by the White House budget blueprint.

John Czwartacki, OMB Communications Director, said in a statement to CBS News that Meals on Wheels “is not a federal program, and as such, it is neither mentioned nor funded in the federal budget. In fact, it’s a program that’s a truly American response to a need – neighbors helping neighbors – and a praiseworthy effort. It’s unfortunate that some tried to incorrectly use this noble program to protect other wasteful and duplicative spending.”

The budget seeks to eliminate the Department of Education’s Federal Supplemental Educational Opportunity Grant program, which the plan says would save $732 million. The program provides grants for undergraduate college students who are in need of financial assistance. The awards can range from $100 to $4,000 a year.

A Department of Transportation program known as the Essential Air Service (EAS), which has been around for nearly 40 years, would be on the chopping block in Mr. Trump’s blueprint. The program provides eligible communities like rural communities with access to commercial air service. The White House argues that flights through the program are “not full” and “have high subsidy costs per passenger.” It says it would save $175 million.

The budget calls for the elimination of the Education Department’s “21st Century Community Learning Centers program,” which the plan says would save $1.2 billion. The program supports before and after-school programs and summer school programs. According to the program’s webpage, it helps students in low-performing schools in high-poverty areas and tries to help students meet stands in subjects like reading and math.

Mr. Trump wants to eliminate the Corporation for National & Community Service, which runs the AmeriCorps programs, which place thousands of young adults entering the workforce into intensive community service positions that allow them to either earn money for student aid or repay student loans, according to Inside Higher Ed.

The budget calls for cuts to the State Department’s Education and Cultural Exchange programs. Instead, the plan says it would like to focus the program’s resources on keeping the Fulbright Program.

Part of the DHS budget calls for the elimination or a $667 cut in local grant funding for programs run by the Federal Emergency Management Agency (FEMA), including its Pre-Disaster Mitigation Grant Program. A 2008 Congressional Research Service report on the program says the eligible projects can range from retrofitting public buildings against damage from earthquakes and hurricanes, relocating and acquiring new property away from flood-prone areas and constructing or converting spaces into safe spaces during tornadoes.