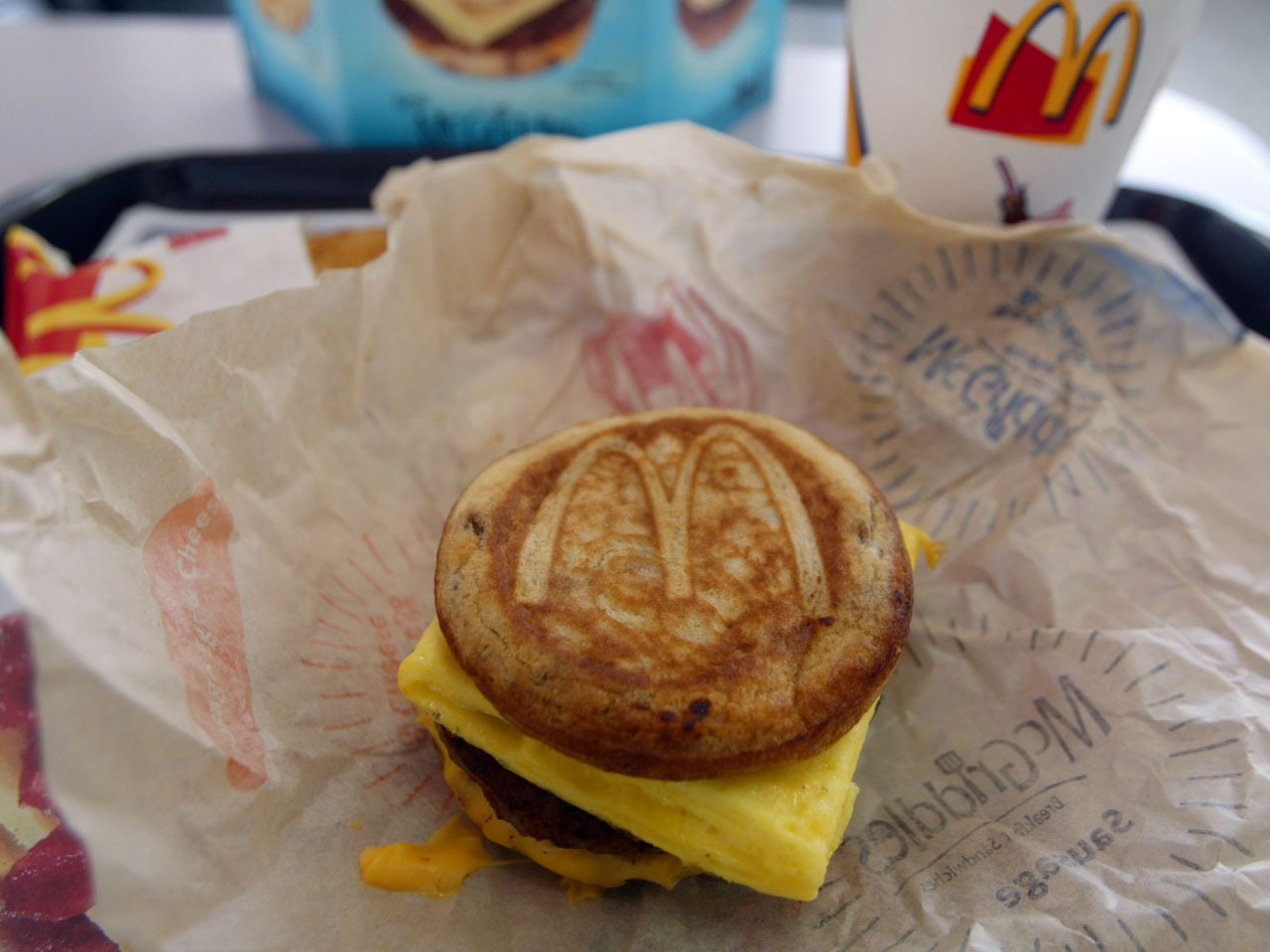 NEW YORK McDonald's (MCD) is taking a small step toward offering breakfast items outside of its usual breakfast hours -- at least if you're a night owl.

Starting this month, the fast-food chain says participating 24-hour restaurants in select locations will offer an "After Midnight" menu that includes its Egg McMuffin, Big Mac and Chicken McNuggets. Customers will be able to create "Midnight Value Meals," with either fries or hash browns as their side items, McDonald's says.

A mockup of the menu provided by the company showed an Egg McMuffin paired with French fries, next to the heading, "Dinner or Breakfast? Yes"

The rollout of the menu, which is available from midnight to 4 a.m., builds on a "Breakfast After Midnight" menu the company has been testing. McDonald's notes that local franchisees may adapt their offerings based on local preferences.

McDonald's CEO Don Thompson had said in a CNBC interview earlier this year that the company was open to expanding its breakfast hours. Fans of McDonald's breakfast have long wanted the chain to make its Egg McMuffins and biscuits available later in the day. But a hurdle for the company is that operations behind the counter would get too complicated, with workers having to juggle such a wide array of items in a limited space.

Still, Thompson noted at an analyst conference last week that the company is looking to improve its performance by expanding hours and noted that breakfast is a "growing category."

The "After Midnight" menu is already available in North Delaware, Delaware and College Station, Texas, according to McDonald's. A spokeswoman did not immediately know how many of its more than 14,000 U.S. restaurants would offer the menu.

McDonald's says nearly half of its restaurants are open 24 hours.