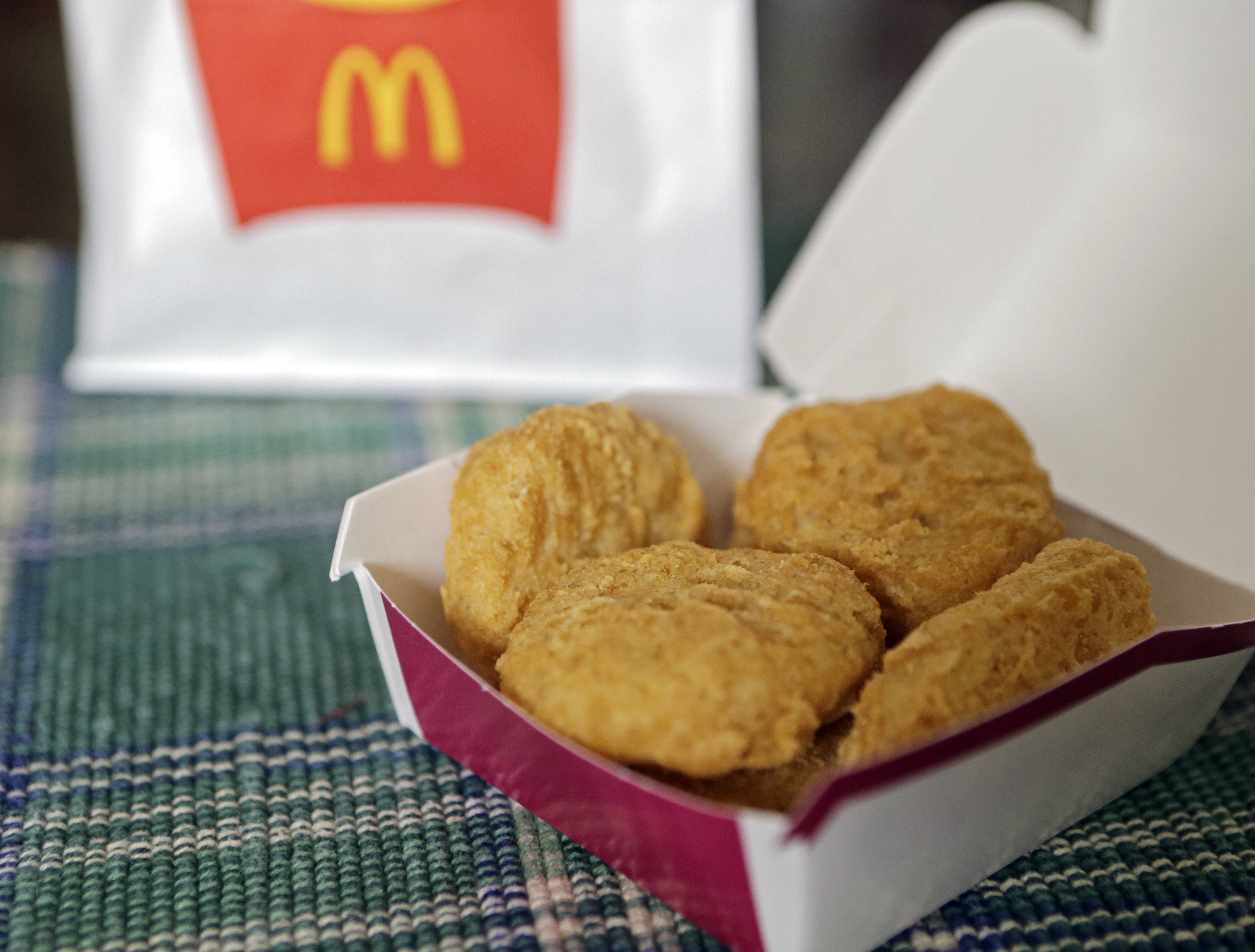 McDonald's is nixing some ingredients from a number of its most popular menu items to try to win over healthy eaters. The fast food chain announced Monday it is removing artificial preservatives from its McNuggets and several breakfast items, and will also roll out new hamburger buns this month that no longer include high-fructose corn syrup.

These changes are the latest to a series of ongoing efforts to improve the quality of food. That includes a shift to using only cage-free eggs by 2025, real butter on the Egg McMuffins, and chicken raised without antibiotics.

The changes affect almost half of the food on the McDonald's menu, and Pulitzer Prize-winning journalist Michael Moss thinks they have a potential impact far beyond the chain's 36,000 locations worldwide.

"McDonald's is not only the biggest quick-service restaurant, but I mean, it established us a fast food nation. It defined our love for this kind of food. And when McDonalds' changes, the rest of the industry changes," Moss said on "CBS This Morning" Tuesday.

However, when it comes to the latest tinkering with ingredients, Moss - the author of the New York Times bestseller, "Salt Sugar Fat: How the Food Giants Hooked Us" - doesn't think they're going far enough to address the bigger problem of excessive calories. According to the United States Department of Agriculture, Americans are consuming too much sodium, saturated fats and added sugars.

"[Eliminating] corn syrup doesn't excite me either, because as I understand, they're replacing that with sugar in the bun, and why a bun has to be sweet is beyond me," Moss said. "That's the big caveat here is that they're not addressing the big bugaboo in nutrition, which is calories. I mean, if I had my way with McDonald's, I would encourage them to stop doing anything that would encourage people to supersize their meals, encourage them to eat too much."

Still, Moss commended McDonald's for some of its efforts to date.

"McDonald's has done some amazing stuff over the years, in recent years, in improving the quality of the meat, and meat from animals that are well treated. I really love that about them," he said.

Moss believes as the world's number one burger chain, McDonald's has the potential to be a "leader" in the trend towards healthier and simpler ingredients in food at other chain restaurants as well as grocery manufacturers.

In fact, this has already become a trend, with other companies including Panera, Taco Bell and Dunkin' Donuts eliminating things like artificial preservatives, sweeteners, colors and flavors from a range of products.

Moss also expects the ball to keep rolling, especially as "more and more people are wanting their food inexpensive, convenient, yummy, but also good for you."

The "new equation" now for food manufacturers, Moss said, is "more than just taste, something that doesn't make you unhealthy in longterm consequences."