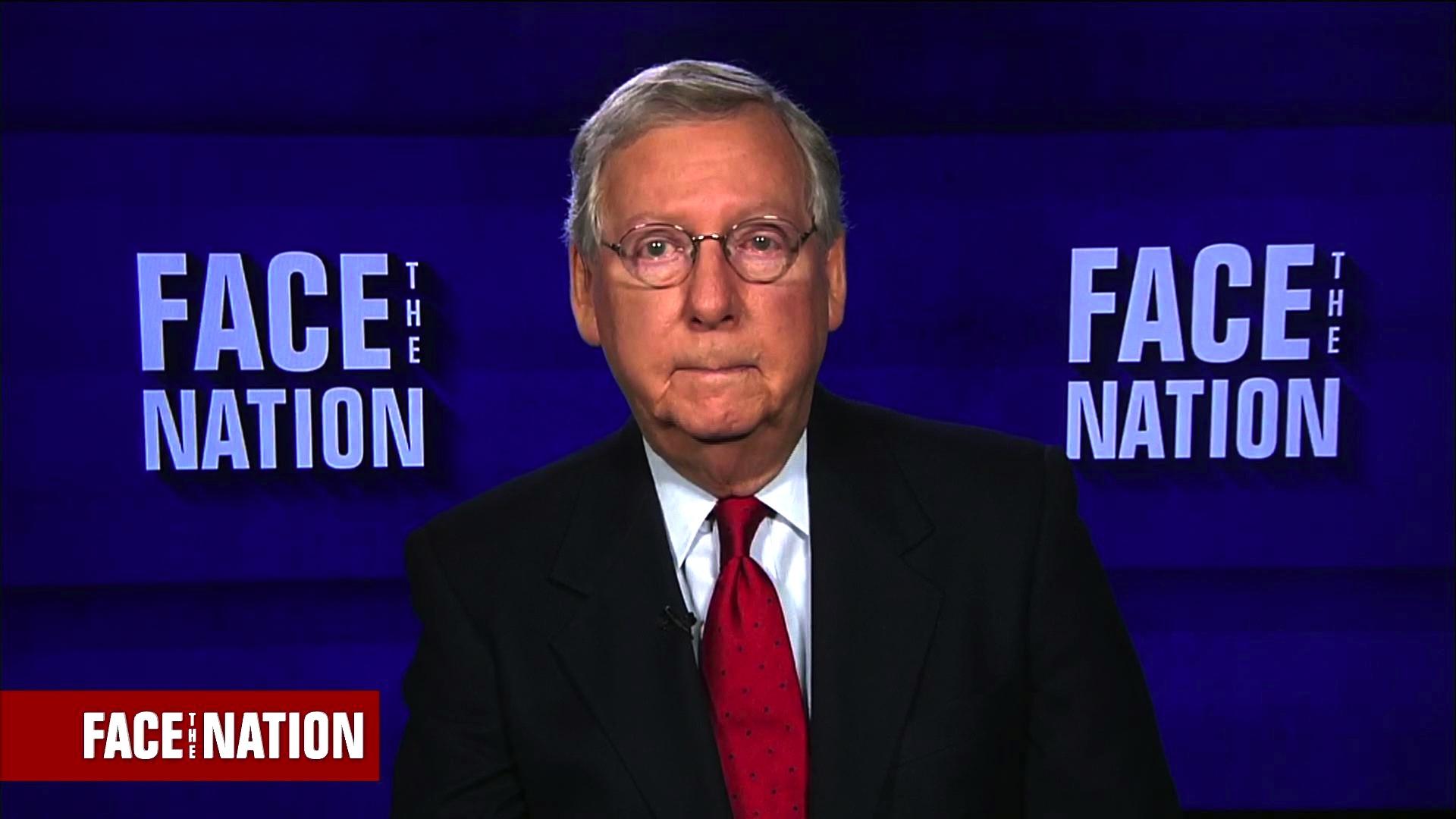 After the Senate passed its version of the GOP-led tax bill, Senate Majority Leader Mitch McConnell says it's "impossible" to craft a bill with language that would guarantee everyone in the middle class would see a tax cut.

"You can't craft any bill that would guarantee no one was in a special category that might get a tax increase. What I can tell you is that every segment of taxpayers, every category of taxpayers on average gets significant relief," McConnell said Sunday on CBS News' "Face the Nation."

"Clearly most people, middle income taxpayers, an overwhelming majority of them will get tax relief," he said. "And because of the business tax changes, it's much less likely that the job they currently have is going to end up in another country because we are clearly uncompetitive in the global economy with the current tax rates."

McConnell on Friday slammed Democrats who were critical of the Senate's process in passing a bill to overhaul the nation's tax code. He suggested Democrats were only concerned about the legislative process because they were losing.

"You complain about process when you're losing," McConnell said on Friday after the bill's passage. "And that's what you heard on the floor tonight."

"We followed the regular order. There were multiple hearings. The Democrats were there. Days of hearings. Days of amendments. The Democrats offered amendments in committee ad nauseam. The process on the floor, the reconciliation process, is regular order. That's how they passed Obamacare. It's -- we didn't do anything that you could call a foul on process," said McConnell.

He said Democrats were given the opportunity but didn't offer a single amendment to language that repealed the individual mandate, which is part of an Obamacare law that requires Americans to have health insurance or pay a penalty. Targeting the mandate in the tax legislation would save an estimated $338 billion over a decade that could be used to help pay for the deep cuts in corporate tax rates and other tax benefits under the plan.

The Senate bill that passed early Saturday repeals the mandate under the Affordable Care Act, something conservatives in Congress have long wanted. The House version, however, does not touch the individual mandate.

"It was pretty clear during this debate we have a very different view of what America ought to look like. Our Democratic friends apparently are quite content with slow growth and little opportunity to improve your condition," said McConnell.

"We think we need to jumpstart the economy and provide more jobs and opportunity for the American people," he added. "One of us is going to be proven wrong here over a period of time."

Brandon Stanton on the purpose of Humans of New York