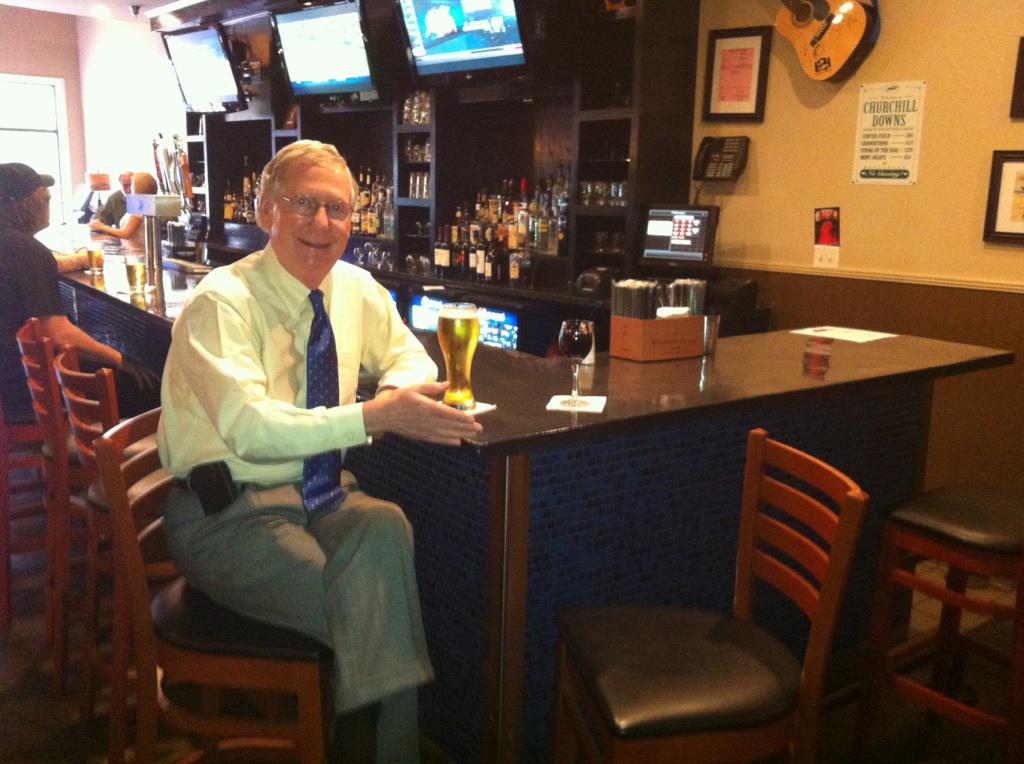 Taking a page from Clint Eastwood's playbook, Senate Minority Leader Mitch McConnell is offering up a glass of red wine to an empty chair apparently standing in for President Obama.

The Kentucky Republican posted to his Facebook page on Monday afternoon a photo of himself sitting at a bar, enjoying a beer, and gesturing to his companion - an unoccupied bar stool with a glass of red wine in front of it. McConnell's caption read: "Barack Obama, greetings from coal country- Hazard, KY -MM."

It's a presumed counter to the president's jab Saturday night during his remarks to the White House Correspondents' Association dinner. Referencing his recent wine-and-dines with Senate Republicans and Democrats, he grieved jokingly, "some folks still don't think I spend enough time with Congress.

The vacant chair has become a popular understudy for the president: At the Republican National Convention in Tampa, Fla., last fall, Eastwood spent 12 befuddling minutes berating one, as if the inanimate object was the commander-in-chief himself.