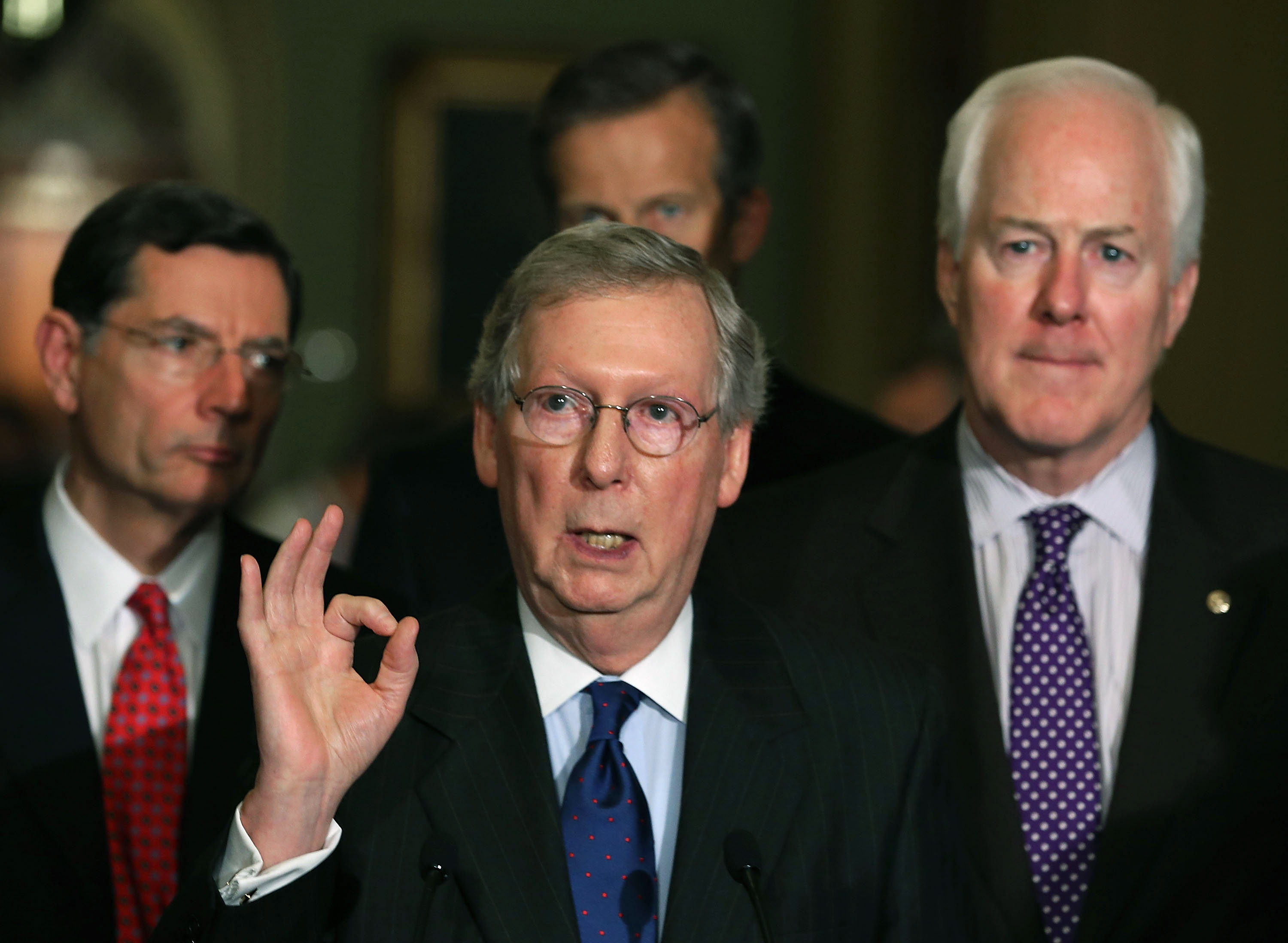 Senate Minority Leader Mitch McConnell, R-Ky., broke from congressional leadership and announced Tuesday that he will oppose a resolution to authorize a military strike against Syria.

"A vital national security risk is clearly not at play, there are just too many unanswered questions about our long-term strategy in Syria, including the fact that this proposal is utterly detached from a wider strategy to end the civil war there, and on the specific question of deterring the use of chemical weapons, the president's proposal appears to be based on a contradiction," McConnell said on the Senate floor Tuesday.

McConnell is the first congressional leader to oppose President Obama's proposal to launch military strikes against Syria following the alleged use of chemical weapons by Syrian President Bashar Assad against his own people.

According to a CBS News estimate, only about one in 10 members of Congress are currently in favor of military action or leaning towards supporting it.

And new CBS News poll shows that six in 10 Americans oppose military air strikes against Syria, and a majority, 56 percent, disapproves of how Mr. Obama is handling the matter. Only 14 percent of Americans say the administration has explained its goals for a strike, while 79 percent say it has not.

McConnell faces a tough primary next year in his bid for reelection against businessman Matt Bevin. If he defeats Bevin, the general election is also expected to be fierce against Alison Lundergan Grimes, Kentucky's Democratic secretary of state.