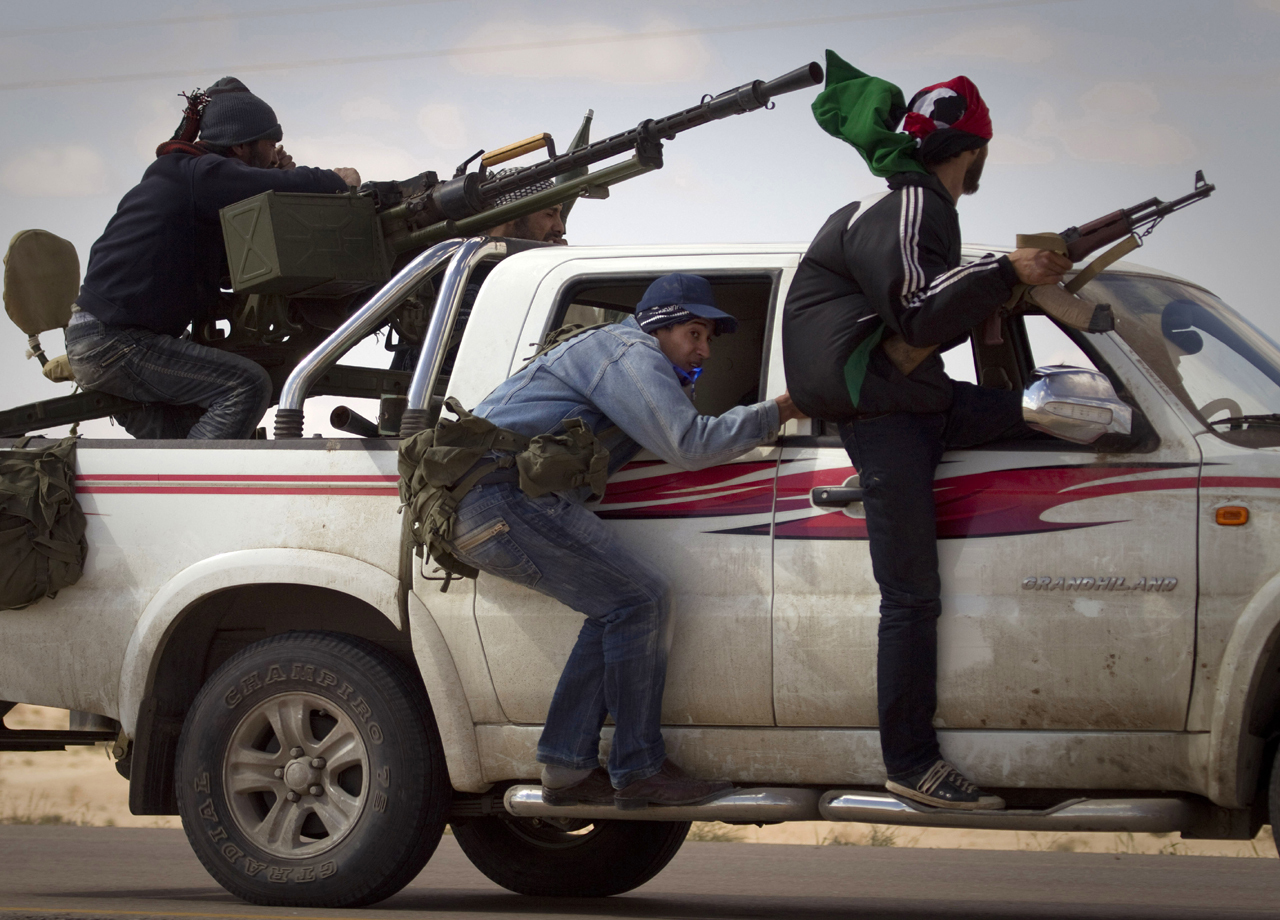 With a non-fly effectively put into place over Libya, Sen. John McCain says momentum in the fighting between the Muammar Qaddafi regime and rebel fighters can now swing back to anti-Qaddafi forces, but acknowledges they will need more weapons and better training.

McCain, R-Ariz., said on CBS' "The Early Show" that he hopes the United States, or others in the international community, supplies rebels with arms, as it once did insurgents fighting the Russian occupation of Afghanistan.

He also said this morning that the immediate objective of Operation Odyssey Dawn has been successful.

"My view of what the objective is was to stop what was going to be a near-massacre as the Qaddafi troops entered the suburbs of Benghazi, which would have been a horrible blood bath if Qaddafi had been able to take Benghazi. That was the immediate objective," McCain told anchor Erica Hill. "The overall objective is to stop him from continuing to murder his own population."

"This is a man with American blood on his hands who has committed acts of terror in the past. And our policy, the United States policy, as articulated by the President of the United States, is that he should go - he should not stay in power."

"If the goal then is to get him out, does that ultimately mean that the U.S. could end up arming the rebels to help make that happen?" Hill asked.

"I think that that's very possible - in fact, I hope so, that if not the U.S., through other countries," McCain said. "There [are] already reports that the Egyptians have been supplying them with some weapons.

"By the way it does take time - it did during the Russian occupation of Afghanistan - but we were able to provide them with some weapons and wherewithal to cause the Russians to leave Afghanistan. So we can do it.

"Not only giving them weapon, but it also requires some training. Hopefully some more of Qaddafi's army will come over to the side of the rebels. But for a long period of time, the momentum was clearly on the side of the anti-Qaddafi forces. Then obviously they were pushed back with the effective use of air power, among other things, including weaponry and better training. Now I believe that we can get the momentum reversed back in the other direction.

"But it's going to be tough," he said, "because there are some cities, like Misurata, that [Qaddafi forces] are already inside of."

Hill asked if arming rebel fighters was a good idea in the long term. "How confident are we that we know who they are, and that they're not some terrorist organization like al Qaeda and will not ultimately turn on the United States and U.S. allies?" she asked.

McCain pointed to the provisional government already formed in Benghazi, which includes former Qaddafi officials who have mutinied. "But Qaddafi is a proven quantity. He has the blood of Americans on his hands because he was responsible for the bombing of Pan Am 103; he has been involved in other acts of terror.