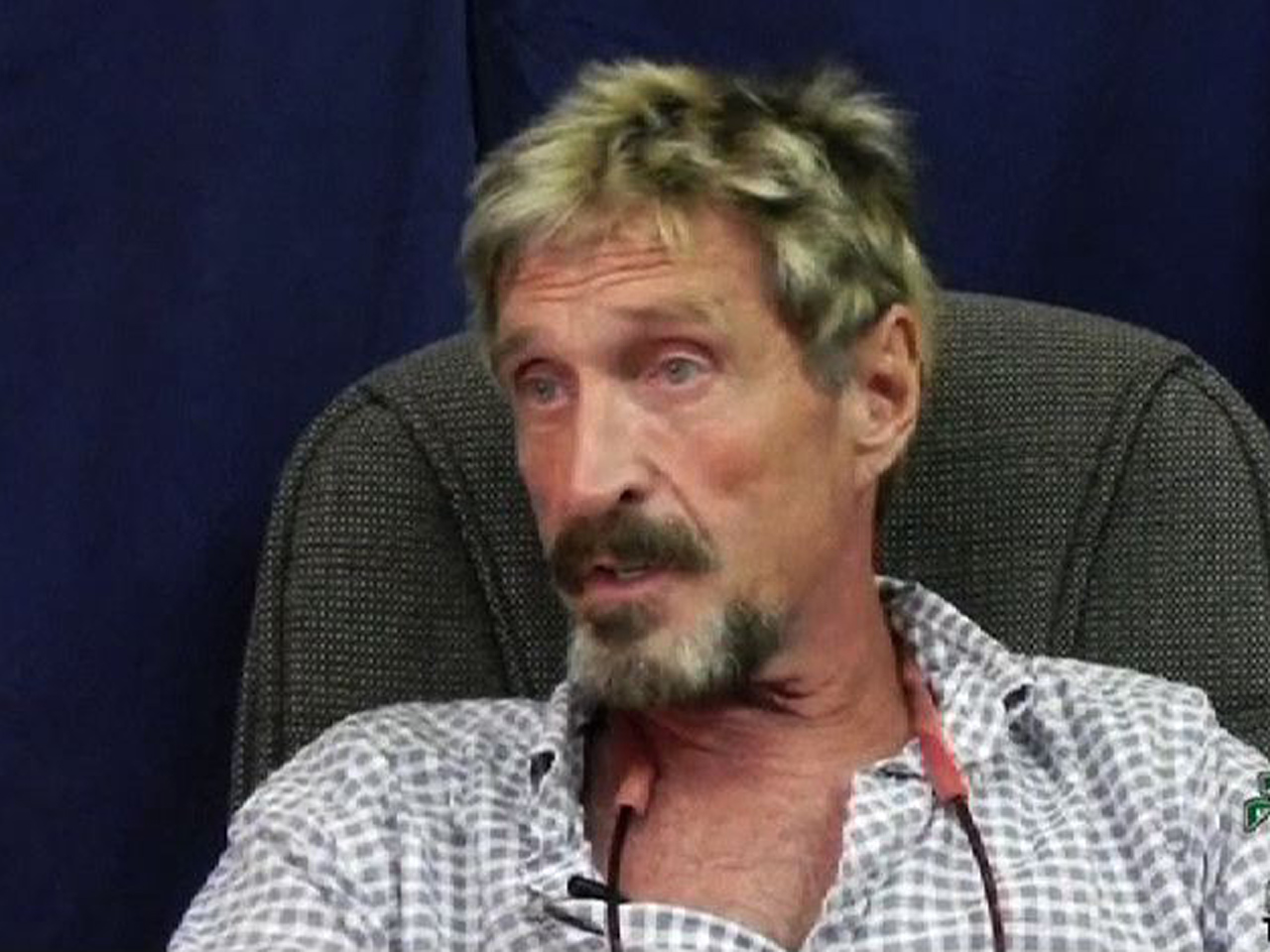 MEXICO CITYPolice in the Central American nation of Belize said Monday that they are looking for the founder of the software company McAfee Inc. to question him about the slaying of another U.S. citizen, his neighbor in an island town on the Caribbean.

John McAfee lived next door to 52-year-old Gregory Viant Faull, who was found with a gunshot wound to his head inside his two-story home north of San Pedro, a town on the island of Ambergris Caye, said Raphael Martinez, spokesman for Belize's Ministry of National Security. The housekeeper discovered the body Sunday morning and called police.

Martinez said that no charges had been filed in the case, describing McAfee, 67, only as a "person of interest" for police.

"It's too early in the investigation. To say he is a suspect would be a bold statement," Martinez told The Associated Press.

Police officers went to McAfee's home on the island but he had not been there, the spokesman said.

The San Pedro Sun, a local newspaper, reported police discovered Faull's home had no signs of a forced entry, but his laptop and iPhone were missing.

Police reported finding a single 9-mm shell casing and said it appeared Faull was killed between late Saturday and Sunday morning, which was a rainy night on the Caribbean island. Faull was last seen at 10 p.m. Saturday.

Residents of the island told the AP the former software executive was hard to befriend.

The case was the latest twist in McAfee's recent life as an eccentric yoga lover. He sold his stake in the anti-virus software company in the early 1990s and moved to Belize about three years ago to lower his taxes.

He told The New York Times in 2009 that he had lost all but $4 million of his $100 million fortune in the U.S. financial crisis and that he was moving to Belize.

Last April, Belize police raided McAfee's home looking for drugs and guns. McAfee said officers found guns, which he said were legal, and he was released without charge after being detained for a few hours.

Faull's killing shocked the island community. Residents said Faull was a longtime home owner there who had recently retired as a builder and moved from Florida to live full-time in the island.

"He was starting to enjoy his retirement," said a real estate agent.

Some local residents said McAfee seemed standoffish and not friendly.

"His physical appearance doesn't really inspire you to go over and make friends with him. He's a little scruffy looking," said another real estate agent, Bob Hamilton.

Martinez said police had questioned other neighbors of Faull but had been unable to locate McAfee.

The AP tried unsuccessfully to contact McAfee by email. McAfee said in May that he was disconnecting his phone because he felt he was being harassed by police.

Police said Faull's computer and phone were missing, but there were no signs of forced entry at his home.