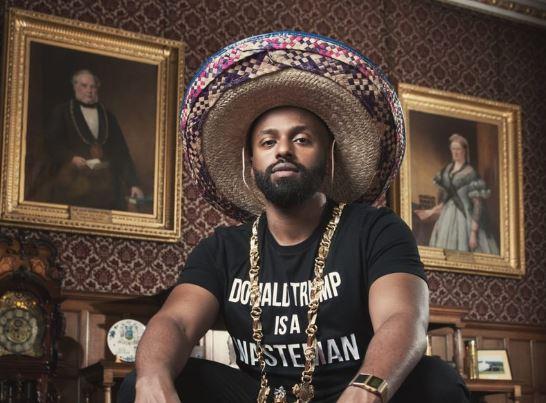 LONDON -- The mayor of Britain's fourth biggest city used his chair at the helm of a Sheffield City Council meeting this week to troll President Donald Trump, declaring him "banned" from the city and declaring July 13, the day of the U.S. leader's looming visit to England, "Mexico Solidarity Day." Lord Mayor Magid Magid, who came to Britain at age 5 with his parents as refugees from Somalia, became the youngest person ever elected to the Sheffield mayor's office earlier this year. He is just 28, and is also the first Somali immigrant and the first Green Party politician to hold the office.

"I Magid Magid, Lord Mayor & first citizen of this city hereby declare that not only is Donald J Trump a WASTEMAN, but he is also henceforth banned from the great city of Sheffield!," the mayor said in a subsequent tweet. "I further declare July 13th to be Mexico Solidarity Day!"

Sheffield is the historical heartland of the British steel industry, but there has been no indication that President Trump might visit the city in South Yorkshire when he stops in Britain next week. Nor does Lord Mayor Magid actually have the power to ban any individual from entering Sheffield, the City Council has told CBS News partner network BBC News.

The council told the BBC, however, that it, "may through a collective, democratic debate and process, agree to condemn the views of an individual or organization."

Lord Mayor Magid's powers may be limited by the constraints of Britain's democracy, but his message -- which he delivered to the City Council wearing a Mexican sombrero -- was clear, and it is one Mr. Trump will find difficult to avoid hearing as he visits the United Kingdom next week, even if he stays away from Sheffield.

Tens of thousands of protesters are expected to converge on London next week to protest Mr. Trump's policies on immigration, trade, women's issues, his travel ban, and Britain's still strong, if sometimes strained, ties with his administration.

While British Prime Minister Theresa May, the first foreign official to meet President Trump at the White House, originally invited him to Britain for an official state visit -- a formal affair which could involve speeches to British lawmakers and meetings with royal family members -- the plans have been toned down in favor of a "working visit."

Mr. Trump is to meet with May, but not any royals, and there will be no formal state dinner during his stay in London.