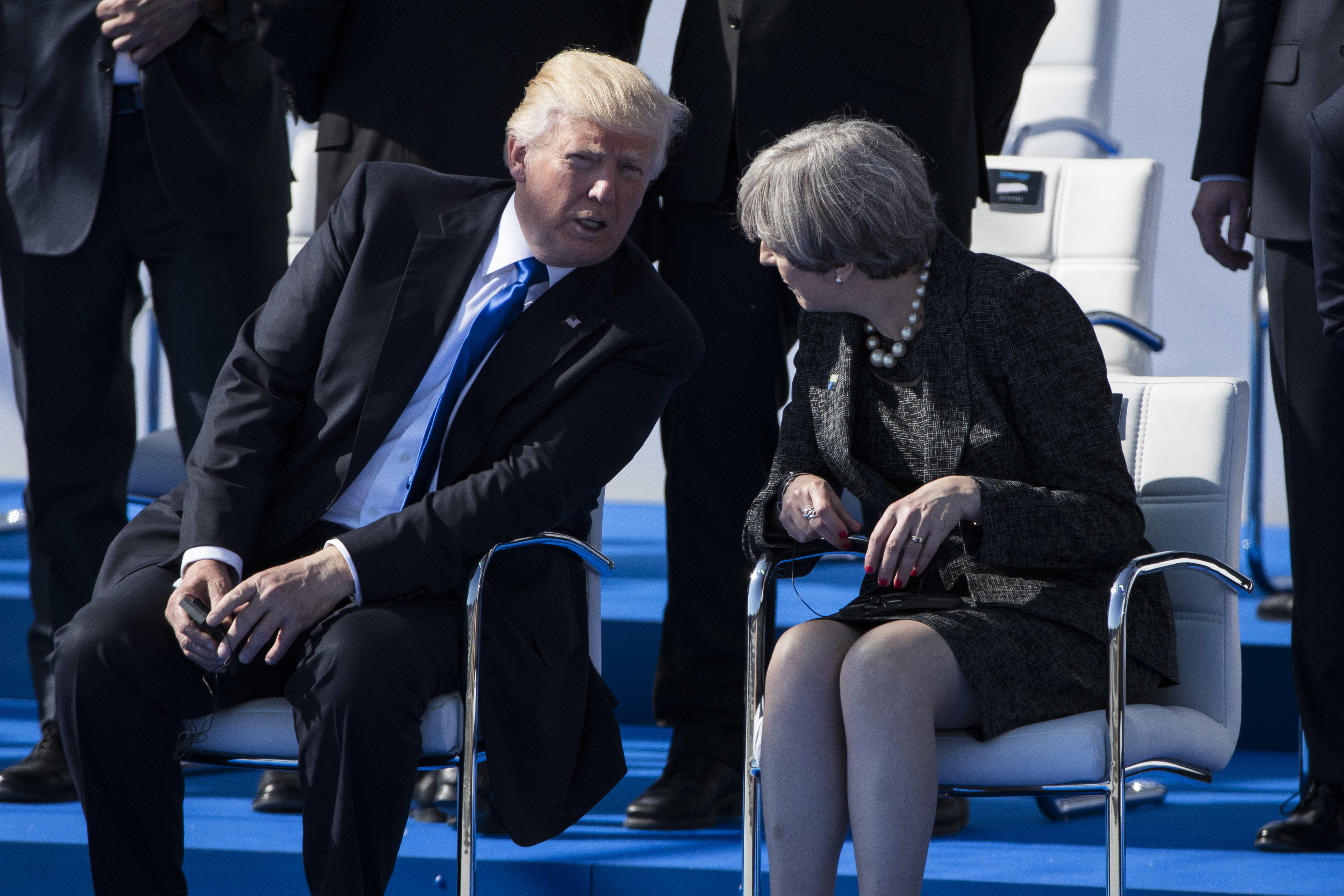 LONDON -- America's ambassador to Britain says he hopes U.S. President Donald Trump will visit the U.K. next year despite his recent Twitter dispute with Prime Minister Theresa May.

Ambassador Woody Johnson told the BBC that Trump's remarks to May were "probably misinterpreted." He added that the president is not weak about tackling terrorism.

In a rare rebuke to Britain's closest ally, May's spokesman last month said that Mr. Trump was wrong to retweet videos posted by a leader of a British far-right, anti-Islam group Britain First. The videos, some of them years old, carried misleading captions intended to disparage Islam. They were originally tweeted by Jayda Fransen, the deputy leader of the fringe group, who has been convicted of a hate crime in Britain.

The following morning, Fransen made a dramatic appeal directly to Mr. Trump to help keep her out of jail -- she is due in court this month to face charges of using "threatening, abusive or insulting words or behavior" in a speech she gave over the summer in Belfast, Northern Ireland.

Mr. Trump hit back, telling May to "focus on the destructive Radical Islamic Terrorism" in Britain.

Johnson did not specify Tuesday what kind of visit Mr. Trump might make.