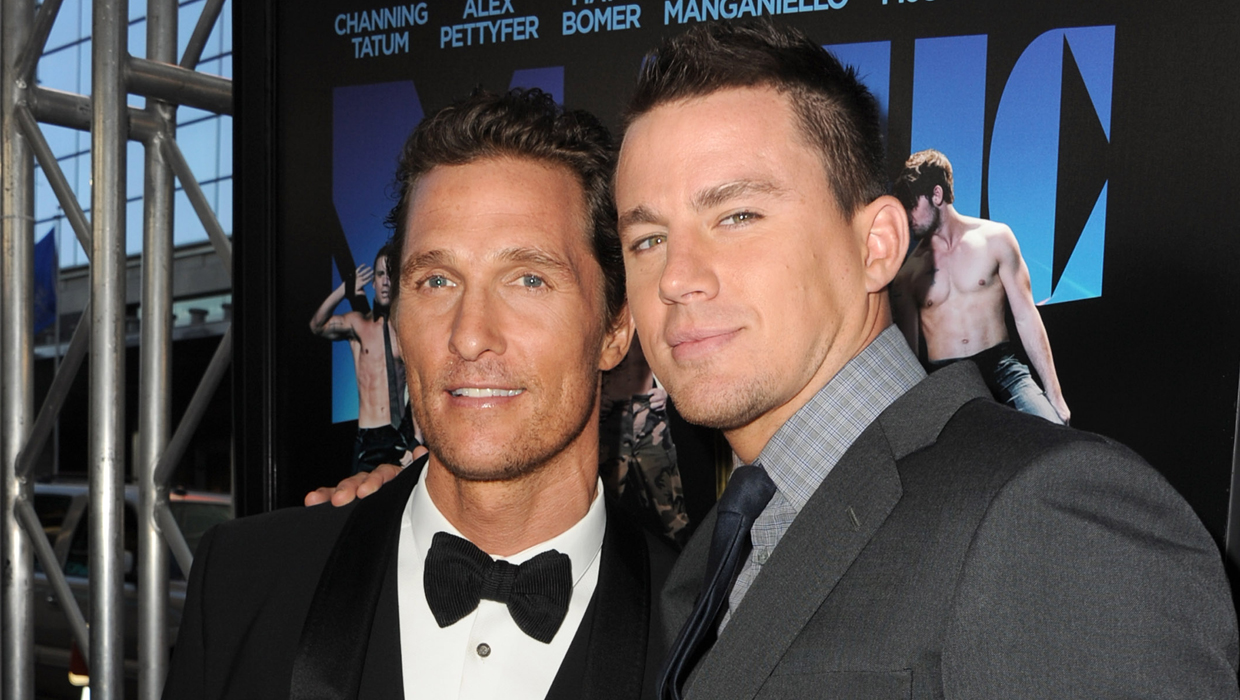 It seems Matthew McConaughey has hung up his G-string for good.

"Magic Mike XXL" director Gregory Jacobs confirmed in an interview with IndieWire Wednesday that McConaughey will not be reprising his role for the new sequel.

Since the first film's release, McConaughey has been going through a career renaissance -- dubbed a "McConaissance" by the media -- thanks to 2012's "Mud," the HBO series "True Detective" and his Oscar-winning turn in 2013's "Dallas Buyers Club." And there's also his performance as a "great slimeball" in 2013's "The Wolf of Wall Street."

The first "Magic Mike" film, which became a hit at the box office, was based on Tatum's own real-life experiences as an 18-year-old stripper before he went on to make it big in Hollywood.

Although McConaughey will be M.I.A., Tatum is returning to star in "Magic Mike XXL" and he also helped co-write the screenplay with Reid Carolin, who penned the script for the first film.

Bomer and Manganiello will likewise reprise their roles, and there's also a chance that Pettyfer will be back on stage as well.

The plot will be very different from the first film. This time around, the boys are hitting the road and going on a trip to a major stripping tournament. Expect to see a lot more skin in this film.

Second-unit shooting began earlier in September, while principal photography with the main cast is expected to commence towards the end of the month in South Carolina.

Even though Soderbergh has stepped down from the director's chair, he will be working on "Magic Mike XXL" as a camera operator, editor and director of cinematography.