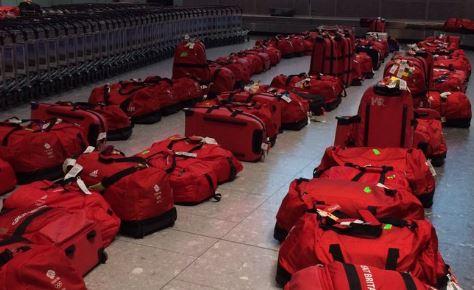 The British Olympic athletes were lost in a sea of red luggage after they landed back in the United Kingdom following the Rio Games.

The matching bright red bags caused chaos at the airport when it came time for the Olympic athletes claim them, as they all looked exactly the same.

The team’s Twitter account had a picture of the suitcase mayhem, captioning it as, “Baggage collection could be interesting.”

Olympic athlete Elena Allen also shared a photo, saying it took awhile to find the bags, despite the names and sports tags on them.

And they weren’t the only ones.

While the matching bags may have been a mistake, most of the athletes seemed to be good sports about the situation.