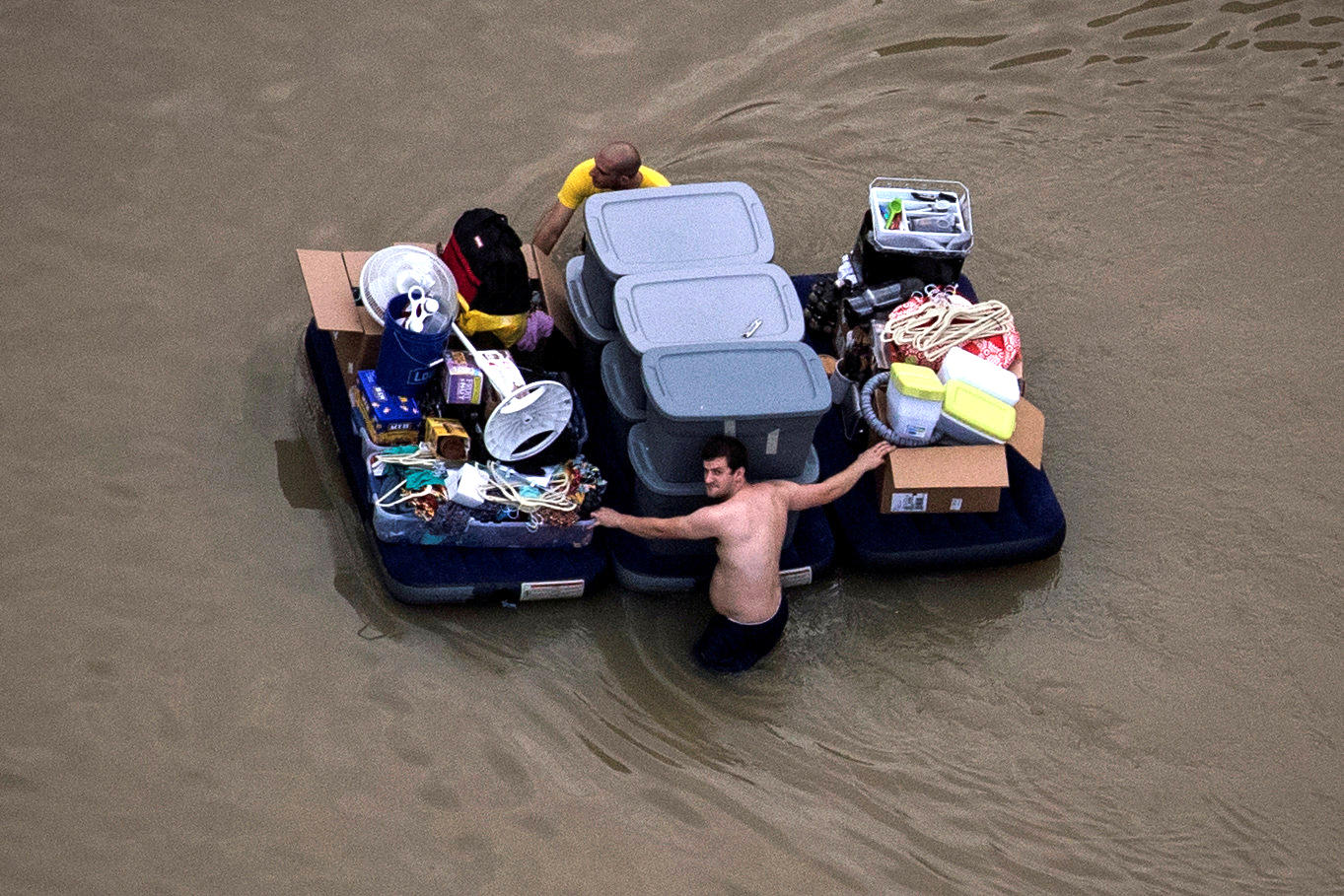 HOUSTON -- Officials in the Texas county hardest hit by Hurricane Harvey want to ask voters to approve up to $2 billion in bonds to fund critical flood-control projects, but are worried about potential roadblocks. Harris County, home to Houston, plans to ask voters to approve $1 billion to $2 billion in bonds to pay for some of the projects, including the widening of bayous and storm water detention basins. The funding could also be used to buy out homes in flood prone areas.

But various dilemmas remain unsolved before the proposal will go before voters.

The bonds would be used to pay for the local match of federal funding being awarded to pay for flood control projects across the country.

The hurricane and the devastating rain that followed last summer caused an estimated $125 billion in damage statewide and flooded thousands of homes in Harris County.

And CBS Houston affiliate KHOU-TV reports many Harvey victims are still uneasy whenever bad weather is predicted. Many are still recovering from Harvey more than seven months later, the station says.

"We had to evacuate" Crystal Garner recalled about floodwaters getting nearly waist-deep in her home of 13 years. It's still in the midst of a major remodeling.

Her fears rise whenever storm clouds roll in or the threat of heavy rain is predicted.

"I just installed a bunch of grass and all that stuff and I'm like, I hope it doesn't float away," Garner told KHOUU, "which I know is unrealistic, but you don't know what to anticipate anymore."

"I think a summer election is going to be a real challenge to get it passed," said Harris County Commissioner Rodney Ellis.

Officials also remain undecided on how much they want to ask voters to approve.

Ellis said he thinks the county needs to "go big" and ask at least for $2 billion and possibly more to pay for a wide array of projects.

But Commissioner Jack Cagle suggested the county could hold a bond election of $1 billion or less for projects that need to take advantage of federal matching dollars already available, and then have another bond election where officials can then show voters what has been done and what is still needed.

"If we play small ball, if people don't have a sense that you're impacting them and you come back later, that second bite, (residents) may not have the appetite to go for it," Ellis said.

County commissioners did approve spending $100,000 to study whether the county could build massive underground tunnels to drain floodwaters from local bayous.

Russell Poppe, executive director of the Harris County Flood Control District, said the county has to first determine if such a project, which could cost several billion dollars, would even be feasible.

Many of the flood control projects being proposed have been discussed for years but have either remained partially completed or confined to the pages of sketches and blueprints due to a lack of money or political will.

It remains unclear if a new reservoir - the most widely discussed flood control project after Harvey - would be one of the proposals that could be paid for with the bond initiative. Officials with the U.S. Army Corps of Engineers are still discussing which flood control projects around the country they will fund with $15 billion in disaster aid approved by Congress in February.

Commissioners also have to decide how specific they should be in detailing what projects will be paid for by the bonds.

"If you talk about which projects are on it, generally you'd like for it to cover the whole county so that people in all parts of the county feel like there's some benefit coming their way," said Harris County Judge Ed Emmett, the county's top elected official.

No date has been set for a meeting to make final decisions on the bond election.

"I don't want to create any false impression that this will be a cure all, fix all for the county," he said.