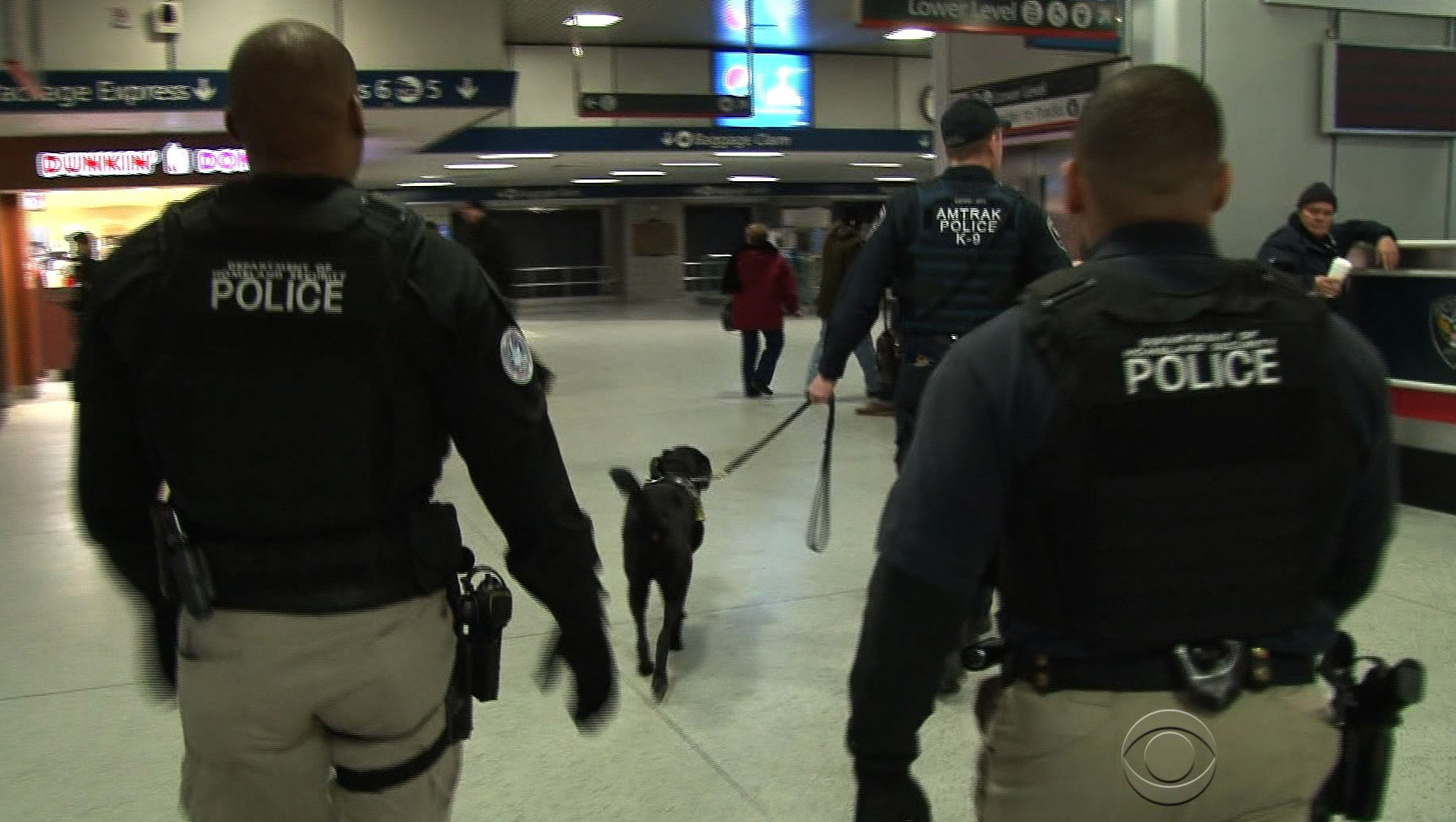 NEW YORK -- Part of Broadway in New York City was renamed Super Bowl Boulevard on Wednesday for a fan festival leading up to Sunday’s big game in New Jersey.

A million people are expected.  Ensuring their safety is a massive operation.

U.S. Customs SWAT officers are flying surveillance missions over MetLife Stadium and Manhattan.  Hercules Teams from the New York Police Department are mounting a show of force in Times Square.

"We worry about this every day here in New York,” Venizelos said. The Super Bowl “puts more focus on it.”

What does the latest intelligence say about potential threats?

"We're not picking up any direct threats against the event itself," Bratton said. "But please, be aware. Notice that backpack someone drops or walks away from."

In the Boston Marathon attack last April, there were two backpacks -- with bombs.  There was no warning before the explosions.  Venizelos worries about a similar homegrown, lone-wolf attack.

At joint command centers at the stadium in New Jersey and in lower Manhattan, dozens of federal, state and local security agencies are monitoring real-time images from more than 2,000 security cameras.

Most importantly, intelligence is being shared.

"You will not see any daylight between us and the federal agencies, the state agencies. We will be working intimately in every phase of these types of events," Bratton said.

That has not always been the case.  Relations between the FBI and New York police have often been strained.

It's not every day that the New York City police commissioner stands next to the assistant director of the FBI. This is kind of a new day of sorts.

"We're going to be joined at the hip. The threats we face require that,” Bratton said.

While security is intense, there are no fences, checkpoints or metal detectors in Times Square. Officials do not want the appearance of a "police state," but they say this is like preparing for a week's worth of mini New Year's Eve celebrations.