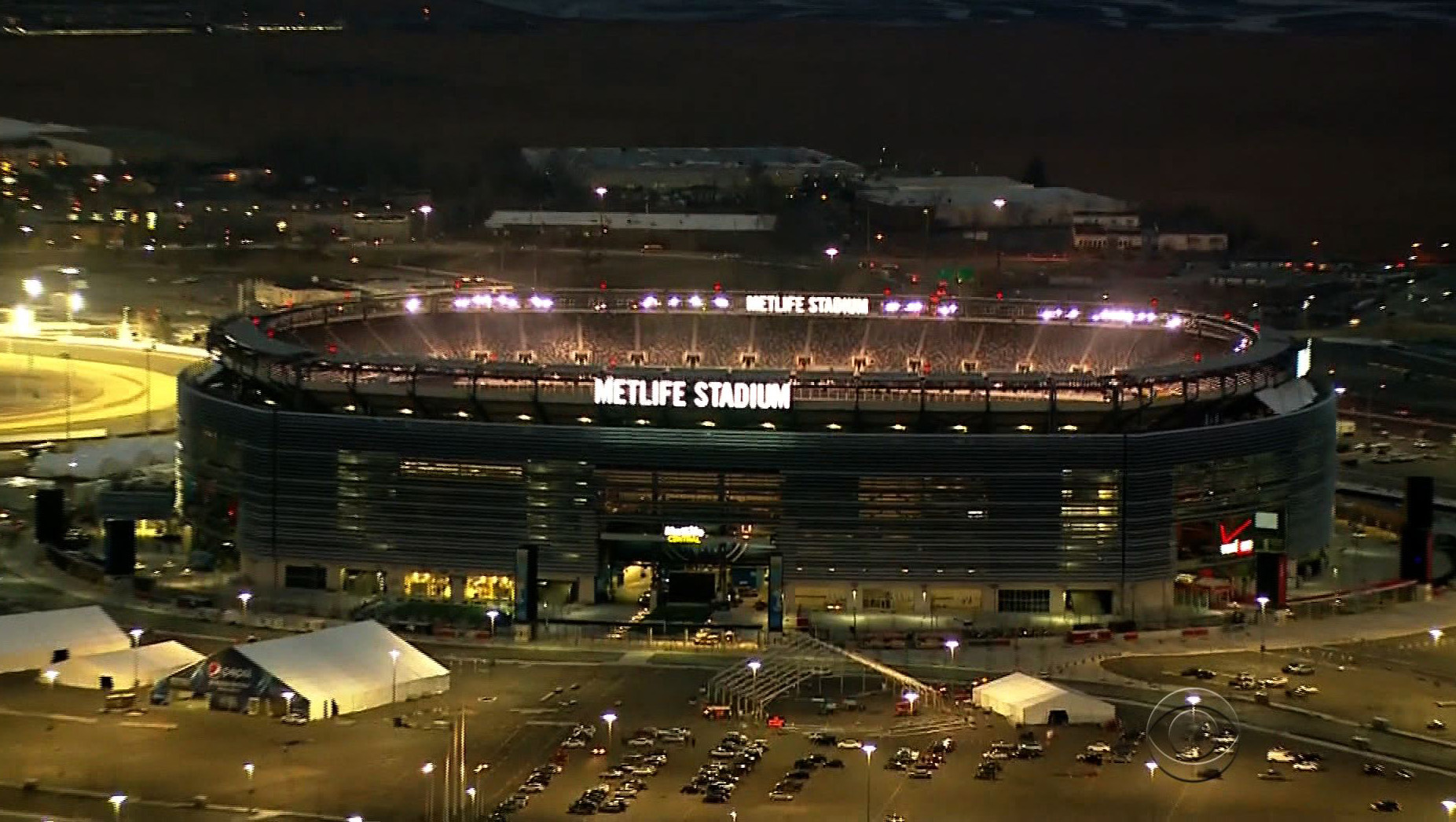 NEW YORK -- One week from Sunday, the Denver Broncos and the Seattle Seahawks will meet in Super Bowl XLVIII, but there is another contest already taking place that has turned just about as bitter as the weather.

The teams are arriving at a New Jersey airport, will stay at New Jersey hotels, and will play in a New Jersey stadium. But New Jersey’s senators say you wouldn’t know that from the NFL’s publicity.

"I don't know how many of you've seen the official Super Bowl LXVIII program, but here it is," said Sen. Robert Menendez, D-N.J., holding up the program. "In the distance, actually you have to go to this narrow window, right here to see the tip of Jersey City."

"Every time I turn on the TV and listen to national correspondents and others, they talk about a football game being played in New York," said Sen. Cory Booker, D-N.J.

The NFL’s response: "This region is able to host an event the magnitude of the Super Bowl because of the unprecedented support and cooperation between the leadership of New Jersey, New York and the city of New York."

MetLife Stadium is in East Rutherford, a borough of New Jersey's Bergen County. Its mayor is Jim Casella.

"The NFL could use used New Jersey in their promotion a lot more," said Casella. "Terry Bradshaw could have stood up there and said, 'I'll see you in New Jersey.'"

With a week to go, East Rutherford’s streets are practically empty, while New York City's Times Square is a beehive of activity.

New York City has closed 13 blocks of Broadway and is turning into Super Bowl Boulevard. Some 400,000 football fans are expected to blitz hotels, restaurants and souvenir shops.

"New York stands to reap the bigger share of benefits. You're talking about a $600 million local benefit.  New York will probably reap between two-thirds and three-quarters of it," he said.

If the state known for the recent traffic jams scandal, the Jersey Shore and the Sopranos was hoping the Super Bowl would burnish its image, Mayor Casella says fuhgeddaboudit.

"This is disrespectful to the people who live here. It reminds me of Howard Cosell making all of those jokes about building this stadium in a swamp," he said.

What New Jersey does offer visitors to the hotels on its side of the Hudson River this week are unparalleled views – of New York.