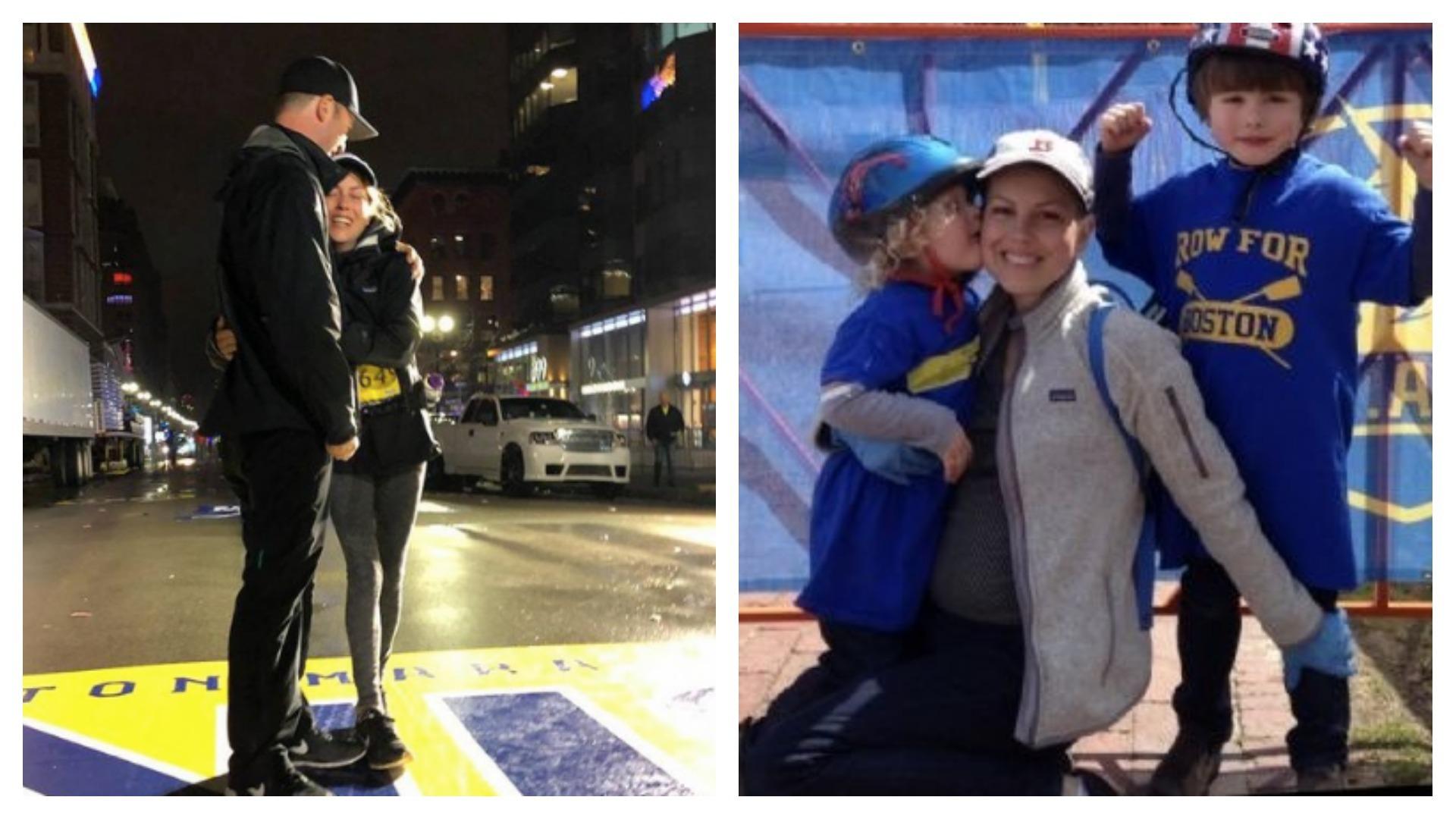 On April 16, as runners from across the globe were braving freezing rain to run the Boston Marathon, and former Olympian Desi Linden was on her way to becoming the first American woman in 33 years to win the storied race, there was another determined American woman among the crowd. Unlike Desi, however, Mary Shertenlieb wasn't a contender to win the race -- in fact, far from it.

When Mary Shertenlieb crossed the finish line at 12:18 a.m., 13 hours after she started, she actually clocked in as the last person to complete the 2018 Boston Marathon. But her time isn't what grabbed the attention of the nation today; her incredible determination did.

Five years ago, Mary Shertenlieb was diagnosed with an aggressive form of leukemia, known as AML. The determined wife and mother of two endured intense chemotherapy, two relapses and a stem cell transplant, before turning to Boston's Dana-Farber Cancer Institute.

"They said, this time we're going to nuke you and throw all these crazy things that we haven't tried before. Are you game for doing that? And [my husband] Rich and I said, yeah, let's try whatever we can," she told CBS Boston.

Miraculously, it worked, and the cancer survivor decided to run the 2018 Boston Marathon to raise money for the cancer institute she credits with saving her life.

On race day, however, Shertenlieb had to contend with some of the worst weather conditions in Boston Marathon history. After battling the torrential rain for 15.5 miles, she stopped into a medical tent with purple lips and symptoms of potential hypothermia.

"At that point, her body began to shiver uncontrollably, her lips turned purple, and because of her compromised immune system, her doctors instructed her to stop running in the rain should this happen," her husband Rich, a local radio host, wrote on Twitter.

Heeding doctors' orders, Shertenlieb ceased running at 4 p.m. and waited for the rain to die down.

Once it did, she changed into a set of dry clothes and hit the streets again with her husband to finish the race. The pair crossed the finish line, holding hands, a little after midnight, and Shertenlieb was presented with a ceremonial medal.

"This race is so important to me, it's so important to this city. It's where I had my boys. This race is like something I've always dreamed of doing and I'm so thankful to everybody that donated money to Dana-Farber because that place saved my life," she told CBS Boston station WBZ.

Now, not only has she overcome incredible odds to complete one of the most challenging races in America, Shertenlieb has raised more than $36,000 to help fight cancer.