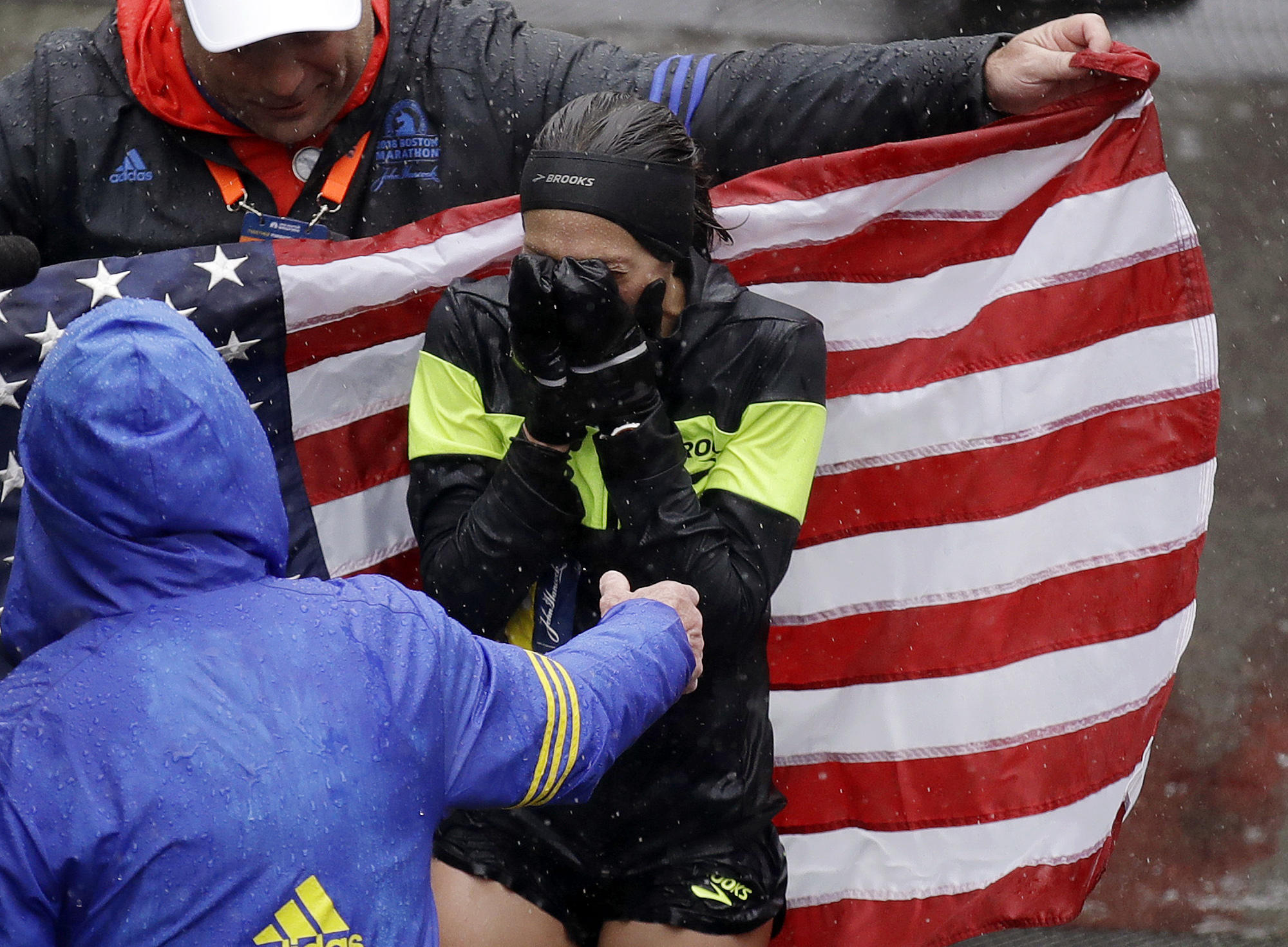 BOSTON -- Through ice rain and near-gale winds, Desiree Linden splashed her way to a Boston Marathon victory on Monday. Linden is the first American woman to win the race since 1985. Des is a two-time Olympian and 2011 Boston Marathon runner-up.

Linden pulled away at the end of Heartbreak Hill to finish in 2 hours, 39 minutes, 54 seconds. The performance is more than four minutes better than second-place finisher Sarah Sellers, one of seven Americans in the top 10, but the slowest time for a women's winner since 1978.

"I'm thrilled. I'm exhausted. I left it all out there. Now I'm ready to warm up," Linden told CBS Boston.  "It hurts right now, but it's a perfect day for me. This is a grinder's day. That's why I keep showing up here, and I think that's why I have success here is because I can kind of tough it out through anything.

On the fifth anniversary of the finish line explosions that killed three and wounded hundreds more, Linden and Kawauchi led a field of 30,000 runners through a drenching rain, temperatures in the mid-30s and gusts of up to 32 mph on the 26.2-mile trek from Hopkinton.

"For me, it's the best conditions possible," Kawauchi said through an interpreter and with a wide smile.

In Copley Square, crowds thinned and muffled by the weather greeted Linden, the California native who lives in Michigan, with chants of "U-S-A!"

Lisa Larsen Weidenbach's 1985 victory was the last for an American woman - before the race began offering prize money that lured the top international competitors to the world's oldest and most prestigious annual marathon. Linden nearly ended the drought in 2011 when she was outkicked down Boylston Street and finished second by 2 seconds.

Marcel Hug of Switzerland earned his fifth wheelchair victory, and American Tatyana McFadden won the women's wheelchair race for the fifth time, pushing though puddles that sent the spray from their wheels into their eyes.

"It was just tough, it was so freezing," Hug said through chattering teeth as a volunteer draped a second towel around his shoulders. "I'm just very glad that I made it."