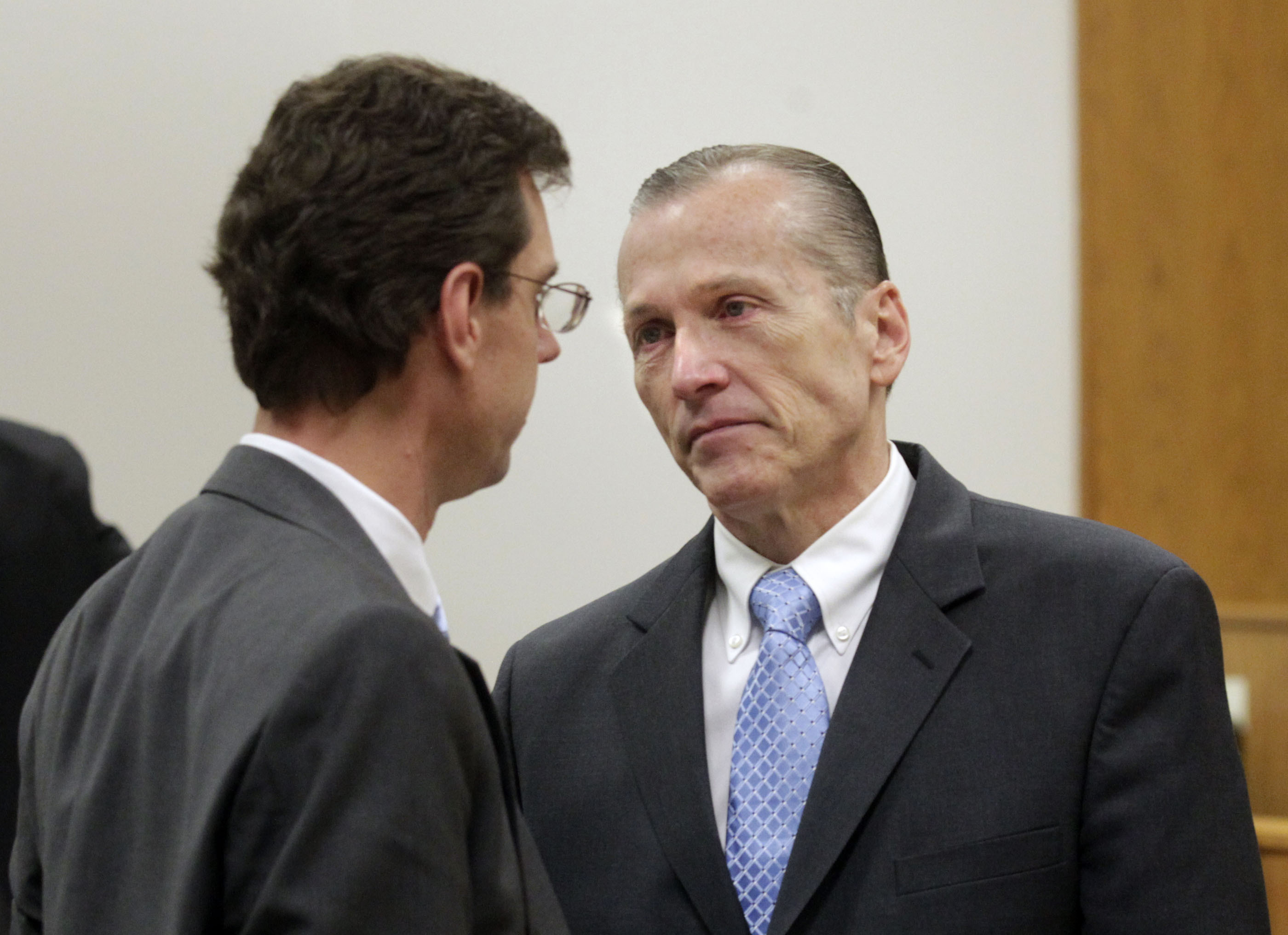 (CBS/AP) PROVO, Utah - Martin MacNeill, a Utah doctor, was convicted of murder early Saturday in the death of his wife six years ago, bringing an end to a trial that became the nation's latest true-crime cable TV obsession with its tales of jailhouse snitches, forced plastic surgery, philandering and betrayal.

MacNeill was accused of knocking out Michele MacNeill with drugs after cosmetic surgery, then leaving her to die in a tub like the one displayed in court.

Prosecutors asserted that he may have held her underwater for good measure and that he did it to take up a new life with another woman.

"It was an almost perfect murder," said prosecutor Chad Grunander, who asserted that MacNeill "pumped her full of drugs" that he knew would be difficult to detect once she was dead.

An early mistress of MacNeill's testified he once confided he could induce a heart attack in someone that would appear natural.

After deliberating for several hours, the jury issued its guilty verdict to murder and obstruction of justice shortly after 1 a.m. Saturday.

The case shocked the Mormon community of Pleasant Grove, 35 miles south of Salt Lake City, and captured national attention because the defendant was a wealthy doctor and a lawyer, a father of eight in a picture-perfect family and former bishop in his local congregation of The Church of Jesus Christ of Latter-day Saints.

Defense lawyers contend Michele MacNeill died of natural causes. They believe she had a heart attack and fell headfirst into the tub and noted the autopsy showed she had an enlarged heart, a narrowing of the heart arteries and liver and kidney deterioration.

"There's simply no proof" of a homicide, lawyer Randy Spencer said. "The prosecution has presented to you their cherry-picked portion of the evidence."

He calledthe testimony of a handful of prison inmates angling for early release doubtful. The men who spent time behind bars with the doctor testified he had acknowledged killing his wife -- or suggested that investigators could never prove he did it.

MacNeill was medical director of the Utah State Development Center, a residential center for people with cognitive disorders, who moonlighted in other medical jobs, once consulting for a laser hair removal clinic. He had a law degree but wasn't known to practice law and has since surrendered his law and medical licenses.

A conviction for first-degree murder is punishable by 15 years to life. The second charge of obstruction of justice could add 1-15 years. Sentencing is scheduled for Jan. 7

The highlight of the three-week trial was a mistress who MacNeill introduced as a nanny within weeks of his wife's death.His older daughters quickly recognized Gypsy Willis as his secret lover and said her mother had been arguing with her husband over the affair.

Willis also served a federal sentence for using the identity of one of MacNeill's adopted daughters to escape a debt-heavy history. That daughter had been sent back to Ukraine, supposedly only for a summer.

For a time, MacNeill's only family defender was his only son. Damian, a 24-year-old law student, committed suicide in January 2010, according to his sisters, who have said he was haunted by their mother's death.

Prosecutors said MacNeill might have gotten away with a perfect murder, but his erratic behavior the day of his wife's death and shortly afterward was "dripping with motive."

They reminded jurors about testimony that MacNeill stood in the bathroom yelling what prosecutors called phony grief, "Why did you do this? All because of a stupid surgery," as paramedics tried to revive his wife.

Family testimony suggested it was MacNeill who insisted his 50-year-old wife, a former local beauty queen in her California hometown, get the surgery. Prosecutors said he used it as an excuse to mix painkillers, Valium and sleeping pills for her supposed recovery.

"Make no mistake, the defendant's fingerprints, if you will, are all over Michele's death," Grunander said.

Prosecutors say MacNeill contrived a medical condition in the weeks leading up to his wife's death, telling many around him he was dying of cancer or multiple sclerosis to absolve him of any motive in the death. He also made use of a cane and could be seen limping at times.

Investigators who subpoenaed MacNeill's own medical records found he was in good health. And they discovered something else: MacNeill had been collecting veteran benefits for decades, saying in an application he had bipolar or anti-social disorders.

MacNeill's arrest warrant contains a former girlfriend's explosive allegation -- not used at the trial -- that MacNeill killed a brother and tried to kill his mother long ago.

Utah investigators confirmed the brother, Rufus Roy MacNeill, was found dead in a bathtub in New Jersey. They determined MacNeill was never charged and found no indication he was ever under investigation for it.