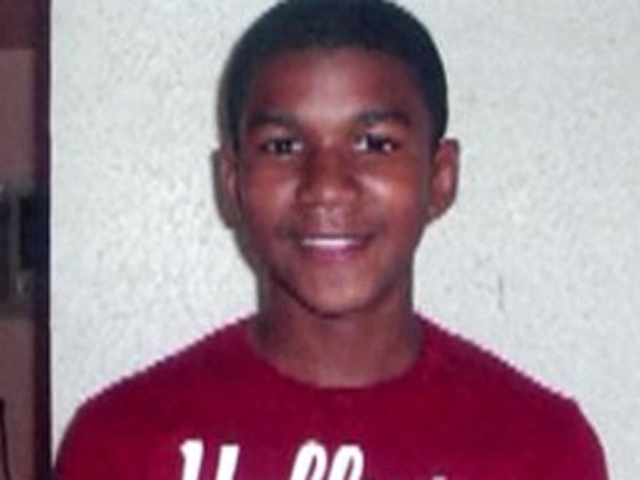 (CBS/AP) NEW YORK - The parents of a black teenager who was shot to death by a neighborhood watch captain in Florida are set to attend a march in his memory Wednesday night in New York City.

A spokesman for the family's lawyer said Sybrina Fulton and Tracy Martin will attend an event called the Million Hoodie March at Union Square. Their son, Trayvon, 17, was shot to death last month while returning to a gated community in Sanford, Fla., after buying candy at a convenience store.

The teenager was unarmed and wearing a hoodie at the time.


The shooter, George Zimmerman, has not been charged in the Feb. 26 shooting. He has said he shot Martin in self-defense after Martin attacked him. Zimmerman is white; his family says he's Hispanic.

Despite two ongoing investigations by the U.S. Department of Justice and Florida's state attorney, outrage across the country continues to grow daily.

The Justice Department has opened a civil rights probe into the shooting. The incident is also now a federal case, slated to go before a grand jury.

And pressure is building for authorities in Florida to arrest George Zimmerman.

"I am tired of burying young black boys," said Rep. Frederica Wilson of Florida , who represents the district where Martin lived. "No more racial profiling. I'm tired of fighting when the evidence is so clear."

Martin had been at the store when Zimmerman, who was acting as a neighborhood watch volunteer, called police to report a "suspicious person." In the 911 tapes, Zimmerman said, "He's got his hand in his waistband and he's a black male." Zimmerman said he was following Martin but the dispatcher cautioned  "We don't need you to do that."

Zimmerman told police that he began retreating to his car, and only fired at Martin, after he jumped him. But conflicting reports from Martin's girlfriend, who was on the phone when it happened, said Zimmerman was the aggressor.

In a telephone call, the young woman told attorney Benjamin Crump, who represents Martin's family, she listened as Martin was suddenly confronted by a stranger.  According to his girlfriend,  "Trayvon said, 'What are you following me for?' And the man said, 'What are you doing around here?'"

Records show Zimmerman had called police dispatchers 46 times in the last 14 months but maintains he acted in self-defense. In Florida, the "Stand Your Ground" law, which gives the benefit of the doubt to anyone claiming self defense, is now being hotly debated.