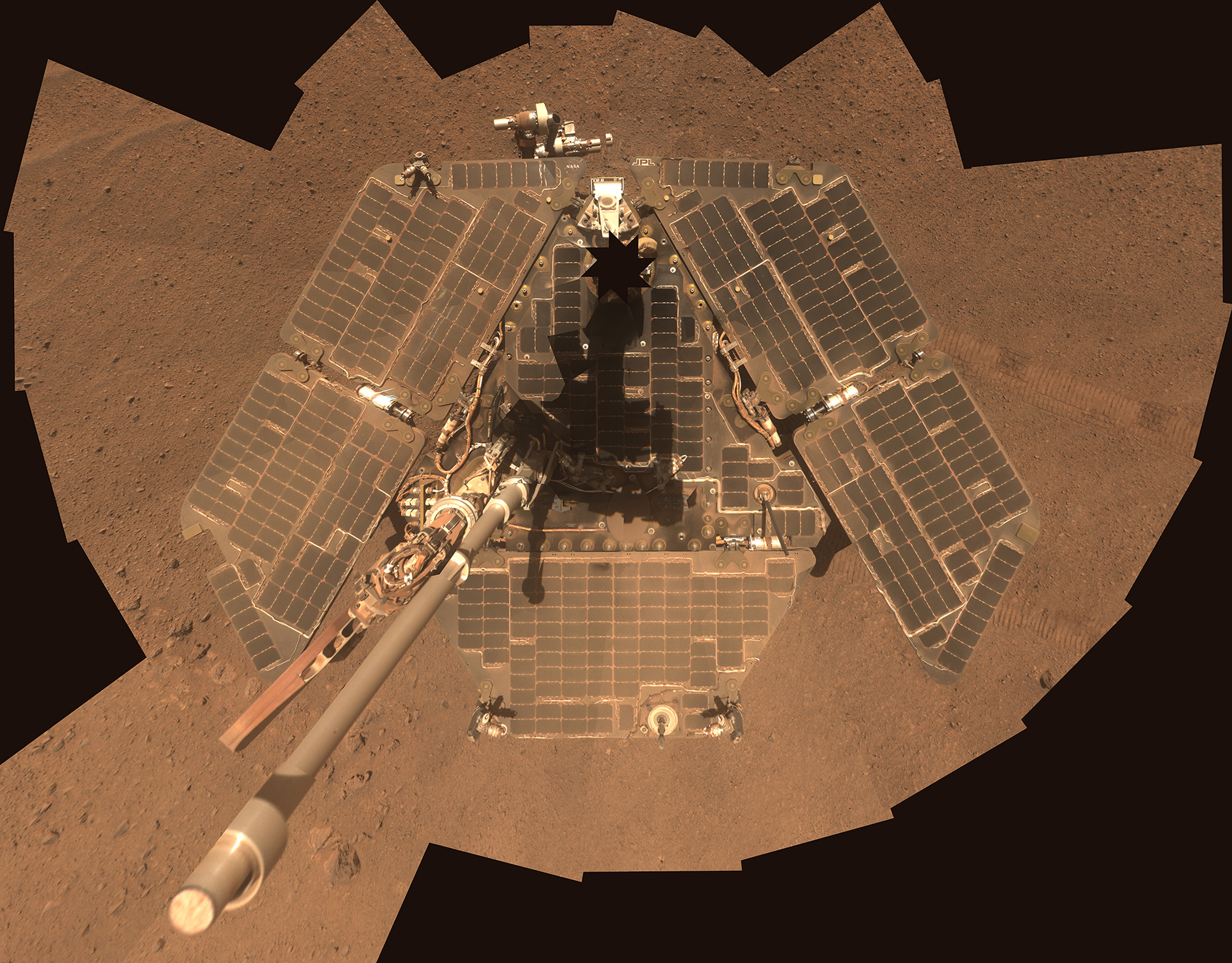 NASA’s veteran Mars rover Opportunity has been driving across the Red Planet’s surface for more than 13 years, but it’s not done exploring yet.

The tenacious robot has embarked on yet another leg of its historic mission, seeking more evidence of Mars’ watery history as it rolls onward around the rim of the 14-mile-wide Endeavor Crater.

Since late 2014, Opportunity has been studying a segment of the crater’s western rim called “Cape Tribulation” — a 3-mile-long (5 km) raised ridge — and now, the time has come for the rover to move southward into a new region called “Perseverance Valley.” [13 Years On Mars! NASA Opportunity Rover Still Rolling (Video)]

The valley, which cuts through the crater rim from east to west, is of special interest to planetary scientists because it appears that some kind of fluid activity carved it out of the landscape billions of years ago. The rover’s exploration will help determine whether it was water, wind or a mix of flowing debris lubricated by water that did the carving, NASA officials said in a statement.

Once Opportunity arrives at Perseverance Valley, which is located less than four football fields’ distance from the rover’s current location, it will study the assortment of rock sizes and aim to determine what caused the valley’s erosion.

“If it was a debris flow, initiated by a little water, with lots of rocks moving downhill, [the rocks] should be a jumbled mess,” Ray Arvidson, Opportunity’s deputy principal investigator and a researcher at Washington University in St. Louis, said in the statement. “If it was a river cutting a channel, we may see gravel bars, crossbedding, and what’s called a ‘fining upward’ pattern of sediments, with coarsest rocks at the bottom.”

With the help of Opportunity and NASA’s Curiosity Mars rover, which is exploring Mount Sharp in Gale Crater, scientists are filling in more pieces of the puzzle of Mars’ wet history and its past potential for habitability. So, by driving Opportunity into this valley, perhaps more observational evidence of ancient flowing water on the Martian surface will be gathered, NASA officials said.

Before the rover embarked on the next chapter of its Red Planet odyssey, however, it snapped a color panoramic image (a mosaic stitched together from many separate photos captured by its mast-mounted panoramic camera) of a ridge that the rover team nicknamed “Rocheport,” providing a clue of what the rover will encounter on the road ahead. (NASA also posted a 3D view of the panorama to be seen through red and blue glasses.)

“The degree of erosion at Rocheport is fascinating,” Arvidson said. “Grooves run perpendicular to the crest line. They may have been carved by water or ice or wind. We want to see as many features like this on the way to Perseverance Valley as we can, for comparison with what we find there.”

The very fact Opportunity is leaving Cape Tribulation is cause for celebration. During this segment of the rover’s exploration of Mars, Opportunity achieved some impressive milestones, but it also encountered a challenge that could have doomed the mission.

In 2015, Opportunity reached the marathon distance traveled on Mars since it landed in 2004. The location where it hit that 26.2-mile mark was dubbed “Marathon Valley” to commemorate the feat. But during that time, Opportunity suffered bouts of amnesia as its aging flash memory encountered errors. Indeed, the mission was designed to last only three months; more than a decade of continuous operations had taken their toll. The memory issues forced rover engineers to adopt a system of uploading data at the end of every day, rather than relying on Opportunity’s onboard systems to store valuable data.

But mission scientists and engineers adapted to the problem, and after roving 27.6 miles, Opportunity continues to trundle on.

“From the Cape Tribulation departure point, we’ll make a beeline to the head of Perseverance Valley, then turn left and drive down the full length of the valley, if we can,” Arvidson said. “It’s what you would do if you were an astronaut arriving at a feature like this: start at the top, looking at the source material, then proceed down the valley, looking at deposits along the way and at the bottom.”