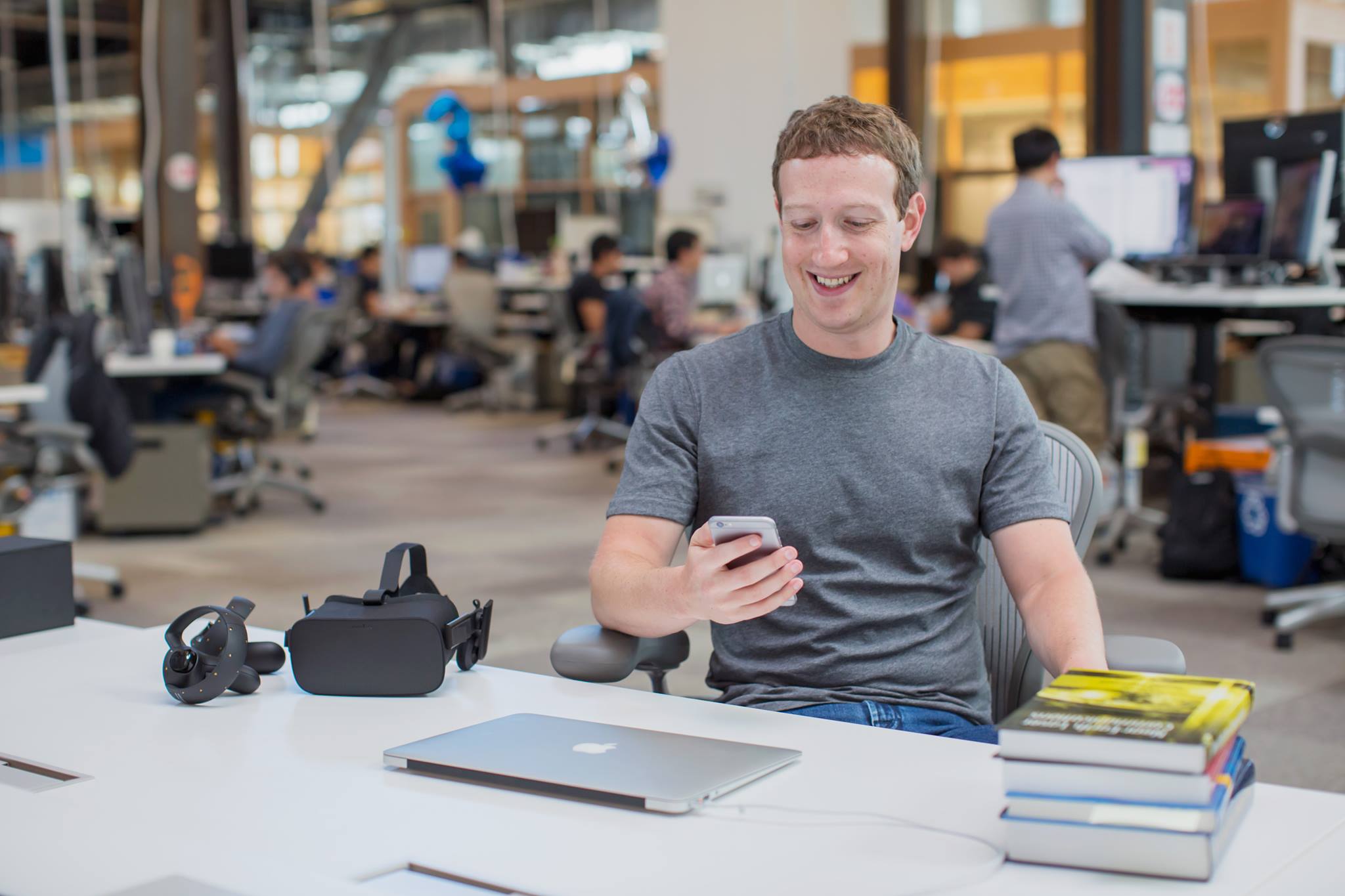 Facebook wants to know what's on your mind. No, literally, on your actual mind.

In response to the query, "Also in 10 years time what's your view on the world where do you think we all will be from a technology perspective and social media?" Zuckerberg answered:

"In the future we'll probably still carry phones in our pockets, but I think we'll also have glasses on our faces that can help us out throughout the day and give us the ability to share our experiences with those we love in completely immersive and new ways that aren't possible today."

In the nearer term, Facebook will be working on virtual reality, which Zuckerberg has already said is among his top focuses for taking social media sharing to the next level. The company bought virtual reality tech company Oculus for $2 billion last year, and in February, Facebook's chief product officer, Chris Cox, demonstrated how VR could be used to share richer experiences than text and photo updates.

Zuckerberg said in the Q&A that it won't be long before VR sharing goes mainstream. "We used to just share in text, and now we post mainly with photos. In the future video will be even more important than photos. After that, immersive experiences like VR will become the norm."

And after that, we'll just mind meld with our friends and let them think what we think and feel what we feel. "We'll have the power to share our full sensory and emotional experience with people whenever we'd like," he wrote

He continued, "One day, I believe we'll be able to send full rich thoughts to each other directly using technology. You'll just be able to think of something and your friends will immediately be able to experience it too if you'd like. This would be the ultimate communication technology."

One might ask: What about all the thoughts better kept to oneself? Hopefully there will be filters for that -- or at least a psychic Undo button.

The Q&A also prompted Zuckerberg to discuss his internet.org plan to bring Internet to the two-thirds of the world that doesn't have it and in doing so lift hundreds of millions out of poverty.

He shed light on Facebook's work with artificial intelligence to "understand the meaning of what people share" and thereby do a better job of delivering it to people who'd want to see it. (That answer raises its own questions about the value of living in a social media echo chamber.)

And he skirted an explanation of -- and sorta kinda apologized for -- "poking," saying simply, "It seemed like a good idea at the time."