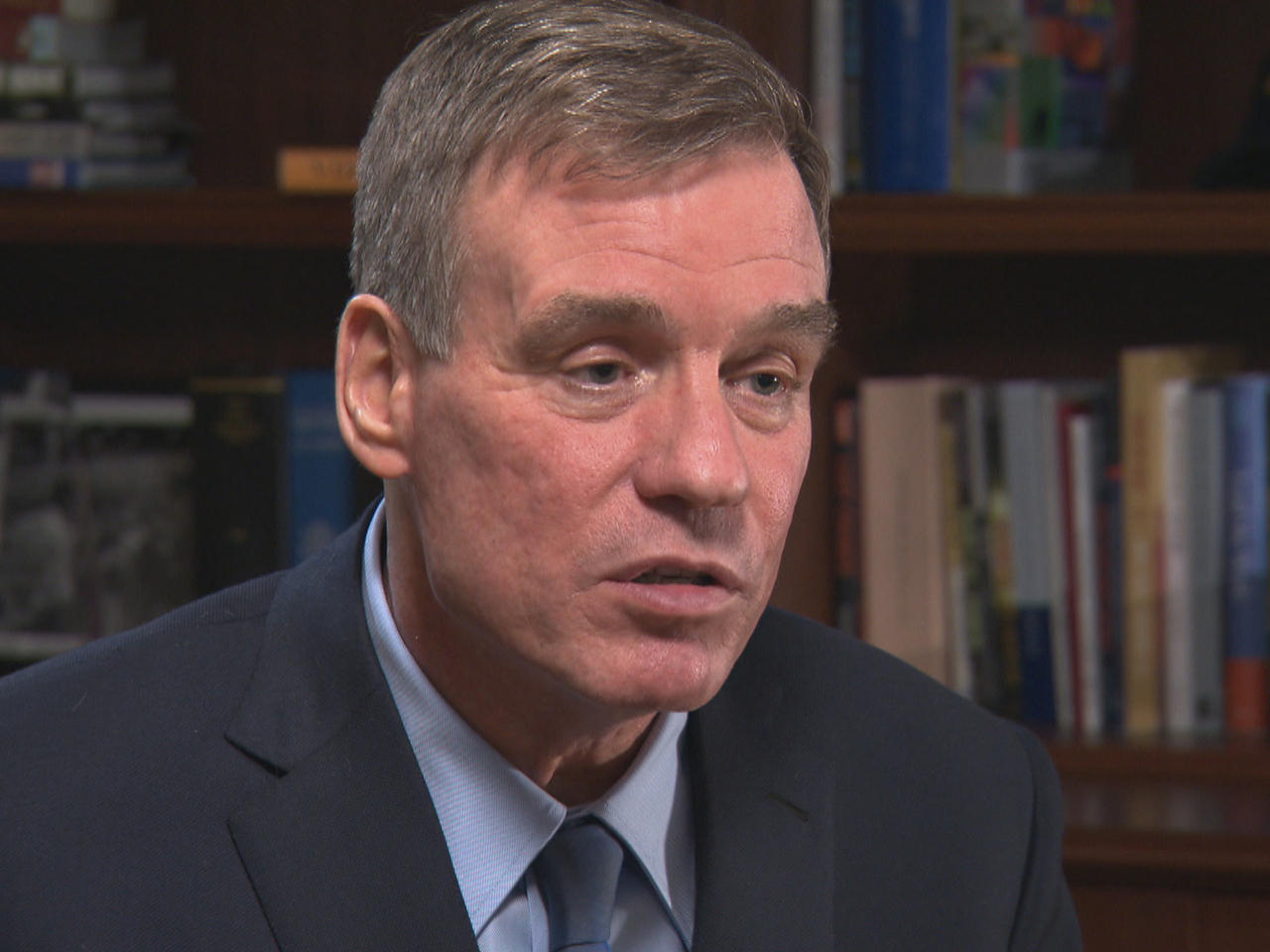 Sen. Mark Warner has been asking tech to step up to the plate for a long time. Now, Congress is asking too.

Following Facebook CEO Mark Zuckerberg's marathon 10 hours of testimony to Senate Judiciary Committee, Senate Commerce Committee and House Energy and Commerce Committee over two days this week to give details about how the political data analysis consultancy Cambridge Analytica was reportedly able to buy Facebook profile data for more than 87 million users and to apologize.

During the hearings, he also answered everything from concerns about political censorship to questions about upcoming European privacy regulations to conspiracy theories about whether his company's app is surreptitiously listening through your phone to serve better ads (he reassured the committee it's not true).

By the end of the ordeal, which was widely seen as a showdown that could determine Facebook's future, Zuckerberg was given a thumbs up by Wall Street investors, who pushed the company's stock up nearly 6 percent in seeming relief the 33-year-old had dodged more congressional ire.

But Warner, a Virginia Democrat who's also vice chairman of the Senate Select Committee on Intelligence, said in an interview with CNET that this is by far not the end of things. He now wants Twitter CEO Jack Dorsey, Google co-founder Sergey Brin and more tech executives to come to Capitol Hill as well. He'd personally like them to talk to his committee about national security issues.

That isn't to say Warner is itching to deliver a finger-wag to every major name in tech. Instead, he says they need to wise up that the issues raised in these hearings are not going away and that it's in their best interest to work with Congress rather than resist.

"I'll be the first to acknowledge that if the tech companies leave it to policy makers in Washington alone to figure this out, we'll probably screw it up," he said, adding that the complexity of the issues facing lawmakers begs for the tech industry's input.

"This is a problem that's not going to go away," he said.

Warner isn't the only lawmaker making these requests. Figures like Dorsey have already been invited to testify at various hearings, but so far demurred.

While Congress has vented plenty of frustration at Zuckerberg over his company's handling of the Cambridge Analytica scandal, among other things, the hearings were light on policy prescriptions.

There's The Honest Ads Act, which Warner co-sponsored with Arizona Sen. John McCain and Minnesota Sen. Amy Klobuchar, in which internet sites and apps would have to disclose who pays for political ads, among other things. Warner calls it "the lowest hanging fruit," and indeed Facebook is already implementing similar features.

But Warner is also interested in other issues, such as finding new ways to confirm the origin of posts, so that a someone posting propaganda from Moscow, for example, wouldn't be able to post on Facebook claiming to be in San Francisco.

Warner is also interested in making it easier for people to move their data from one social network to another, though he realizes taking connections to friends with you isn't easy. He's also likely to strengthen privacy laws and find a fix for all those terms of service contracts we all just press "agree" to.

"I'm not sure what the right answer is," Warner added. But he wants to begin figuring it out. "There is a litany of policy responses we could take."

Here are edited excerpts from CNET's conversation with the senator after Zuckerberg's testimony concluded this week.

CNET: What did you think of Mark Zuckerberg's testimony?

Warner: I didn't watch, but I got a lot of reports. You could see to a degree that as the members got younger, the questions got sharper. And I think that the fact that Mr. Zuckerberg apologized and took responsibility, I appreciate the fact that he even, in advance of his testimony, supported one of the legislative resolutions I put forward called the Honest Ads Act with Sen. Klobuchar and Sen. McCain.

On the questions around privacy, content, data portability, sourcing of particularly fake posts, he got away without answering any really serious questions.

I think the narrative we've stumbled on in the last year is that the honeymoon period between tech and Washington, DC is starting to come to a close. And a lot of serious questions are starting to be asked.

Warner: Yes, and I think a lot of the concerns raised in the hearings this week were around privacy. And obviously that is a huge issue and one that not only Facebook needs to address, but Twitter needs to address. In a sense Google and YouTube as a single entity need to address. All the other social media companies need to grapple with.

But there are also enormous national security concerns. And these problems are only going to get worse.

And yet we have members of Congress struggling to understand the basics of even the business model and how some of these companies work. How do we deal with this?

Warner: I hope there was a step forward on the education process this week and that members will maybe get their staffs or others to brief them up on the basic notion that the fact that Facebook is not selling data, but they're selling information about us, so that we can then be targeted by users or advertisers or people who want to spread real content or non-real content.

I think it will be an evolutionary process. I've seen it on the intelligence committee as we've both educated members on how the social media models work but also to create fake personas and fake accounts. And we've even see data mapping that shows when and where a lot of this extremist views on both the left and right originate.

That's why my appeal to the Valley, and to Mr. Zuckerberg -- and for that matter, we want to see him, we want to see [Twitter's] Jack Dorsey, we want to see [Google's] Sergey [Brin] -- to come back in and talk to the intelligence committee on national security issues. Because this is a problem that's not going to go away.

I think for a while the companies thought they could send their lawyers as they did last fall and do real quick hearings and sweep this under the rug and go on as if nothing had changed. That is not going to be the case.

We've known about these privacy and national security concerns for a while. But it feels like this stuff is coming way faster than Congress can learn and there's no real hope of catching up.

Warner: Amen. That is a very possible scenario. And then you have a very negative event and then an overreaction.

If you add up all the money Russia spent in intervening in our election -- from paid ads to paying folks who were trolls to using their bots -- if you add on top of that what happened in the French elections. You add on top of that as well, we've now had members of Parliament come over and say, "oh my gosh, we didn't think so at first, but we're seeing all sorts of indications around the Brexit vote."

You add all that together, it's less than the cost of one new F-35 airplane (Which, at more than $400 billion, is one of the most expensive weapons systems ever).

And we live in a world where the United States of America just approved a $700 billion defense budget. Russia has a $68 billion defense budget. They've made the decision where they think 21st century conflict will be -- in misinformation, disinformation and cyber. I fear sometimes we're buying the world's best 20th century military in terms of tanks and ships and planes and guns, when conflict may have moved to a different realm.

Do you trust Facebook to be fully forthright at this point?

Warner: I think they've gotten better. I still am troubled by the fact that just in terms of scale -- they found 30,000 accounts in France that they took down, and Mr. Zuckerberg cited that in his testimony, and that we've only identified the 470 accounts from the one troll factory in St. Petersburg as the only Russian intervention in our country.

My concern is that since this is was such an effective ability to spread dissention. I don't think any of that has stopped.

The fact that Facebook hasn't leaned more into that is concerning to me.

So I hope they are fully forthcoming. We brought in outside experts to do a more thorough independent analysis of the literally hundreds of thousands of posts and instagrams and others to try and get a better handle. I quote Ronald Reagan, "Trust but verify." I think we need to do that.

That's why with the Senate Intelligence investigation, which is ongoing, is going to want these CEOs back.

My appeal to the tech companies, both as folks who want their enterprises to continue, but also as loyal Americans, is that they will step up and work with us to get this right. The days of the wild wild west that we've lived through for the last few years cannot continue.

Is any of this stuff going to get better at some point?

Warner: I'm an optimist. You have to be in this business.

I think smart people with innovative ideas can sort through these problems, but only if we're willing to lean into them.

CBS News' Alexandra Zuckerman and Blair Guild, both based in Washington for CBS News, shot video and contributed to this report.