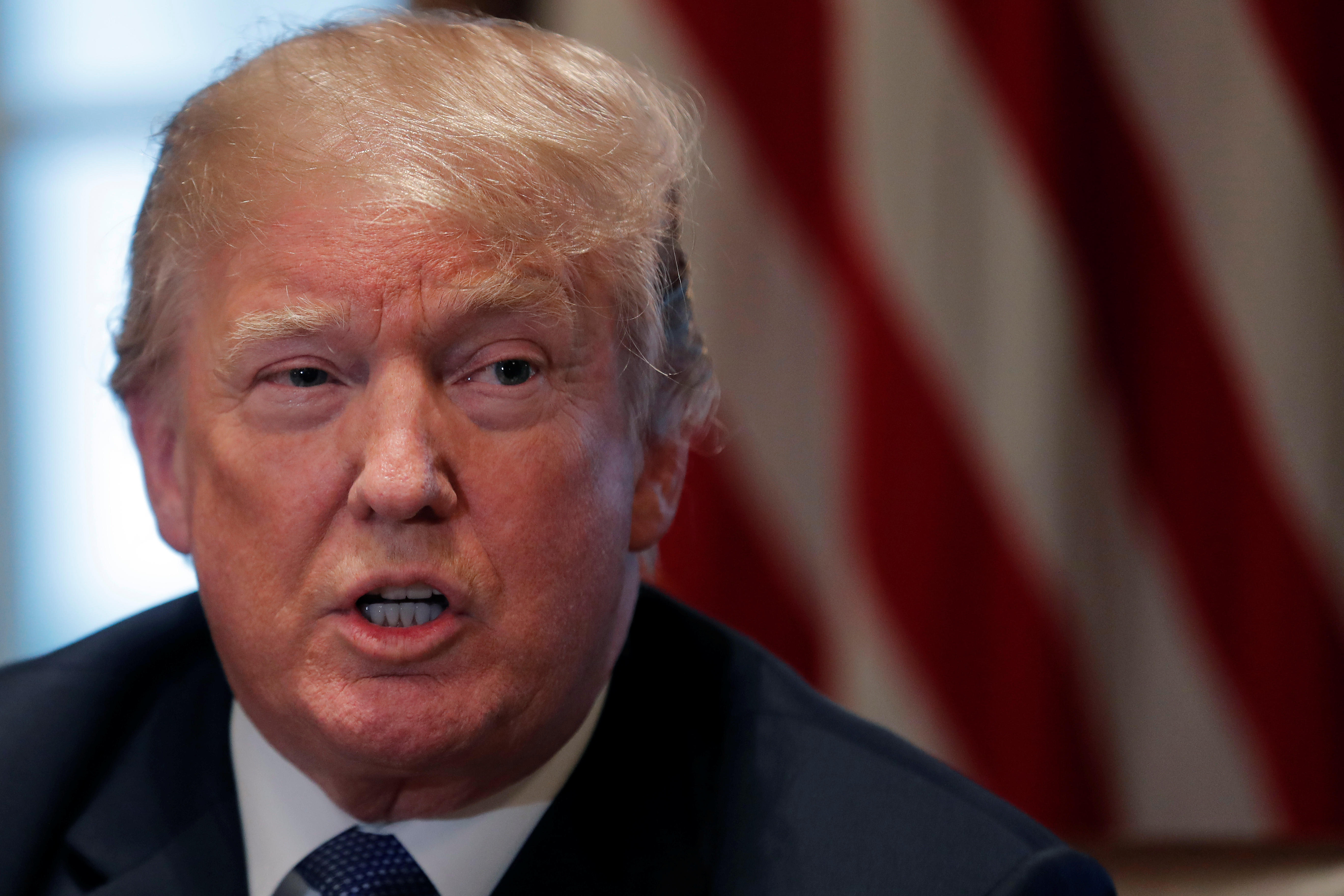 The bill signing comes amid a flurry of other unrelated news, news that reporters will almost certainly ask Mr. Trump about on Wednesday. President Trump isn't ruling out firing special counsel Robert Mueller, the home and office of Mr. Trump's personal lawyer were raided by federal investigators, and Speaker of the House Paul Ryan announced he will not be running for reelection. But the president ignored shouted questions about those topics after the signing ceremony.

"This was a tough one but it's something that we got done. It shouldn't have been tough," the president said.

Mr. Trump said trafficking, "is probably worse today than at any time in our history."

Lawmakers in the room included House Majority Leader Kevin McCarthy, R-Calif., Connecticut's Democratic Sen. Richard Blumenthal, and Sen. Rob Portman, R-Ohio. Ivanka Trump, the president's daughter and a senior adviser to the president who has made sex trafficking reform a key issue of her White House tenure, was also present.

The legislation, while it has bipartisan support, has also faced criticism over potential freedom of speech concerns. McCarthy noted it took 10 years to pass such legislation.

"We would not be here today if it wasn't for your courage," McCarthy told survivors and activists in the room.