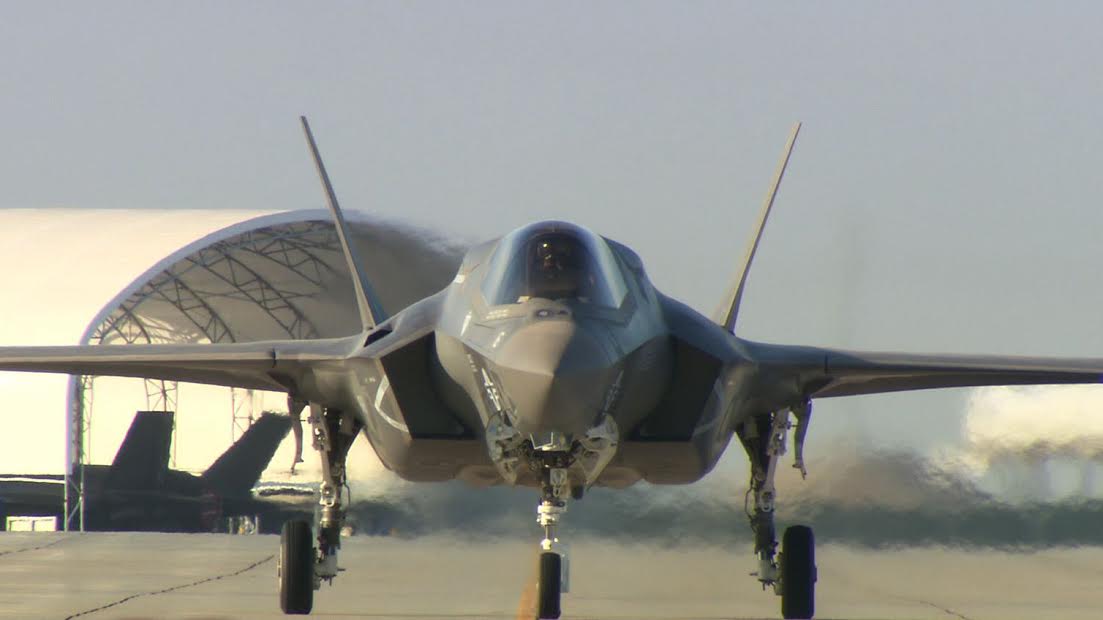 In the rush to stay ahead of China and Russia, the Pentagon started buying the F-35 before testing it, breaking the traditional “fly-before-you-buy” rule of weapons acquisition.  Now taxpayers are paying the price for mistakes that weren’t caught before production began. A Pentagon document obtained by 60 Minutes catalogues the “flawed . . . assumptions” and “unrealistic . . . estimates” that led to a $163 billion cost overrun on what was already the highest priced weapons system in history.  David Martin reports on the problem-plagued program and the battles the Pentagon has fought with the plane’s manufacturer, Lockheed Martin, to bring the costs under control.  He also gets a firsthand look at some of the plane’s game-changing technology for a story to be broadcast on 60 Minutes, Sunday, Feb. 16 at 7 p.m. ET/PT.

“We started buying airplanes a good year before we started test flights,” says Frank Kendall, the Pentagon’s chief weapons buyer.  “I referred to that decision as acquisition malpractice.” Kendall says the program is now under control, but says,“We need to face the truth in this business. We need to understand what works and what doesn’t.”

A lot didn’t work for the state-of-the-art jet, which the Air Force, Navy and Marines are all counting on to replace virtually all of their current jet fighters. Mistakes included simple things like running lights that didn’t conform to FAA standards and tires that wore out much faster than expected. “Tires aren’t rocket science,” says Lt. Gen. Chris Bogdan, the man in charge of the F-35 program. “We ought to be able to figure out how to do tires on a multibillion dollar, highly-advanced fighter."

“Long gone is the time when we will continue to pay for mistake after mistake after mistake,” Bogdan vows. On a tour of the assembly line in Fort Worth, Texas, Bogdan told 60 Minutes, “I know where every single airplane in the production line is on any given day,” and that “Lockheed Martin doesn’t get paid their profit unless each and every airplane meets each station on time with the right quality.”

Another Pentagon document obtained by 60 Minutes states that “progress is sufficient” to increase production but warns that the plane’s software “is behind schedule” and “reliability . . . is not growing at an acceptable rate.” If the technological problems of the most complex aircraft ever built can be solved, the F-35 will give American pilots an astounding edge in combat -- the ability to see their enemies before those enemies are aware of them. According to Marine Lt. Gen. Robert Schmidle, “The range at which you can detect the enemy as opposed to when he can detect you can be as much as 10 times further.”

Key to that advantage is a half-million dollar computerized helmet which projects a 360 degree picture of the battle space onto the pilot’s visor. Martin was the first person without a security clearance allowed to try out the helmet and experience firsthand its ability to see through the structure of the airplane so pilots can see what’s directly beneath them.

The Pentagon is counting on the F-35 to control the air against a new generation of warplanes currently being tested by China and Russia. “Air superiority is not a given,” says Air Force Chief Gen. Mark Welsh.  “If we can’t provide it, everything we do on the ground and at sea will change.”