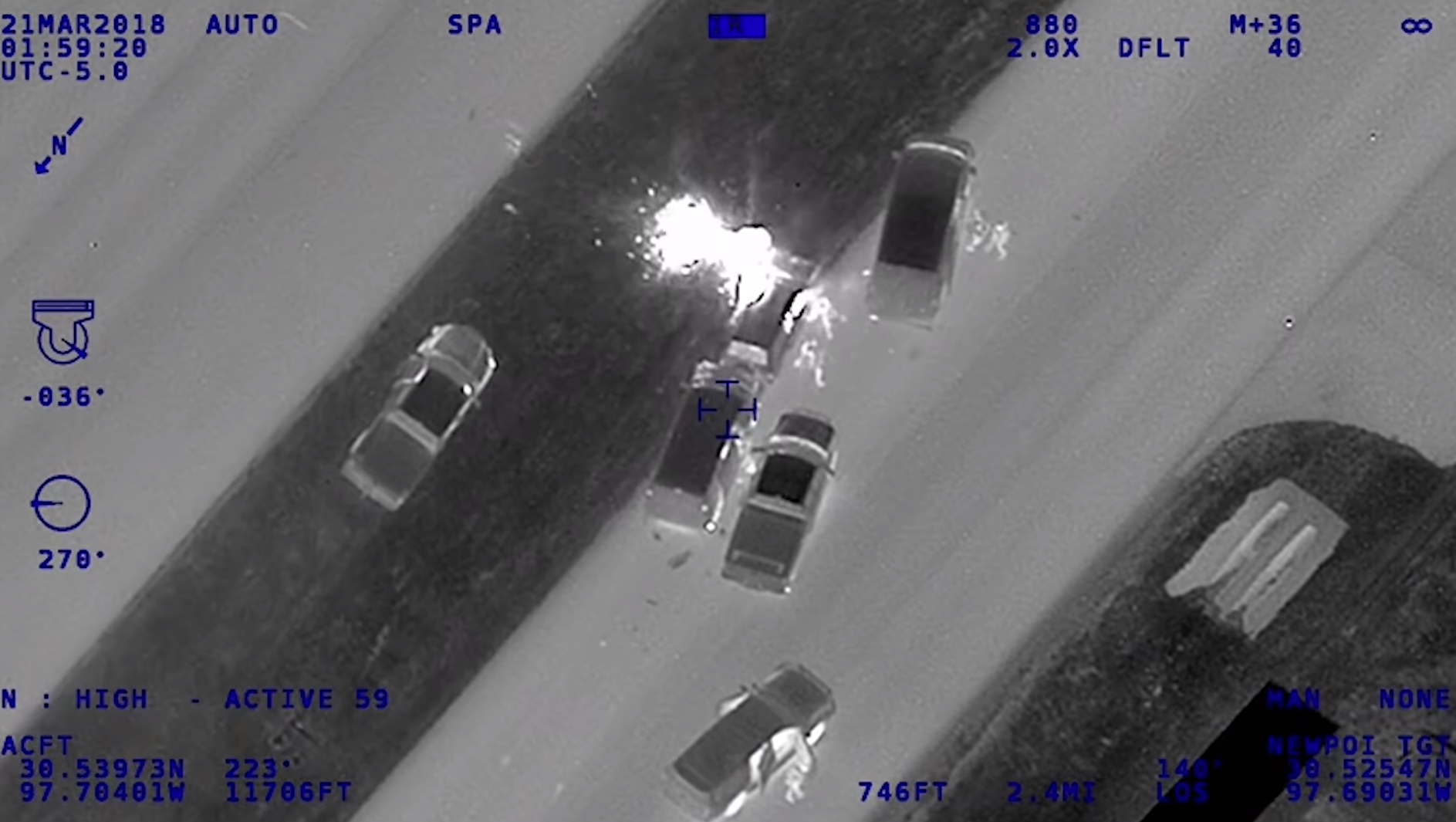 AUSTIN, Texas -- The first publicly released video of Texas police closing in on the suspect in a series of deadly Austin package bombings shows officers approaching his SUV before the vehicle explodes. But still investigators still have not released a 25-minute cellphone recording by Mark Conditt in which he allegedly confessed.

Aerial footage released Friday by the Texas Department of Public Safety comes five months after police say Conditt, 23, blew himself up inside the SUV along an interstate highway. The package bombings terrorized Austin for three weeks in March, killing two people and badly wounding four others.

At first the camera fixes on a car that is pulling out of a parking space, CBS Austin affiliate KEYE reports. "Air to ground, he's on the move backing out now," says a voice on the audio. The video continues to follow the car as the driver heads onto the I-35 feeder road, and Austin police vehicles catch up to it, and even ram it.

Authorities haven't revealed a motive for the bombings. Police Chief Brian Manley told KEYE the Austin Police Department will release its own video of the incident once the grand jury is done reviewing it.

Investigators have not released a video that police called a confession by Conditt, where he offers no motive but gives some details.

"I wish I were sorry, but I am not," Conditt says on the recording, according to KEYE. He also describes himself as a "psychopath" who has been disturbed since childhood.