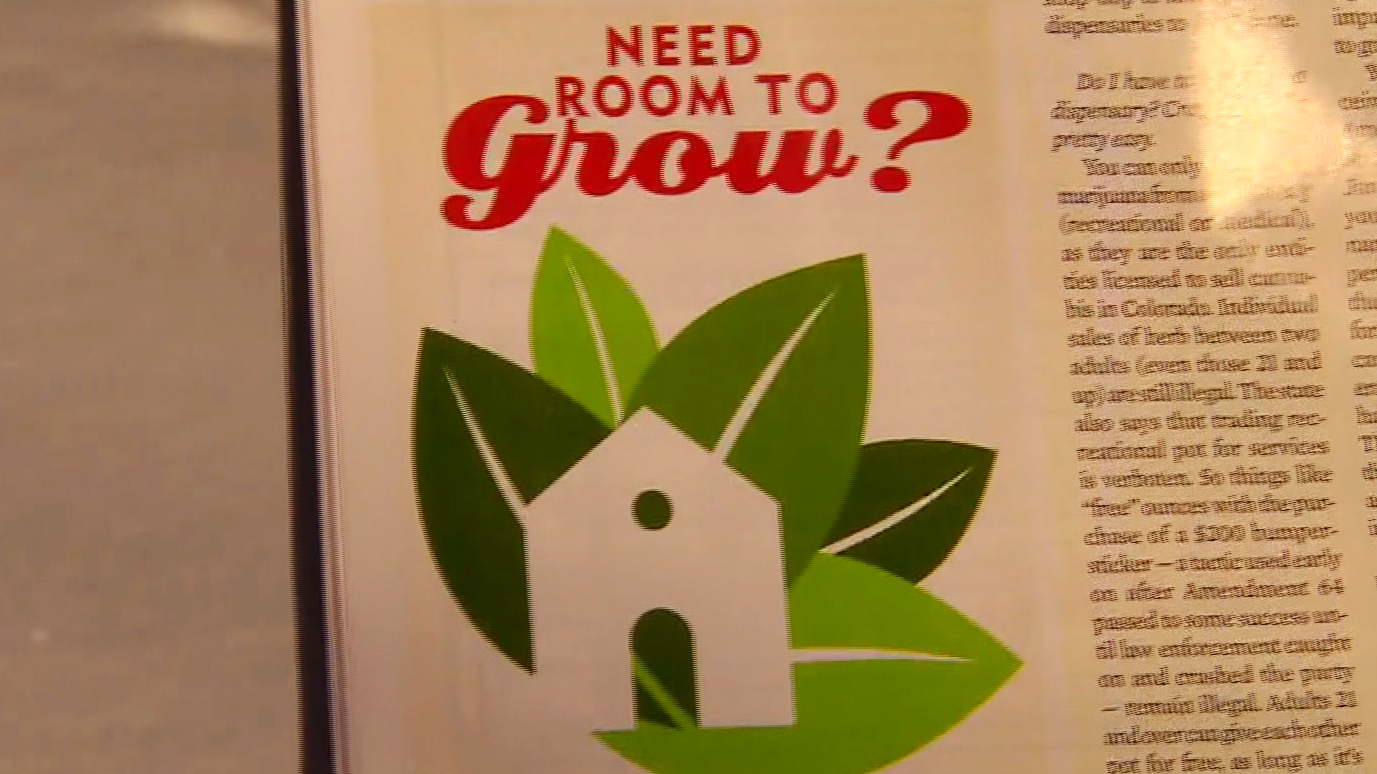 Colorado realtor Rona Hanson is marketing for the changing laws, and attitudes, surrounding marijuana. Her real estate ad says come to her if you "need room to grow."

“I’m getting a lot of renters who want to live in a home,” she told CBS News. “And grow pot.”

And she is not surprised that, according to a new CBS News poll, a majority of Americans now favor legalizing the drug.

“I think people like to be real and have the law catch up with the reality of marijuana,” she said. “For it to be illegal just seemed to be irrational to a lot of people.”

Since 1996, 20 states and the District of Columbia have passed laws allowing the sale of marijuana for medicinal use.

Now, Colorado and Washington allow marijuana use for both medicinal and recreational purposes. Alaska, Oregon, California and Florida are considering legalization through ballot initiatives or legislation this year. And, this week Attorney General Eric Holder announced that the federal government will soon allow banks to do business with legal marijuana sellers.

In California, people gathered signatures today on a petition to get legalization on the ballot.

"We've collected thousands of signatures so far, and I think with the support it definitely can make it to the ballot," one activist told CBS News.

The number of Americans who have tried pot has remained steady at about forty percent, but what has changed is the growing number now frustrated with current drug laws.

“I think people don’t like the idea of their children and grandchildren being criminalized,” said Hanson.

The CBS poll found that most in the U.S. want legalization decided not by the federal government but on a state by state basis, so the laws may be different across the country for years to come.