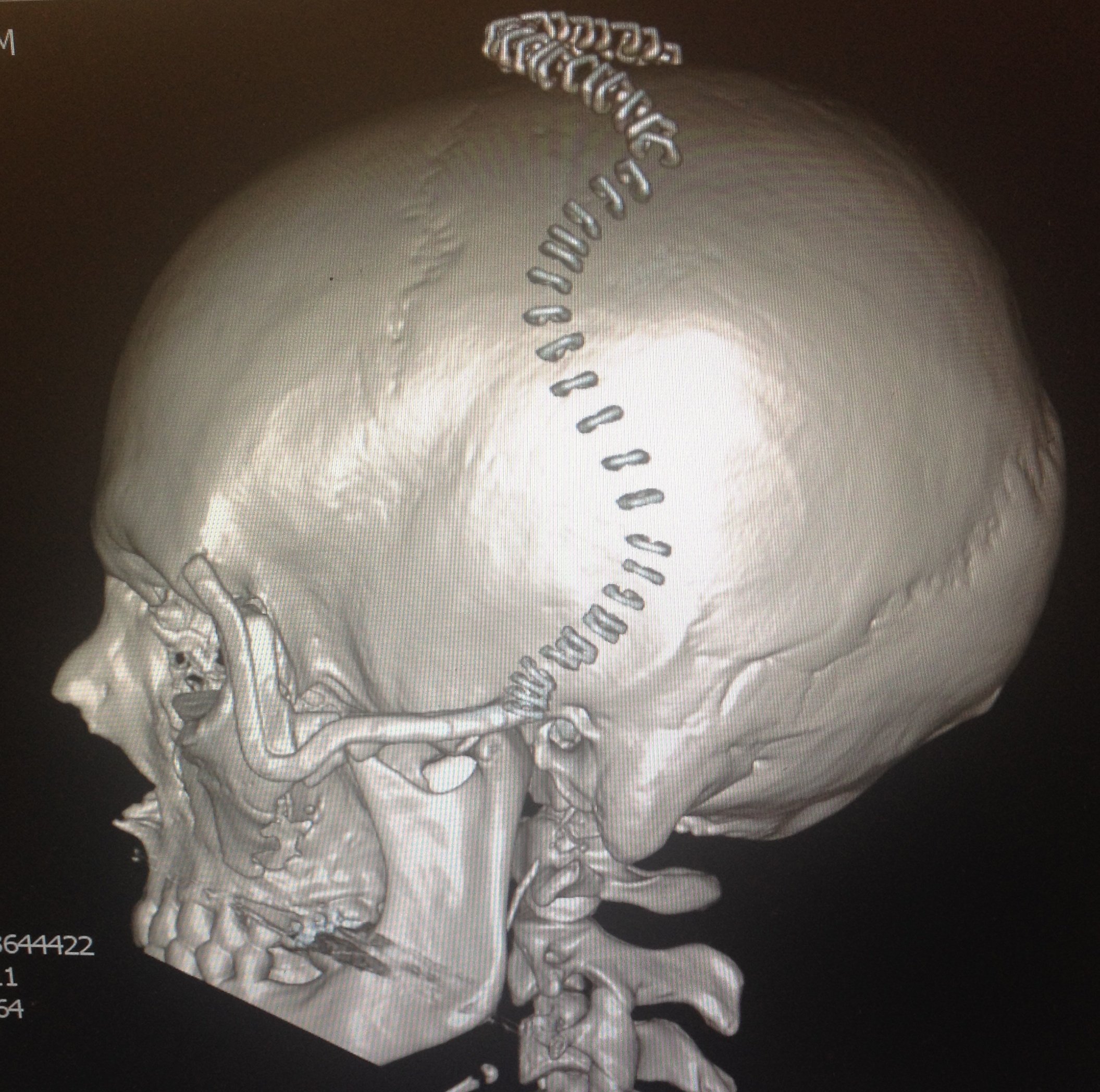 In a surgical milestone, 3D printing has been used to reconstruct the face of a man who was badly injured in a motorcycle accident that left him with broken cheekbones and eye sockets, a fractured skull and a broken jaw.

Stephen Power, 29, of Cardiff, Wales, was badly injured in a motorcycle accident in September 2012 that left him with extensive injuries. Besides the serious facial fractures, he also had two broken arms and a badly damaged left leg that required a bone graft.

He needed emergency surgeries, and with the help of plastic surgeons, was able to have some facial injuries fixed. But doctors stopped short of repairing his left cheek and eye socket because they were worried it might damage his eyesight further.

Power was so concerned about the damage to his face that he would hide behind hats and sunglasses when he went out in public.

The injuries were complex, with bones having to be re-cut into several fragments. That's when doctors turned to 3D technology.

They first took 3D scans of his face and created models to see where the new bones and guides would fit in. That allowed them to plan for the surgery virtually on a computer screen and physically on a model of Power's skull. Next, they printed medical-grade titanium implants using the same printers, and put them in during an intensive 8-hour operation.

"Without this advanced technology, it's freehand. You have to guess where everything goes. The technology allows us to be far more precise and get a better result for the patient," explained Dr. Adrian Sugar, the consultant maxillofacial surgeon who performed the procedure, in a hospital press release. "This is really the first time we've taken it to this stage, where everything to the very last screws being inserted has been planned and modeled in advance -- and worked sweetly."


Power gave the surgeons high marks on their work.

"To be honest I thought they did a good job in the beginning anyway because of how bad my accident was," he said in a statement. "But from this operation I can't really explain how well it has gone. It has just made me look a lot better. I take my hat off to them."

While this process took months, Sugar now hopes based on Power's success it might take only days for another patient.

3D printing increasingly has been looked at in medical care as technology has advanced. Researchers have printed 3D airways, jawbones, hips, ears, prosthetic devices and even stem cells.

What we know about what happened to Damar Hamlin
Ryan Jaslow