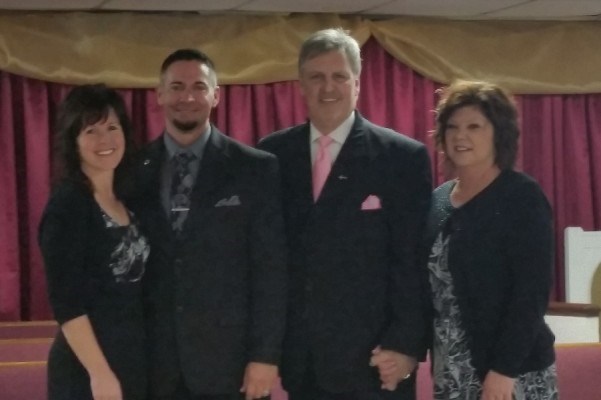 A North Carolina man's act of generosity may have ended up saving his own life.

"I prayed for peace with it and a couple of days later God gave me peace," he said. "I told my wife we're going to do this."

He got tested and turned out to be a match for Herbert. After a series of preliminary tests and procedures, the transplant was finally scheduled for Monday at Duke University Medical Center.

Herbert got his new kidney. But the operation did more than save Herbert's life -- it may have saved Jones' as well.

When doctors opened him up, they made a surprising discovery. Jones told the Salisbury Post that his surgery took six hours -- twice as long as expected -- because "they found an aneurysm in one of my arteries." It hadn't shown up in any of the preoperative tests.

An aneurysm forms when a weakened portion of an artery wall starts to bulge, and if it ruptures it can cause life-threatening internal bleeding. The Mayo Clinic explains this can happen in any artery in the body, including the renal artery leading to the kidney.

Jones, who also works as a surgical technologist in addition to leading his church, was very aware of the risk.

"God used the story to save both our lives," Jones told the Post. "If I hadn't listened to God's voice to give my kidney, I might not have been here much longer if it ruptured."

"Nobody wants to help anybody anymore, at least you think, but I'm glad that there are still some people that are willing to help," he told WBTV.

More than 101,000 Americans are currently waiting for kidney transplants, the National Kidney Foundation reports, and fewer than 17,000 actually get a donor each year.