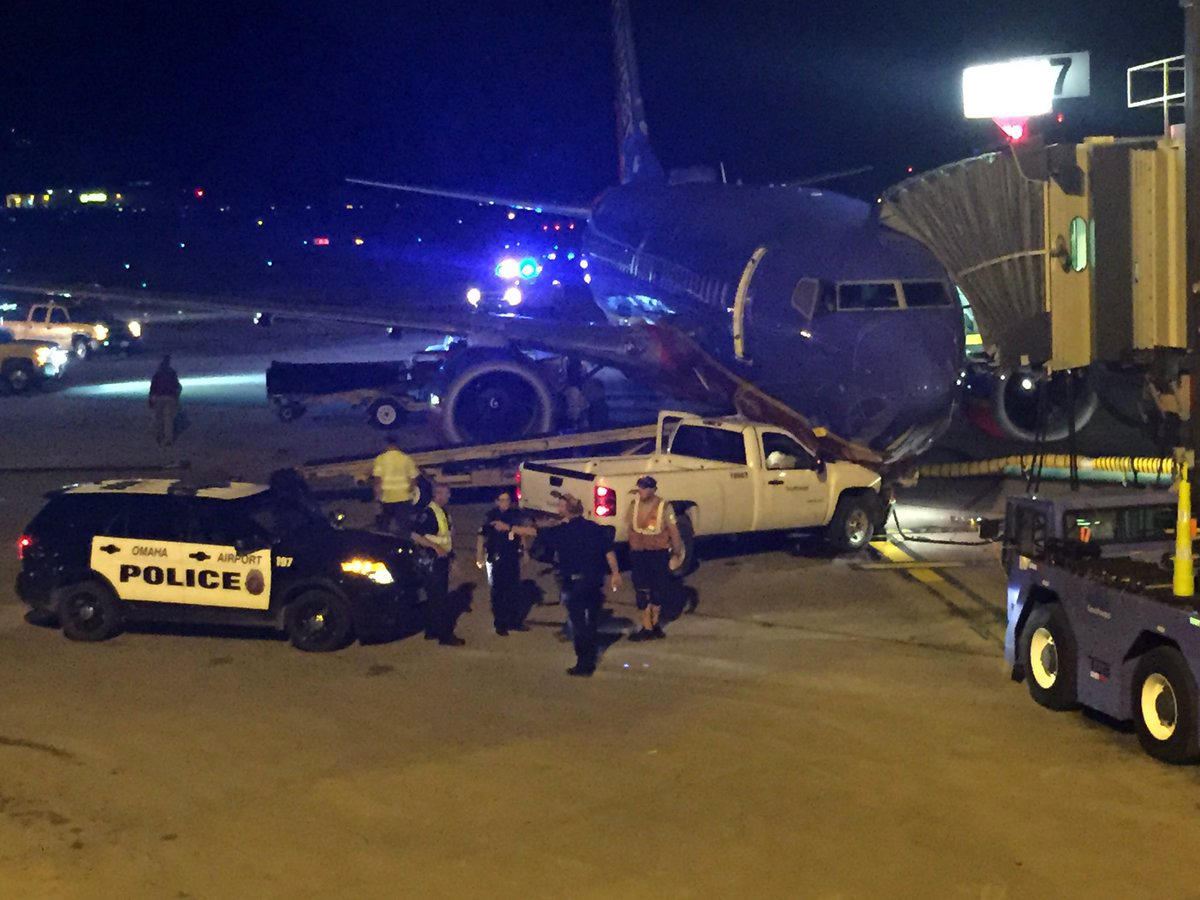 OMAHA, Neb. -- Authorities say a man wearing only boxer shorts stole a pickup and drove it into a Southwest Airlines plane at an airport in Omaha, Nebraska, causing minor injuries to three people on board.

Eppley Airfield Police Chief Tim Conahan says an officer spotted the man outside the terminal Thursday evening, screaming that people were trying to kill him. When officers approached, the man ran, climbed a fence into the gate area, undressed and stole an airline pickup. He drove into the plane, which was headed to Denver, as passengers were boarding.

As police chased the man outside the terminal, officers described him as having a shaved head, according to radio transmissions obtained by Broadcastify.

The man is in custody. His name hasn’t been released.

Southwest spokesman Chris Mainz told CBS News Friday that about 20 passengers were on the plane when the truck hit it.