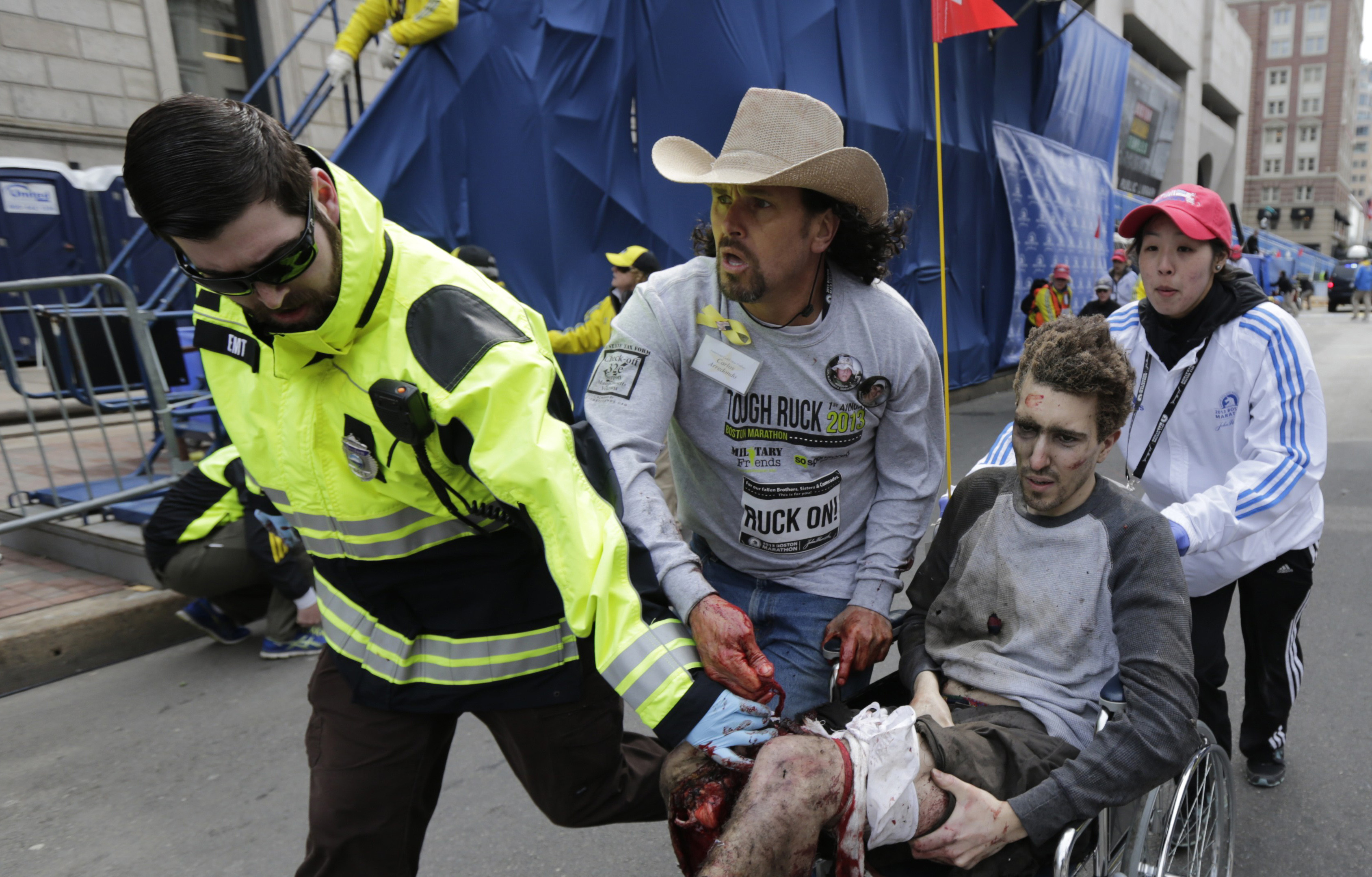 (CBS News) -- It has become one of the most iconic images captured in the immediate aftermath of the Boston Marathon bombings.

The photo shows a pale, badly injured man, sitting in a wheelchair and holding his left thigh. He is being helped by three people including a man wearing a cowboy hat.

The injured man, Jeff Bauman Jr., lost both his legs in the tragedy.

The man in the cowboy hat is 52-year-old Carlos Arrendondo, who ran toward the chaos when others were running away.

"Blood is everywhere. People asking for help, people crying, people running away. The smoke and the smell too was very powerful there," said Arrendondo.

When his 20-year-old son was killed in Iraq in 2004, Arrendondo was inconsolable. In his agony and rage, he set a van on fire and received help through counseling. Seven years later, his other son committed suicide.

Arrendondo was at the marathon as part of his healing process -- giving out flags at the finish line, in honor of veterans.

When the bomb went off, he ran to the aid of a man lying on the sidewalk, missing his legs.

"I went to the ground to comfort him and let him know that he's okay, the ambulance is on the way. To stay still, don't move. And I ended up picking him up from the ground to put him in a wheelchair that just arrived.

Arrendondo says he does not see himself as a hero.

"I wasn't doing nothing different from the other first responders who arrive at the scene," he said.

Arrendondo says he could not help his own sons but he believes fate helped him to save someone else's son yesterday.


When asked what his sons would have thought about what he did in Boston on Tuesday, he replies:

(Left: The White House reacts to the Boston Marathon tragedy.)

"They will see a father who really cares for others and also who loves them and (is) never going to forget them," he said.

As he left the scene of the bombings on Monday, Arrendondo had one flag left. He told those around him, America is bleeding.

Self-defense classes teach older Asian Americans how to fight back