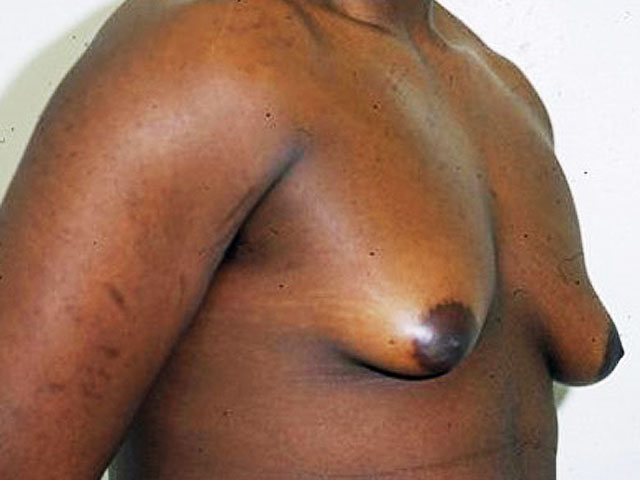 (CBS) Women dream of having big breasts. Men, not so much. But up to 60 percent of men suffer from a breast-enlarging condition known as gynecomastia, a.k.a. man boobs, according to Dr. Elliot W. Jacobs, the author of "Man Talk" and a New York City-based plastic surgeon who specializes in gynecomastia.

In some men, gymecomastia causes a tiny lump under one or both nipples. In others, the result is large, pendulous breasts. Either way, the condition can be hugely embarrassing.

Weight loss and cosmetic surgery can help get rid of man boobs. But what causes them in the first place? Most cases are "idiopathic," meaning there is no obvious cause. But other cases can stem from a variety of factors. CBS News got the skinny on them from Dr. Jacobs:

Aging. Sad but true: men often develop man boobs as they grow older. Typically, this is the result of hormone imbalances.

Alcohol abuse. Drinking severe enough to cause liver disease can alter the way the body metabolizes hormones, resulting in breast enlargement. Other hormone-disrupting conditions that can result in gynecomastia include kidney failure, malnutrition, and thyroid disorders.

Cancer. Some cases of gynecomastia are caused by hormone imbalances resulting from cancer, including that of the testicles and lung. In some cases, gynecomastia is caused by a benign tumor of the pituitary known as a prolactinoma.

Drug side effects. All sorts of prescription drugs can cause man boobs, including amphetamines, antidepressants, blood pressure drugs, antibiotics, and ulcer medications. Some herbal remedies can also be the trigger. In one small study, tea tree oil and lavender oil - common ingredients in shampoos, soaps, and lotions - was implicated in the development of childhood gynecomastia.

Hereditary disorders. Some cases of gynecomastic are inherited. One disorder that can cause man boobs is Klinefelter's Syndrome, in which there is an additional X chromosome in addition to the usual X and Y chromosomes. XXY men are sterile and big-breasted, according to Dr. Jacobs.

Obesity. Being overweight is a double whammy for guys concerned about their breasts. If the extra fat gets deposited on the chest, as it often does, the breasts will be larger, of course. And excessive fat stimulates the body's production of estrogen, spurring the growth of breast tissue. Further complicating the issue is the fact that some men with gynecomastia gain weight on purpose, thinking that a big belly might draw attention away from their breasts.

Puberty. Hormone levels surge at puberty, and this can cause breasts to swell in boys as well as in girls. Doctors often recommend "watchful waiting" for gynecomastia that arises during puberty, as many cases go away on their own. But if a boy's boobs persist for a couple of years, they're unlikely to go away without treatment.

Steroids. Bodybuilders who abuse anabolic steroids sometimes develop breast enlargement. The problem with steroids is they can be chemically changed into estrogen inside the body, resulting in the growth of breast as well as muscle tissue.

Time in the Womb. All babies are born with some breast tissue - boys as well as girls. And some male babies have enlarged breasts as a result of exposure to high levels of estrogen in the womb. Parents of chesty babies needn't worry, says Dr. Jacobs. Most cases resolve within a few weeks of birth.