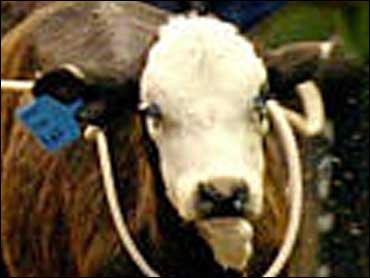 A 63-year-old man is charged with sexual gratification with an animal for allegedly having sex with calves.

Harold G. Hart, of Neillsville, allegedly told police that he routinely stopped at a Greenwood farm, usually after bar closing or on trips to strip clubs near Marshfield or Neillsville.

A criminal complaint filed in Clark County Circuit Court said the farm's owners installed a motion detector on Jan. 22 after regularly seeing footprints and vehicle tracks on their land. Around 4 a.m. the next morning, a sensor sounded and Hart was caught leaving the barn, but Hart allegedly said he just used a bathroom in the barn and had never been there before.

Hart told police he had sex with heifers before he went into the service in 1963 and resumed about a year ago at the farm. He admitted to using a rope to tie calves around the neck and estimated he had been to the farm "at least 50 times," according to the complaint.

He told police he never had sex with animals while maintaining a relationship with a girlfriend or his wife, the complaint said.

Hart also is charged with disorderly conduct and two counts of obstructing an officer. Each charge carries up to nine months in jail.

Hart is scheduled to appear in court March 10.