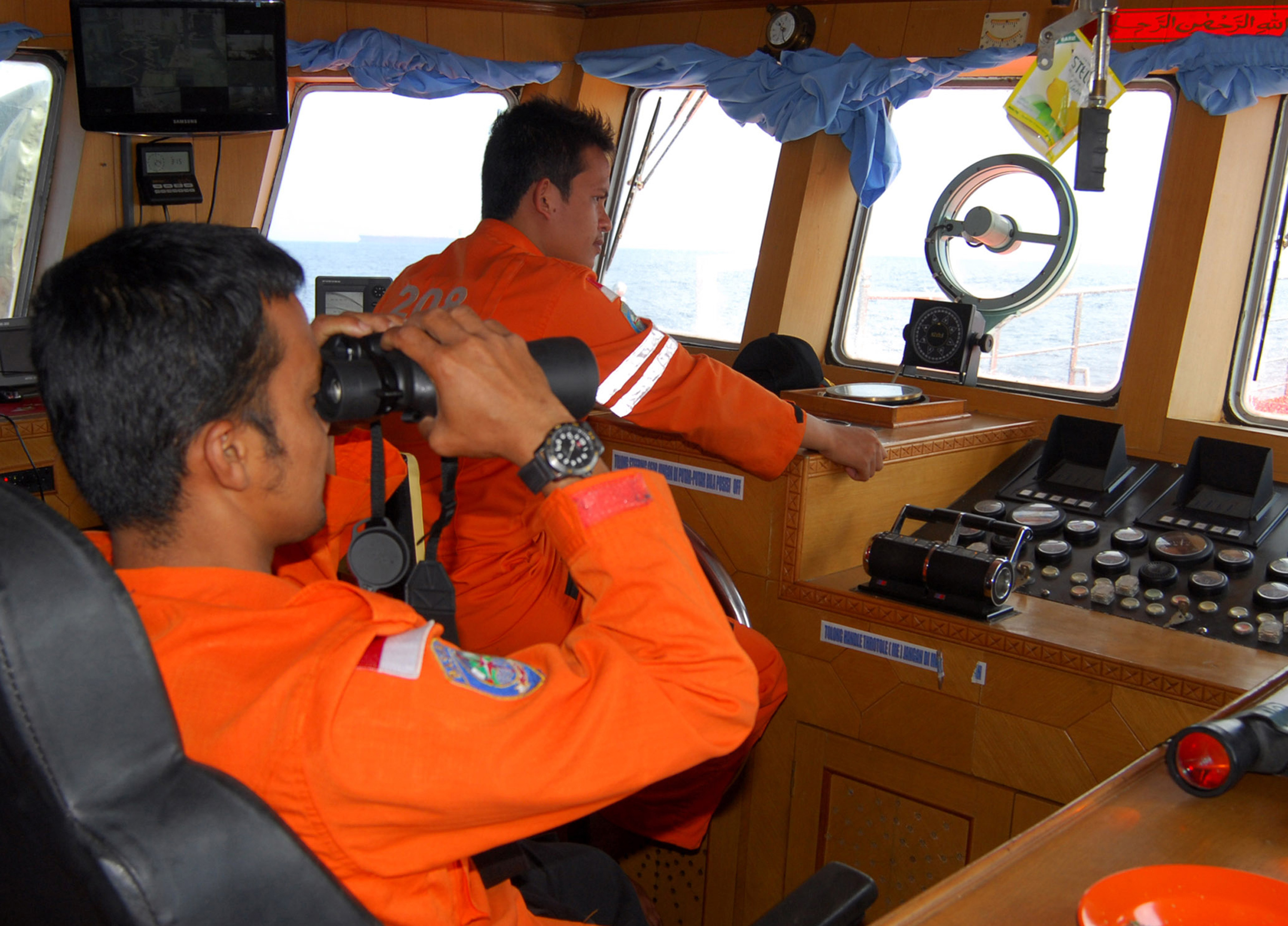 KUALA LUMPUR, Malaysia -- Malaysian authorities defended their handling of the hunt for the missing Boeing 777 on Wednesday even as they acknowledged they were unsure which direction the plane was headed when it disappeared, highlighting the massive task facing an international search mission now in its fifth day.

The mystery over the plane's whereabouts has been confounded by confusing and occasionally conflicting statements by Malaysian officials, adding to the anguish of relatives of the 239 people on board the flight -- two thirds of them Chinese.

"There's too much information and confusion right now. It is very hard for us to decide whether a given piece of information is accurate," Chinese Foreign Ministry spokesman Qin Gang told reporters in Beijing. "We will not give it up as long as there's still a shred of hope."

Malaysian Defense Minister Hishammuddin Hussein described the multinational search for the missing plane as an unprecedented and complicated effort and defended his country's efforts. Some 43 ships and 39 aircraft from at least eight nations were scouring an area of 35,800 square miles.

"It's not something that is easy. We are looking at so many vessels and aircraft, so many countries to coordinate, and a vast area for us to search," he said. "But we will never give up. This we owe to the families" of those on board.

Malaysia Airlines Flight 370 took off from Kuala Lumpur for Beijing early Saturday morning and fell off civilian radar screens at 1:30 a.m. about 35,000 feet above the Gulf of Thailand between Malaysia and southern Vietnam. It sent no distress signals or any indication it was experiencing any problems.

More in Malaysia Airlines Flight 370
Malaysian authorities have since said that air defense radar picked up traces of what might have been the plane turning back and flying until it reached the Strait of Malacca, a busy shipping lane west of the narrow nation some 250 miles from the plane's last known coordinates.

Military and government officials on Wednesday said American experts, and the manufacturer of the radar systems, were examining that data to confirm it showed the Boeing 777. Until then, they said the search would continue on both sides of the country, with an equal focus.

Dozens of ships and planes searching waters have failed to turn up anything, prompting officials to expand the hunt. Malaysia asked India to join the search for the missing jet in waters near the Andaman Sea -- far to the northwest of its last reported position.

"As of today, we have not found anything, but we are extending (the search) further," Hishammuddin said.

On Wednesday, the NTSB said in a statement that its investigators, who have expertise in air-traffic control and radar, were providing technical assistance to Malaysian authorities. The investigators traveled to Kuala Lumpur during the weekend.

"I am not saying it's flight MH370. We are still corroborating this. It was an unidentifiable plot," he said.

It's unlikely the plane would have flown across Malaysia without being detected by civilian radar unless its electrical systems, including transponders allowing it to be identified by radar, were either knocked out or turned off.

Orr says veteran crash investigators have been confounded by the Malaysian military reports on the radar sighting.

If it did in fact change direction so dramatically to the southwest, the jet might have flown hundreds of miles off course without maintaining radio or data contact with controllers.

For that to be possible, experts say the plane must have either suffered an electrical failure that disabled the transponder which reports location, altitude, and speed, or somebody in the cockpit deliberately turned it off. Orr says that's why investigators cannot rule out hijacking or a criminal act by the flight crew at this stage.

Authorities in fact haven't ruled out any possible cause, including mechanical failure, pilot error, sabotage or terrorism. Both the Boeing 777 and Malaysia Airlines have excellent safety records. Until wreckage or debris is found and examined, it will be very hard to say what happened.

Hishammuddin praised India for joining the efforts and vowed to keep up the search until the plane was found.

Earlier, Gen. Rodzali released a statement denying remarks attributed to him in a local media report saying that military radar had confirmed that aircraft flew west over and made it to the Malacca strait. The Associated Press contacted a high-level military official, who confirmed the remarks.

Indonesia air force Col. Umar Fathur said the country had received official information from Malaysian authorities that the plane was above the South China Sea, about 12 miles from Kota Bharu, Malaysia, when it turned back toward the strait and then disappeared. That would place its last confirmed position closer to Malaysia than has previously been publicly disclosed.

Confusion over whether the plane had been spotted flying west has prompted speculation that different arms of the government have different opinions over where the plane is most likely to be, or even that authorities are holding back information.

Asked about this, Hishammuddin said his government had been transparent from the start.

"There is only confusion if you want to see confusion," he said.

Choi Tat Sang, a 74-year-old Malaysian man, said the family is still holding out hope that the plane and all on board are safe. His daughter in law, Goh Sock Lay, 45, is the chief stewardess on the flight. Her 14-year-old daughter, an only child, has been crying every day since the plane's disappearance.

"We are heartbroken. We are continuing to pray for her safety and for everyone on the flight," he said.

The mother of passenger Zou Jingsheng, who would only give her name as Zou, wept and spoke haltingly about her missing son while staying at a hotel near the Beijing airport. She expressed frustration with the airline and the Malaysian government over their handling of the case.

"I want to talk more, but all this is very stressful, and after all it is my son's life that I am concerned about. I just want to know where he is, and wish he is safe and alive," she said.