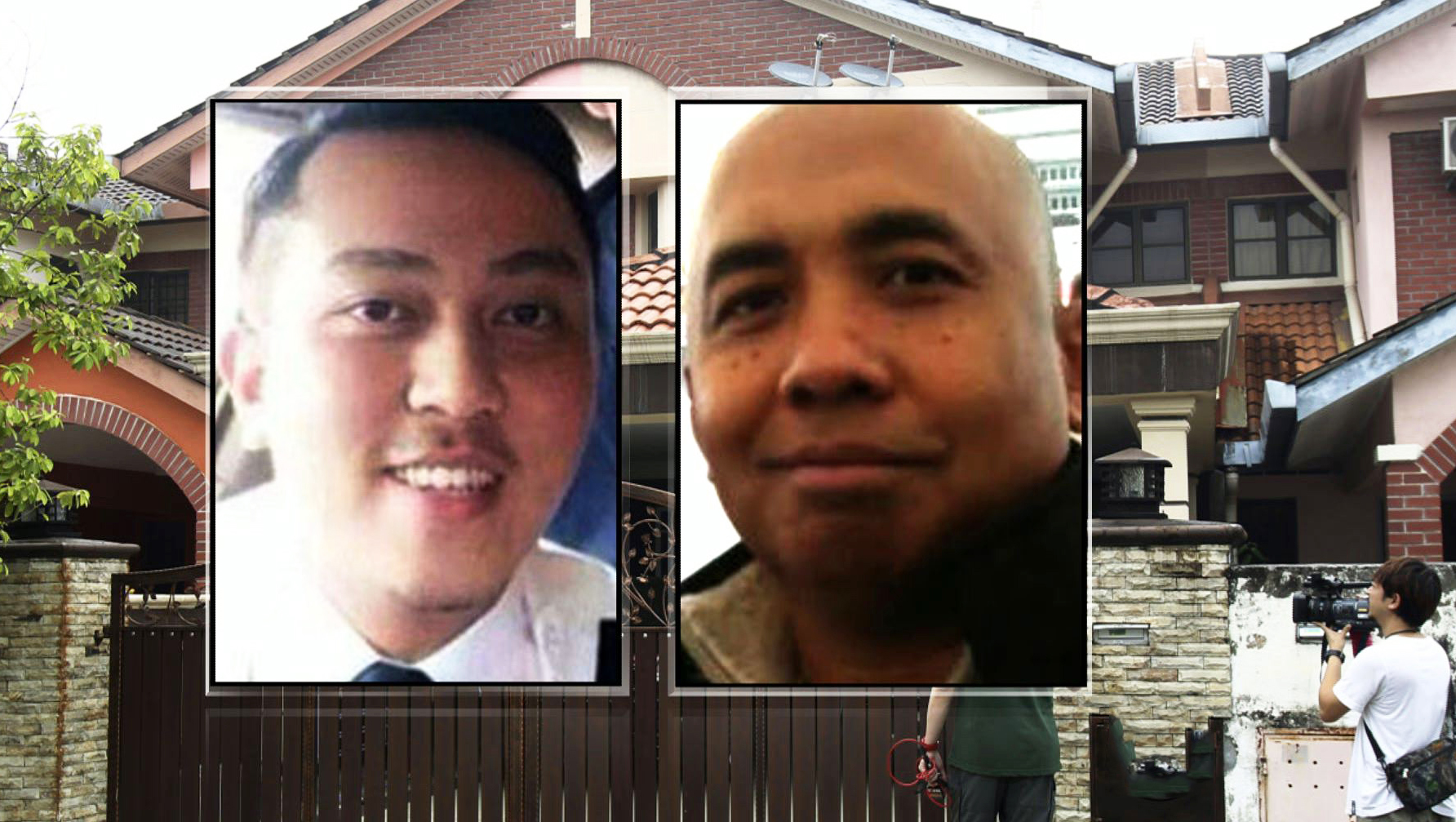 KUALA LUMPUR, Malaysia - When someone at the controls calmly said the last words heard from the missing Malaysian jetliner, one of the Boeing 777's communications systems had already been disabled, authorities said Sunday, adding to suspicions that one or both of the pilots were involved in disappearance of the flight.

Investigators also examined a flight simulator confiscated from the home of one of the pilots and dug through the background of all 239 people on board, as well as the ground crew that serviced the plane.

The Malaysia Airlines jet took off from Kuala Lumpur in the wee hours of March 8, headed to Beijing. On Saturday, the Malaysian government announced findings that strongly suggested the plane was deliberately diverted and may have flown as far north as Central Asia or south into the vast reaches of the Indian Ocean. Authorities have said someone on board the plane first disabled one of its communications systems - the Aircraft and Communications Addressing and Reporting System, or ACARS - about 40 minutes after takeoff. The ACARS equipment sends information about the jet's engines and other data to the airline.

Around 14 minutes later, the transponder that identifies the plane to commercial radar systems was also shut down. The fact that both systems went dark separately offered strong evidence that the plane's disappearance was deliberate.

On Sunday, Malaysian Defense Minister Hishammuddin Hussein said at a news conference that that the final, reassuring words from the cockpit - "All right, good night" - were spoken to air traffic controllers after the ACARS system was shut off. Whoever spoke did not mention any trouble on board.

Air force Maj. Gen. Affendi Buang told reporters he did not know whether it was the pilot or co-pilot who spoke to air traffic controllers.

Given the expanse of land and water that might need to be searched, finding the wreckage could take months or longer. Or it might never be located. Establishing what happened with any degree of certainty will probably require evidence from cockpit voice recordings and the plane's flight-data recorders.

The search area now includes 11 countries the plane might have flown over, Hishammuddin said, adding that the number of countries involved in the operation had increased from 14 to 25.

"The search was already a highly complex, multinational effort," he said. "It has now become even more difficult."

The search effort initially focused on the relatively shallow waters of the South China Sea and the Strait of Malacca, where the plane was first thought to be. Hishammuddin said he had asked governments to hand over sensitive radar and satellite data to try to get a better idea of the plane's final movements.

With more information, he said, the search zone could be narrowed "to an area that is more feasible."

Malaysia is leading the search for the plane and the investigation into its disappearance.

Investigators are trying to answer these questions: If the two pilots were involved in the disappearance, were they working together or alone, or with one or more of the passengers or crew? Did they fly the plane under duress or of their own will? Did one or more of the passengers manage to break into the cockpit or use the threat of violence to gain entry and then seize the plane? And what possible motive could there be for diverting the jet?

Malaysia's police chief, Khalid Abu Bakar, said he asked countries with citizens on board the plane to investigate their backgrounds, no doubt looking for anyone with terrorism ties, aviation skills or prior contact with the pilots. He said that the intelligence agencies of some countries had already done so and found nothing suspicious, but he was waiting for others to respond.

Police searched the homes of both pilots Saturday, the first time they had done so since the plane vanished, the government said. Asked why it took them so long, Khalid said authorities "didn't see the necessity in the early stages."

Police confiscated the elaborate flight simulator that one of the pilots, Zaharie Ahmad Shah, had built in his home and reassembled it in their offices to study it for clues, Khalid said.

Zaharie, 53, who has three grown children and one grandchild, had previously posted photos online of the simulator, which was made with three large computer monitors and other accessories. Earlier this week, the head of Malaysia Airlines said the simulator was not in itself cause for any suspicion.

A CBS News crew tried Sunday to visit the gated community where Zaharie lives, but the crew was turned away by beefed-up security.

Malaysian police were also investigating engineers and ground staff who may have had contact with the plane before it took off, Khalid said.

Even though the ACARS system was disabled on Flight 370, it continued to emit faint hourly pulses that were recorded by a satellite. The last "ping" was sent out at 8:11 a.m. - 7 hours and 31 minutes after the plane took off. That placed the jet somewhere in a huge arc as far north as Kazakhstan in Central Asia or far into the southern Indian Ocean.

While many people believe the plane has crashed, there is a small possibility it may have landed somewhere and be relatively intact. Affendi, the air force general, and Hishammuddin, the defense minister, said it was possible for the plane to "ping" when it was on the ground if its electrical systems were undamaged.

Australia said it was sending one of its two AP-3C Orion aircraft involved in the search to remote islands in the Indian Ocean at Malaysia's request. The plane will search the north and west of the Cocos Islands, a remote Australian territory with an airstrip about 745 miles southwest of Indonesia, military chief Gen. David Hurley said.

Given that a northern route would have sent the plane over countries with busy airspace, most experts say the person in control of the aircraft would more likely have chosen to go south. The southern Indian Ocean is the world's third-deepest and one of the most remote stretches of water in the world, with little radar coverage.

Whoever disabled the plane's communication systems and then flew the jet must have had a high degree of technical knowledge and flying experience, putting one or both of the pilots high on the list of possible suspects, Malaysian officials and aviation experts said.

Zaharie, the captain, was a supporter of a Malaysian opposition political party that is locked in a bitter dispute with the government, according to postings on his Facebook page and a friend, Peter Chong, who is a party member.

Chong said that he last saw Zaharie a week before the pilot left on the flight for Beijing and that they had agreed to meet on his return to organize a shopping trip for poor children.

"If I am on a flight, I would choose Captain Zaharie," he said. "He is dedicated to his job. He is a professional and he loves flying."

No one answered the door Sunday at the home of co-pilot Fariq Abdul Hamid, but neighbors said there had been increased police presence in the area.

Neighbors said the family was quiet and kept to themselves. One man called Hamid, 27, "a nice boy who goes to mosque quite often."