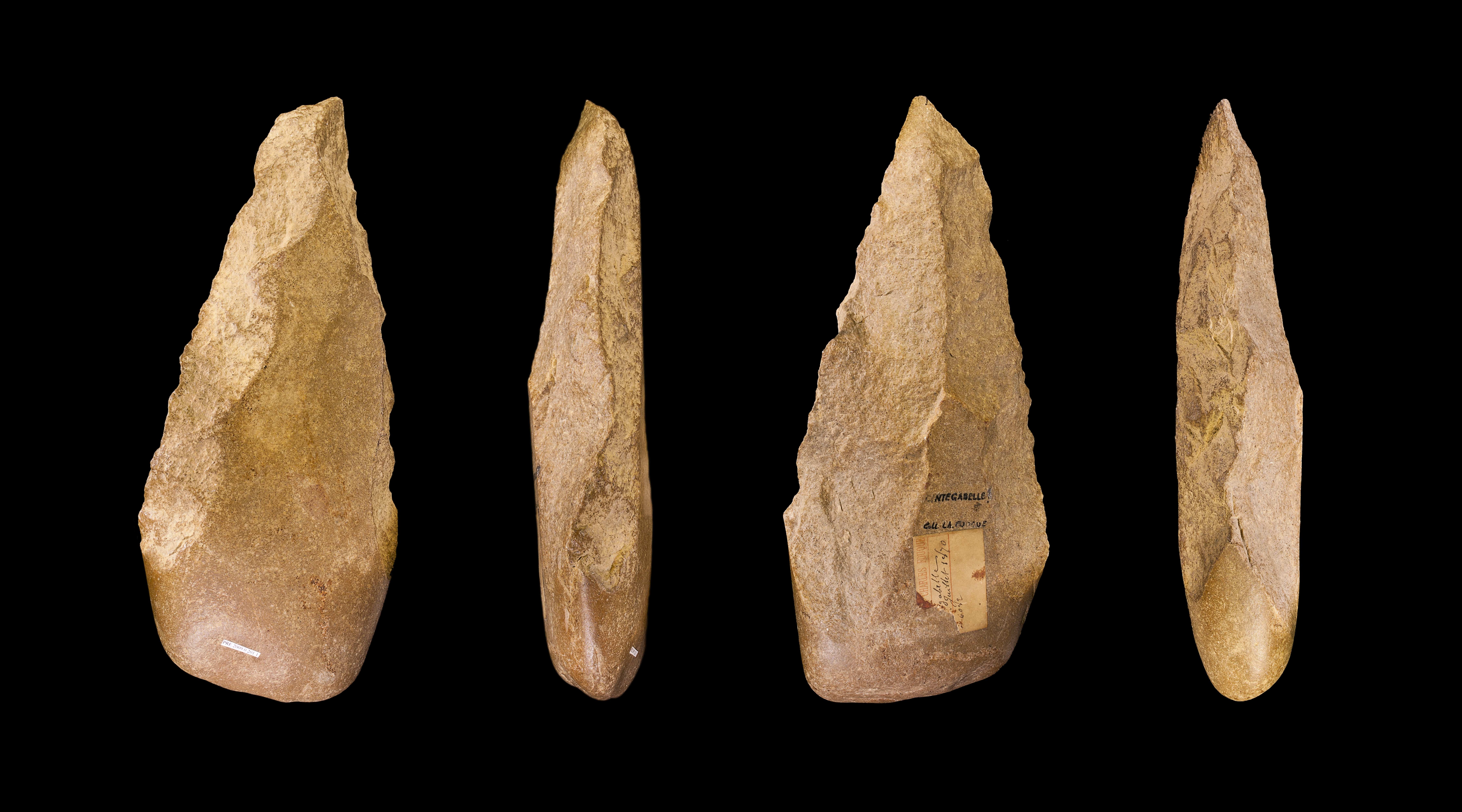 Maybe those stone tools crafted by our ancestors were more than just prehistoric knives used to slice apart dead gazelle, zebra or other game animal across Africa. A new study in the journal Nature Communications suggests the process of making tools could have also facilitated the development of language.

"Our findings suggest that stone tools weren't just a product of human evolution, but actually drove it as well, creating the evolutionary advantage necessary for the development of modern human communication and teaching," said Thomas Morgan, lead author of the study and a postdoctoral researcher in psychology at UC Berkeley.

There has long been a debate over when human language emerged, with dates ranging from almost 2 million years ago with Homo erectus to more recently with modern humans only 100,000 years ago.

Support for the earlier dates has gained traction as scientists have come up with innovative ways to study the relationship between the tool making and language. Several studies have demonstrated that regions of the brain active when making tools are the same that light up when language is used.

Thomas and his colleagues chose a more hands-on approach. They recruited 180 students and taught them to make Oldowan stone tools -- named for the Olduvai Gorge in Tanzania where they were first found -- which were used as far back as 2.5 million years to 1.2 million years ago. Making the simple tools involves hammering a hard rock against certain volcanic or glassy rocks, like basalt or flint, to get sharp pieces of rock known as flakes.

To investigate the role of language, Thomas's team gave the students various levels of instructions on how to make the tools. One group, for example, only had the chance to look at the tools before making one. A second group had the chance to observe someone making the tools while a third was given five minutes of charade-style, nonverbal instruction. A final group was taught how to make the tools with full use of spoken language.

"The more complex communication we allowed, the better the performance was," Thomas said, adding that the numbers of tools produced increased from 15 for those not using language to 25 for those that did.

Thomas said the results support the hypothesis that language evolved alongside tool making and that some sort of language would have been required to transition from simple Oldowan tools to the more complex Acheulean technology that included such tools as cleavers and hand axes and dates from 1.75 million to 200,000 years ago.

"Given the complexity of Acheulean tools, we can say with confidence there must have some some kind of teaching going on," he said. "They were sufficiently complicated. It would have take a long time to acquire them just by like watching someone. It was more likely there was some sort of teaching. A fully modern language seems really implausible but at this point 1.8 million years ago a sort of limited proto language -- some sort of symbolic form of communication -- does seem like a a reasonable possibility."

Nicholas Toth, co-director of the The Stone Age Institute and a professor in the department of anthropology and cognitive Science Program at Indiana University, praised the study and said he believed a proto language -- one defined possibly by gestures and sounds -- most likely developed during the Acheulean period when human brains became much larger and our ancestors lived in larger social groups.

"It wouldn't surprise me at all that in early Acheulean they had specific sounds or gestures that represented specific things in their lives and environment -- individual in their groups, predators or food groups," he said. "It's very hard to prove but language probably started in a way like that."

But others researchers had their doubts.

Dietrich Stout, an assistant professor of anthropology at Emory University who has been part of several other studies that have shown that stone tool making activates parts of the brain that also have to do with language, said the study was "very well designed" but that the short period of teaching posed a challenge.

"The authors have taken an important step in this direction and provided a foundation for future work but it is important to recognize that these are early days and there are still major limitations on the conclusions we can reach," Stout said in an e-mail interview, pointing to the 5 minutes of teaching given to each student.

Thomas Wynn, professor of anthropology at the University of Colorado, Colorado Springs, said he remains a "skeptic" that language could have developed this early in our history, adding that none of the stone tools experiments with modern humans were enough to convince him otherwise.

"Acheulean handaxes tell us some very interesting things about hominin cognition, but language does not seem to be one of them," Wynn said. "I do not think we can even begin to consider the possibility of language until the appearance of Homo heidelbergensis," an early human ancestor which lived from 700,000 to 200,000 years ago.

Thomas acknowledged the study had its limitations including the fact that no one really knows what levels of communication was involved in making the Oldowan tools.

"Ideally it would be great to get a load of Oldowan hominins into the lab and see how they are communicating when they are making these tools," he said. "Sadly that is not available."

So they have work with the "participants we can find" and continue to improve the experiments, he said. One future line of inquiry could be designing the experiments to focus on specific words -- rather than language in general -- to see which proved important in the tool making.

"You could do a similar experiment but you could say to the people, well, you can use language but you can only use these words like yes, no, good or bad and see how well they do," he said. "Maybe future work could pin down what are the aspects of language which are the helpful ones."